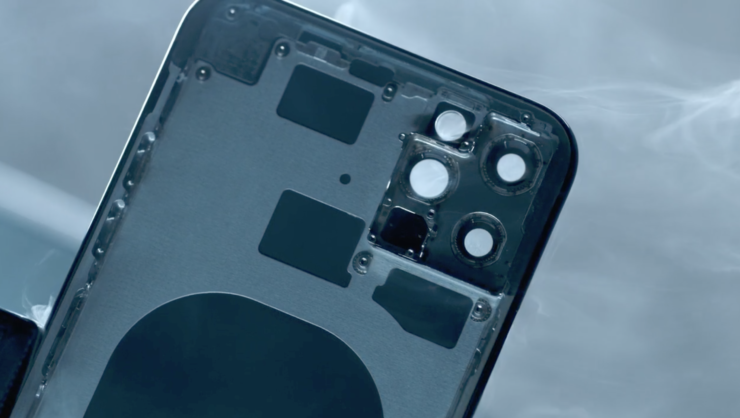 One cool feature that got thrust into the mainstream this year courtesy first of the Samsung Galaxy Note 10 and then of Apple's iPhones is audio zooming during video recording. This feature isn't new in the smartphone world. LG first introduced it on the LG G2 way back in 2013. Now, Samsung's Note and Apple's iPhone lineups have brought it back into the spotlight. Today we've got a test of the feature on the iPhone 11 and Note 10 Plus, and based on this single comparison, it looks as if the iPhone comes out on top. Take a look below for more details.

Apple's new chip, the A13 is optimized for machine learning. The Cupertino tech giant has been making specific leaps with each generational upgrade of the An chips. Last year's A12 came with the largest neural engine on an Apple smartphone chip, and this year, the company has gone as far as even bring the A13's SoC in to perform machine learning computations.

Therefore, the iPhones are getting better each year at being able to combine different functional parameters (computations, GPUs, inferencing) to deliver improved performance over their predecessor. Now, the microphones that are present in three different locations on an iPhone might outclass the Samsung Galaxy Note 10 Plus in Audio Zoom.

A test conducted by iPhonedo sets out to test whether it's the iPhone 11 or the Note 10 Plus that comes on top when we talk about zooming into audio during video recording. This test, which you can see below, shows that while both devices don't amplify sound from the source they're focused on, the iPhone 11 does the better job of reducing input from sources (the fountain in this case) that the gadget is not focused on.

This makes us curious about the methodology behind audio zooming on the iPhone 11 and Note 10 Plus, and the reason behind Apple's device being able to perform better. The iPhone 11 has microphones for audio input in three different locations. These are located at the bottom, at the front-top and in the rear camera setup. While the Note 10 Plus too has three microphones, only the one present near the device's rear camera setup is used for zoom-in-mic (Zoom Audio).

Given that Apple's been late to the stereo recording party (only with last year's iPhones), it's surprising how the iPhone 11 manages to directionally isolate sound. Since we've got no clues, we can only speculate at this point. Right now, it's looking as if software optimizations might be doing the trick, but maybe Apple's got a trick up its hardware hat as well.