It's only a few hours until Apple launches its new tablet duo, however, in a very unlikely event someone has leaked the real shots of upcoming iPad Air 2. These alleged iPad Air 2 shots come through a Chinese social networking site possibly through some supplier factory. As expected from numerous leaks and details, iPad Air 2 looks very thin and will definitely be the lightest among the lot. The tablet sports the highly talked-about Touch ID fingerprint sensor which is expected to arrive on both the latest tablets from Apple this year making them ready for Apple Pay. Apple Pay is arriving on October 20 with the iOS 8.1 update. 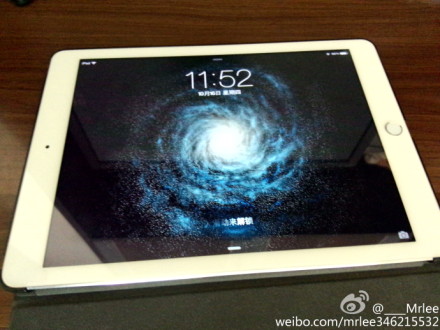 iPad Air 2 leaks ahead of launch:

There is no doubt that someone is going to get into trouble with this official looking shot. However, they can very well be some fakes deriving the design from iPad Air and thinning it a bit. In any case, we cannot deny there being the possibility of original shots of an actual iPad Air 2. Apple's iPad Air 2 is expected to be the thinnest slate in the market and this device does look quite slim enough. 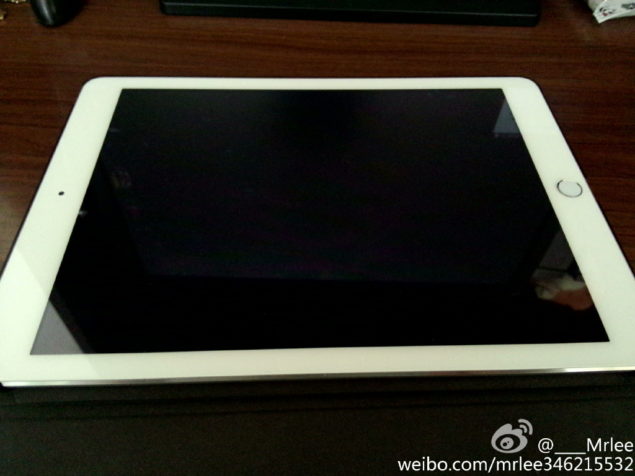 Apple is expected to launch iPad Air 2 along with iPad mini 3 at today's event. iPad Air 2 will carry a very compact chassis, sport a Touch ID fingerprint sensor, an improved A8X processing chip, and enhanced 8-megapixel iSight primary shooter. We will be looking at the real deal in the matter of a few hours which will confirm if these images coming from China are a hit or a miss.