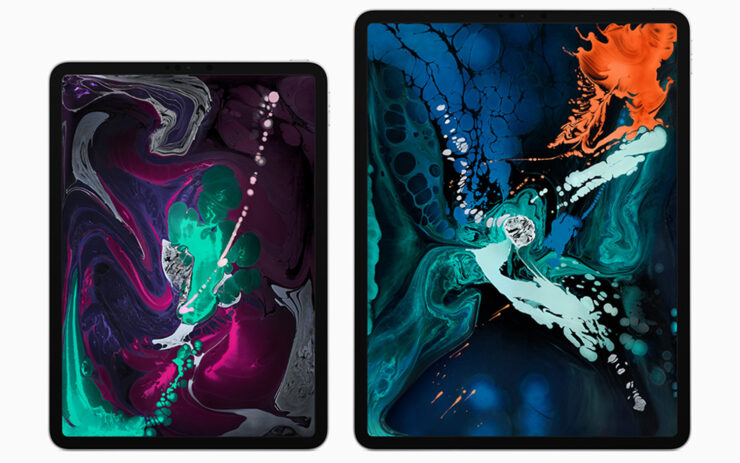 The latest report is out on global tablet sales as well as market share details. Unfortunately, the overall market saw a 4 percent year-on-year decline in the last quarter with total shipments of 38.2 million units. Despite the slowdown, Apple managed to grow its shipments, with the company’s iPad market share for Q3 2019 growing in the process.

With 10.1 million tablet sales in the July-September period, Apple’s iPad market share for Q3 2019 increased to 26.5 percent from 24.4 percent in the year-ago quarter. Overall, the shipments saw a 4 percent year-over-year growth. While that’s certainly impressive, Amazon saw a much larger 141 percent spike in sales, with sales totaling 5.3 million units. While Apple certainly needs to watch out, it appears that Amazon’s success largely hinges on low retail prices and sales. On the other hand, it seems that the Cupertino giant’s customers don’t mind shelling out a huge amount to get their hands on its pricier slates.

Although the iPad shipments apparently increased by 4 percent in Q3 compared to the same period last year, Apple’s revenue jumped 8 percent. That’s because the ASP (average selling price) of the iPad increased by 9 percent. As you might have guessed, this implies customers are still drawn towards last year’s more expensive iPad Pro and why wouldn’t they. It’s faster than any tablet on the market right now, even matching a 2018 15-inch MacBook Pro speeds in synthetic benchmarks, comes with a new design, and Face ID support. 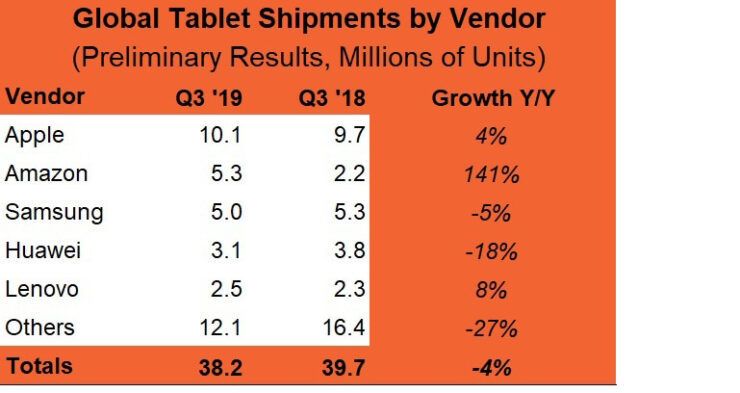 Perhaps the higher iPad market share for Q3 2019 also benefited from the fact that Apple is trying to make the iPad more of a productivity centric device, by including keyboard support for various models as well as embedded SIM (eSIM) for all cellular variants. With iPadOS officially here, it’s expected to simplify the workflow for a lot of users, though one can say that there’s still room for improvement. According to one report, the iPad would become a productivity powerhouse if proper keyboard and mouse support were added to the mix.

It’s possible Apple might add these features in the future, and in the act, perhaps we could see a higher figure than the current iPad market share for Q3 2019.