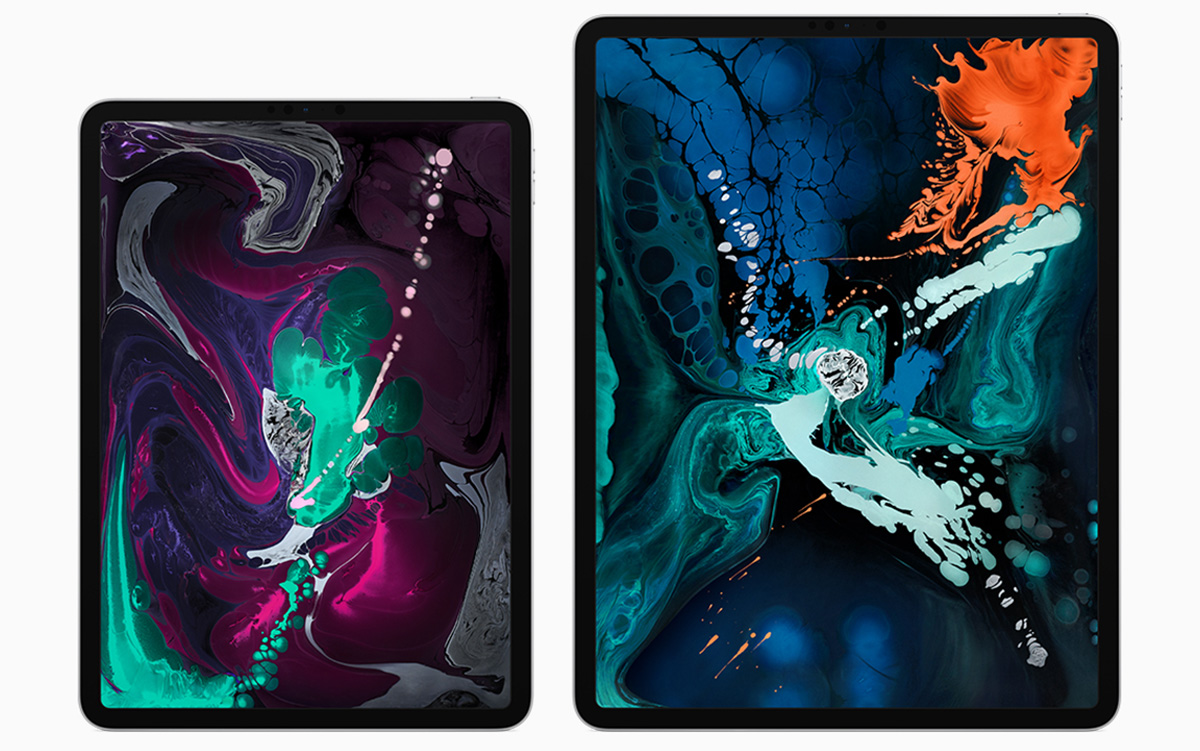 During the iPad Pro announcement, Apple showcased the performance of its A12X Bionic chipset, which is made using TSMC’s 7nm FinFET architecture. The SoC is the first from the company to feature an octa-core processor. The tech giant also went on to say that it can deliver the performance of an Xbox One and in a package that is 94 percent smaller. Now, the latest string of benchmarks for the iPad Pro has come forth, revealing that Apple’s latest tablets are nearly as fast as a 2018 15-inch MacBook Pro. In case you didn’t know, the latest iteration of the company’s 15-inch notebooks feature a 6-core CPU, with the decked out version sporting a Core i9 chip.

On Geekbench, scores of the iPad Pro have leaked, revealing massive performance gains. In the single-core test results, the slate is able to achieve scores of 5,000+ while touching nearly 18,000 points in the multi-core results. Though it is slower than the Core i9-powered 15-inch MacBook Pro, the score gap has been reduced significantly. 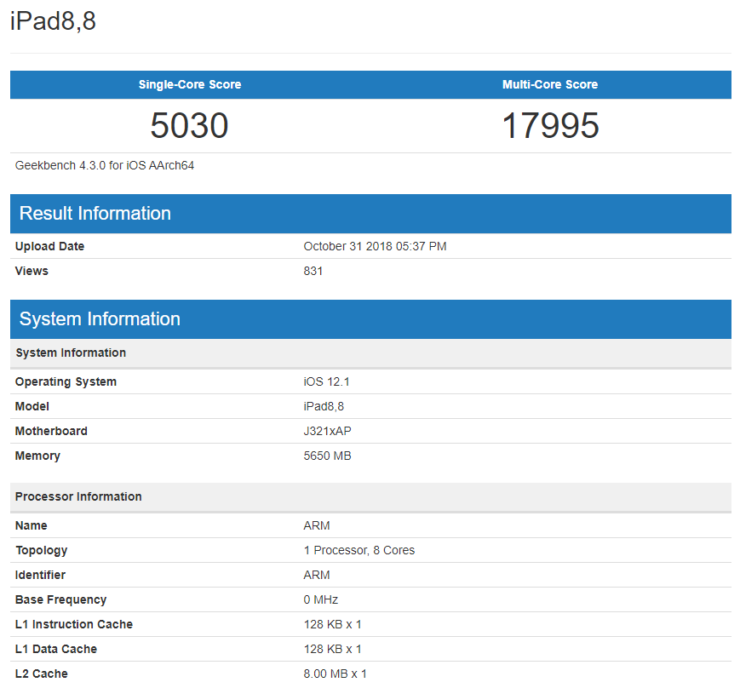 Another thing that you’ll notice in the benchmarking image is that the tablet features 6GB of RAM. This shows that what we reported about previously has been backed up. However, to get this much memory from an iPad Pro, you’ll most likely have to pick up the 1TB storage model of either the 11-inch or 12.9-inch of Apple’s latest tablet lineup. None of these devices feature a home button, as that had to be removed to slim the bezels as well as the include Face ID. 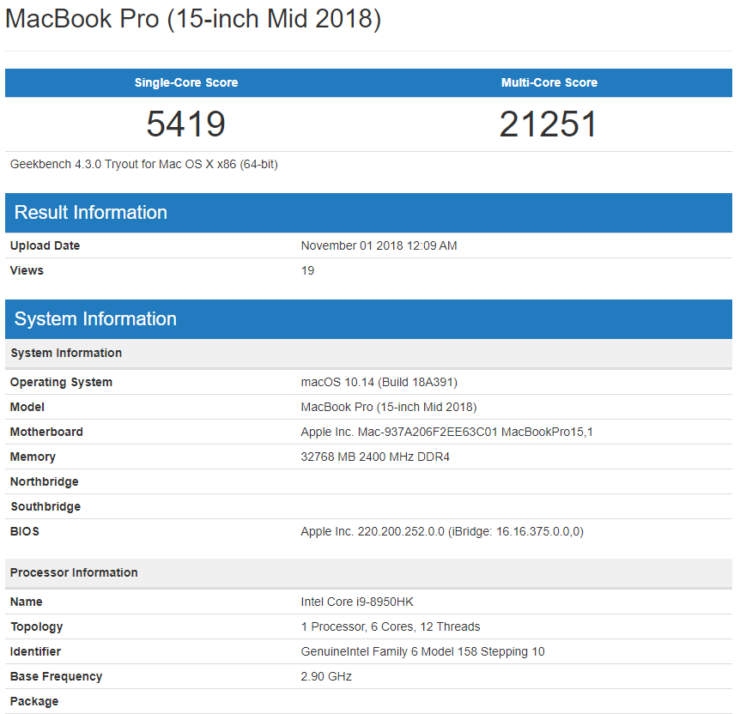 With more RAM in your iPad, a lot of apps will remain frozen in that memory, and you’ll have a lot of Safari and Chrome tabs opened without having them to reload. Additionally, a lot of features are going to be coming to iOS 13, and that will require future devices to boast more RAM.

What do you think of the latest results? Tell us your thoughts down in the comments.