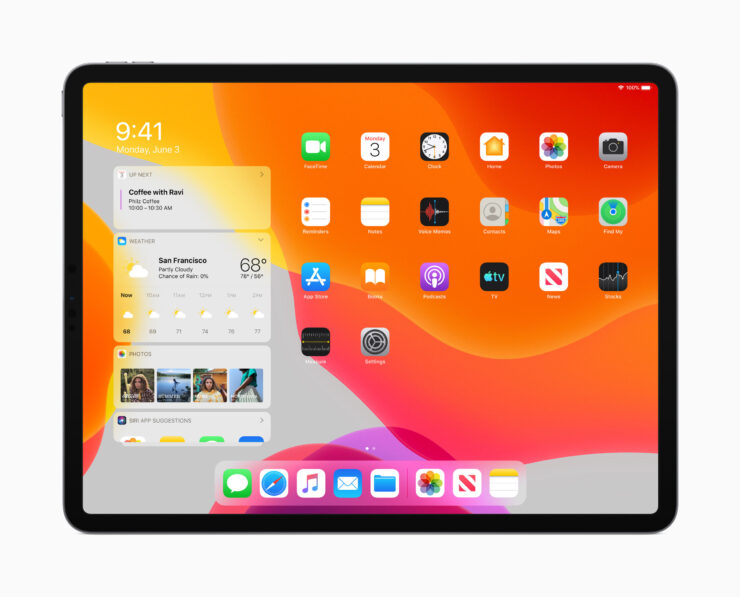 There were already whispers suggesting that Apple would be launching something called iPadOS for its tablet division and now here it is, at the company’s annual developers conference. There have been numerous features introduced to iPadOS, and as Apple is marketing its iPad series as the ideal laptop replacement, these features are expected to improve several things for users. Here is everything Apple announced during the WWDC 2019 keynote for the iPadOS.

iPadOS Now Makes It Much Simpler for You to Attach Your Thumb Drives, as Well as Have a Better Browsing and Workflow Experience; Here Are All the Features Added

One of the biggest change is that the homescreen is now denser, meaning that users will be able to fit in and see more icons per page. Additionally, users will also be able to slide out a permanent widgets column on the left of the screen for easy access to various updates, depending on the work they are doing. With an iPad running the latest OS, users could already enable a split-screen view but with iPadOS, you can now have multiple windows open per application, and that too in split views. 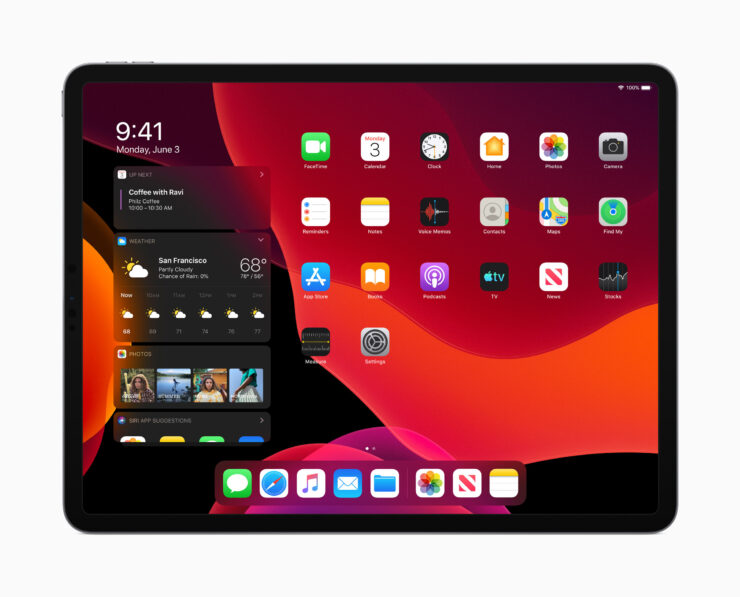 You’ll also be able to see link previews when you long press them. Also, previously, attaching storage peripherals would not have been a possibility, especially if you were a photo or video editor who needed to work on the iPad but all that has changed. iPadOS introduces external disk drive and SD card support natively. This feature is also ‘plug and plug’; just plug in the flash drive, SD card, or anything for that matter, and you will effortlessly be able to access this storage from the Files app, and use the data accordingly. 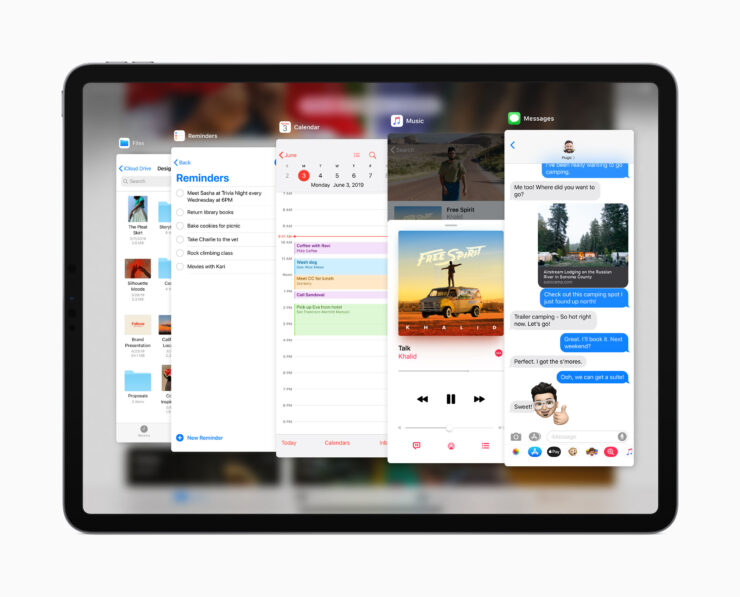 Apple’s cloud storage service iCloud Drive now supports folder sharing, whereas previously, only files were supported. For users who previously despised the browsing experience on Safari will now be able to experience desktop-class browsing thanks to iPadOS. With better compatibility for web-apps like Google Docs or Squarespace, Apple aims to provide media consumption buffs a better way to stream videos and those demanding productivity, a proper and workable solution. Safari will also get new keyboard shortcuts and a download manager.

To get customizable fonts, Apple will also be adding custom font support to iPadOS. Users will be able to download font libraries from the App Store. Since the iPad is a touch-based computing machine, using the touch interface might provide a soothing experience, but finger shortcuts were still limited. Apple is slowly providing more flexibility thanks to iPadOS as there are now three-finger gestures for cut-copy-paste, including a three-finger swipe to undo what you previously did. 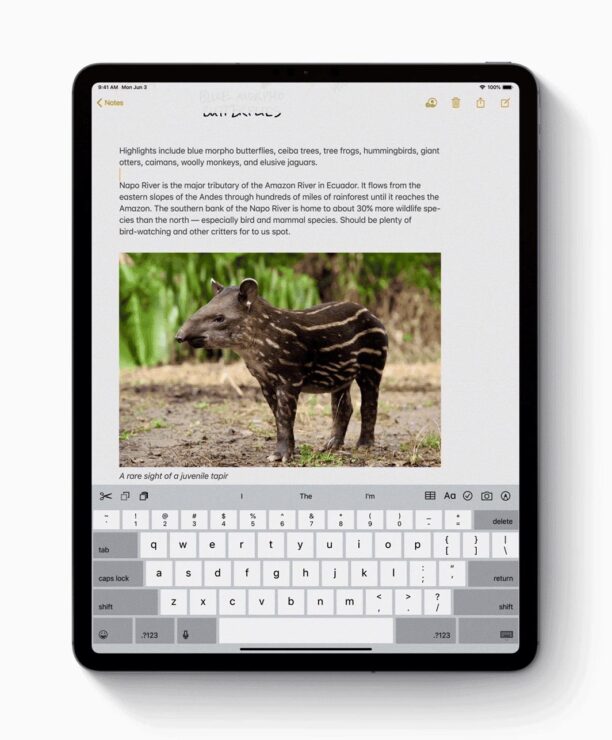 Latency for the Apple Pencil is dropping from 20 milliseconds to 9 milliseconds for even more responsive interactions and in case you didn’t know, 10 milliseconds cannot be perceived by the human eye. There’s also a new compact layout keyboard mode for the iPad, which shrinks down the keyboard to only occupy a fraction of the screen space, so you have more screen real estate to view other elements. 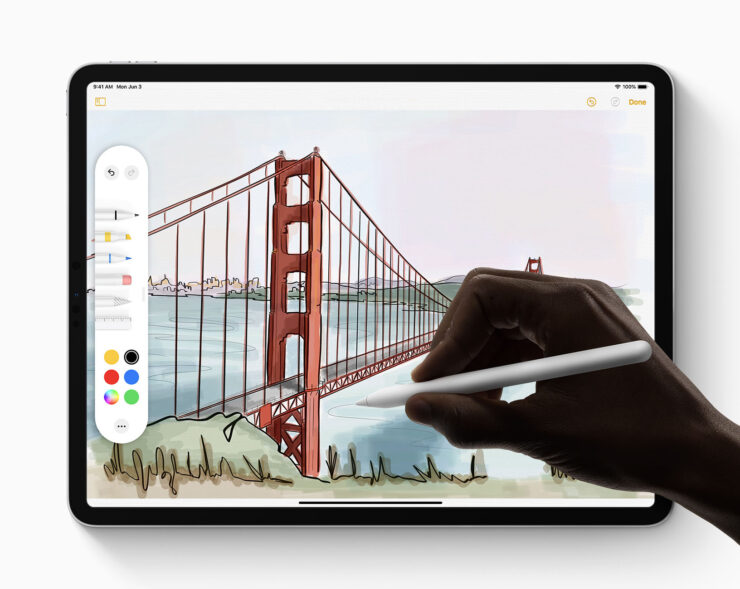 With all of these changes, Apple intends on bringing fluidity and flexibility to its tablet lineup, through iPadOS. The update will be arriving later this year, and we’ll have to see just how simple it has made things for users looking to ditch their bulkier notebooks.

We have loads of coverage for you and more is on its way, so make sure to get all the latest updates here and see what Apple has or will announce.

Apple Releases iOS 13.1.2 and iPadOS 13.1.2 with Camera, iCloud Backup, Flashlight and Other Fixes