iOS 8.2 Jailbreak Status Update: Can I Jailbreak Yet?

Today has been a busy day in the world of jailbreaking, and one that hasn't passed without its share of drama. Jailbreak fans far and wide locked into Twitter, Weibo, and the TaiG website in anticipation of the rumored iOS 8.2 jailbreak's appearance, which was reported to be coinciding with the Mobile Security Summit held in Beijing, China. 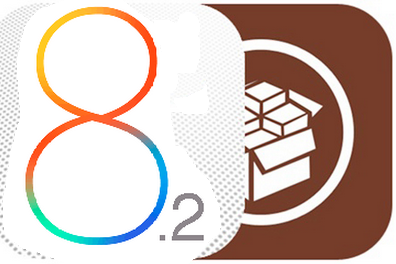 The event, which boasted the presence of TaiG as well as the likes of p0sixninja and comex, provided a platform for some of the progressive advocates of the jailbreaking scene to share and explore new avenues in the constant battle to find gaps in Apple's software. It might also have been a good opportunity for a new jailbreak to have rolled out, but with comex having tweeted confirmation that no announcement or release had been made to this effect, the wait continues:

By the way, no - there wasn’t any jailbreak release today. ;p

The fact that no iOS 8.2 jailbreak has been released, despite TaiG's earlier claims that it had the necessary exploits in place, could be attributed to a number of factors. If Apple has blind-sided TaiG by patching the key vulnerability before a jailbreak could occur, as the iOS 8.2 release log suggests, then work will likely remain ongoing, and once the new exploits are discovered and utilized, we can begin to look forward to our next jailbreak.

Then again, it's equally possible that a jailbreak has already been found, but not yet released. Holding onto a working jailbreak, while seeming like a risky move that could sting TaiG if somebody else were to sweep through with a surprise iOS 8.2 jailbreak, does make quite a bit of sense given the state of iOS 8.2 right now.

The software, which was pushed off the back of Apple's special Spring Forward event in early March, seems to pack more bugs that it does features, and as we wait in hope of some fixes with the in-beta iOS 8.3, it could be that TaiG is also sitting back and waiting for a more stable edition of iOS to arrive.

The fact that we haven't seen an iOS 8.2 or iOS 8.1.3 jailbreak today is a little disheartening, but since most of the build-up was based on rumor anyway, we always looked ahead to the Mobile Security Summit more in hope than expectation.

So, where does this leave us now? We'll just have to wait and see what TaiG, along with Pangu and all of the other key figures, can muster in the near future. Rather than dropping any hints or offering clues, the most knowledgeable jailbreak hackers are keeping notably quiet at the moment, but as soon as they happen to pipe up with any exciting information, we'll let you in on all of the exciting stuff.

Are you still holding out hope of an iOS 8.2 jailbreak?