Apple seeded out iOS 8 to public today bringing a lot to talk and consider about the latest mobile OS. Coming in for various iPhone, iPad models and the 5th gen iPod touch, iOS 8 will be upgraded to by many. However, there are quite a few things one considers before making a major update. You might be suffering from a lack of storage or you are just not sure if iOS 8 features will be worth it. Here is an iOS 8 vs iOS 7 visual comparison to help you see the differences between the two operating systems.

Remember, unlike iOS 7 the latest OS doesn't really bring a lot of design changes so you need not to worry about getting used to the design as we had to with iOS 7. However, there is quite a lot of added functionality and improved apps that you are looking forward to. From the under-hood-stuff like Apple's continuity features and a tighter integration with Mac OS and iCloud, there are a few quite apparent, directly relevant to every user stuff too.

Building on the design language of iOS 7 which was actually a quantum leap from previous operating systems, iOS 8 offers added benefits and improved user experience. iOS 8 vs iOS 7 pictorial comparison will help you spot some differences, a few added options here and there and a couple new apps and functionality too. 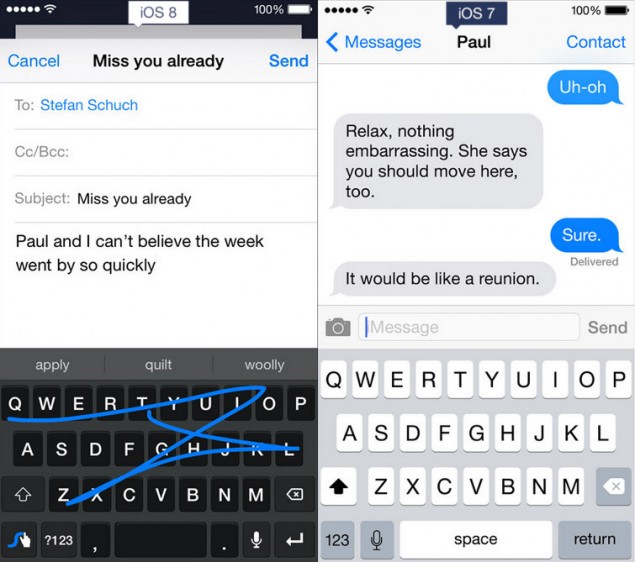 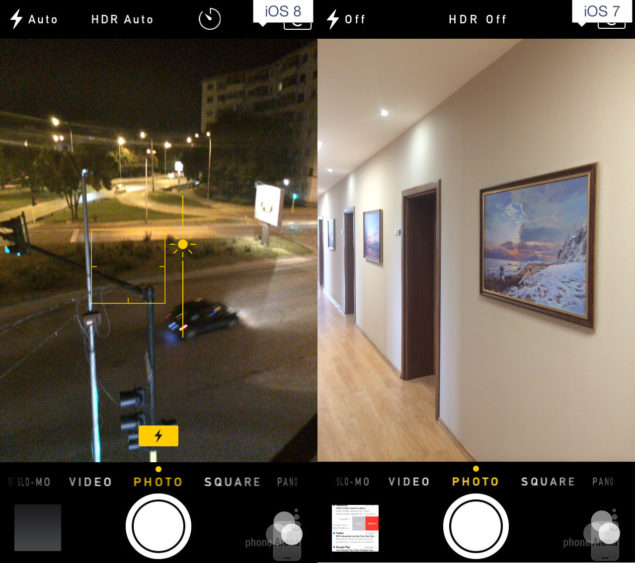 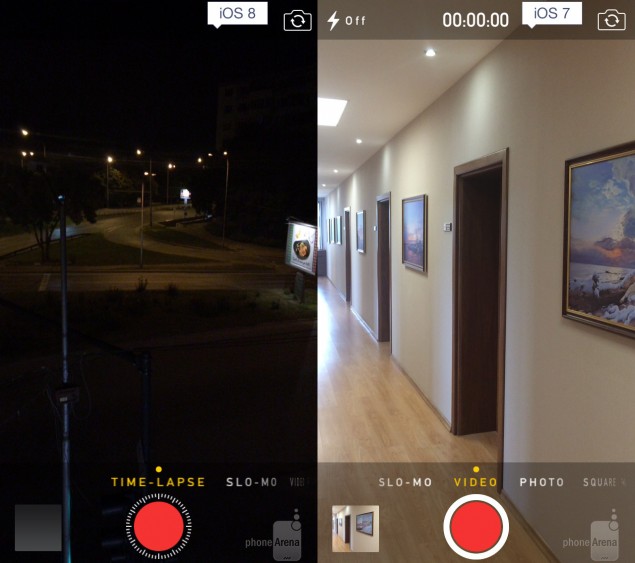 - Time lapse seems to be in the trend too! 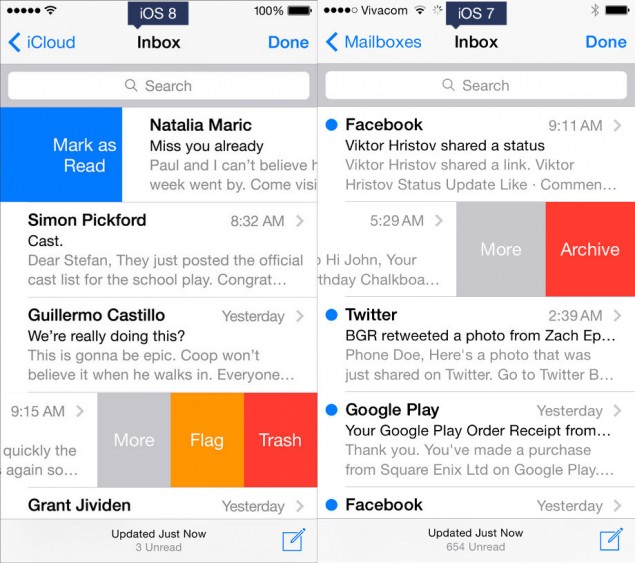 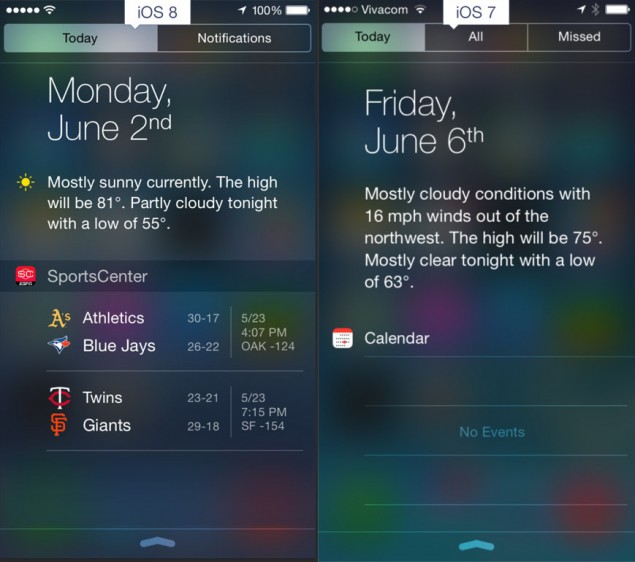 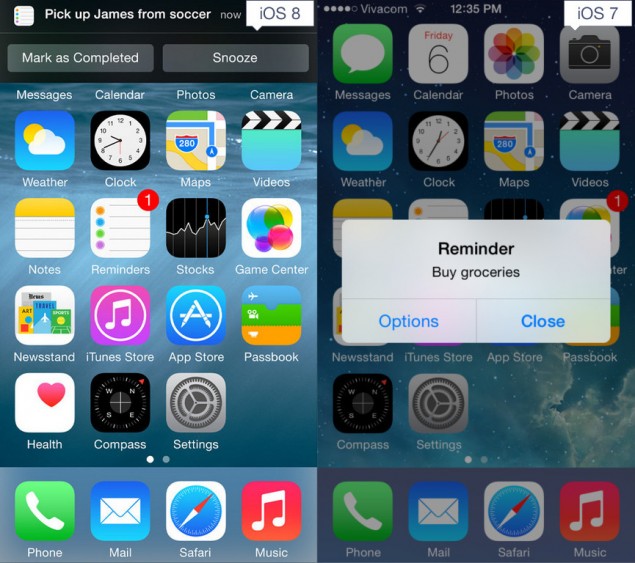 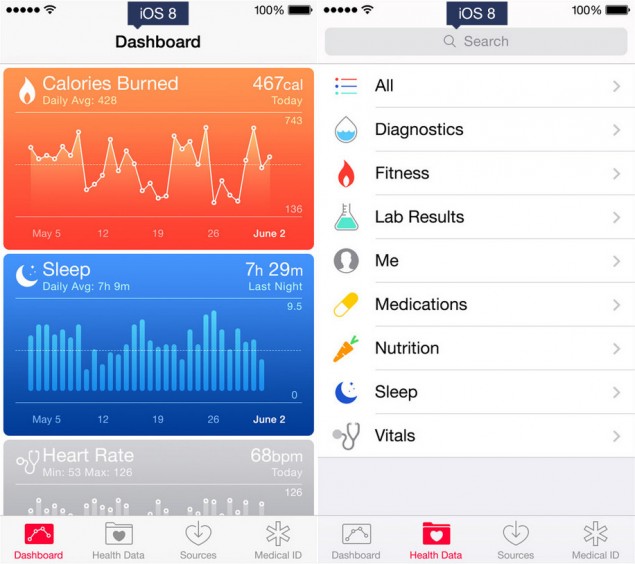 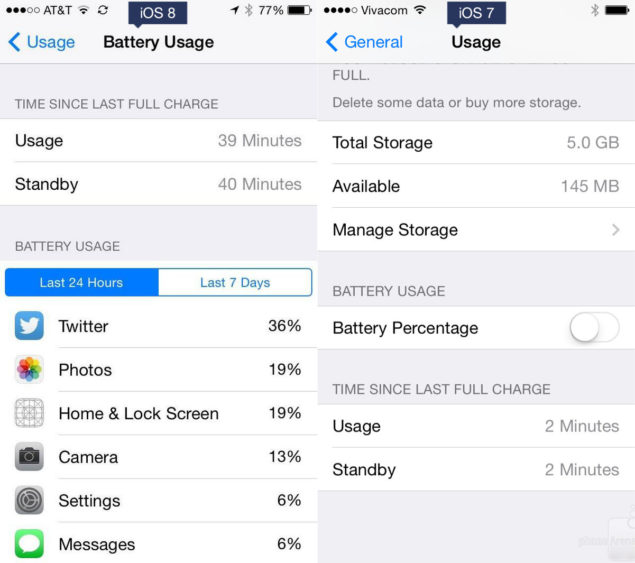 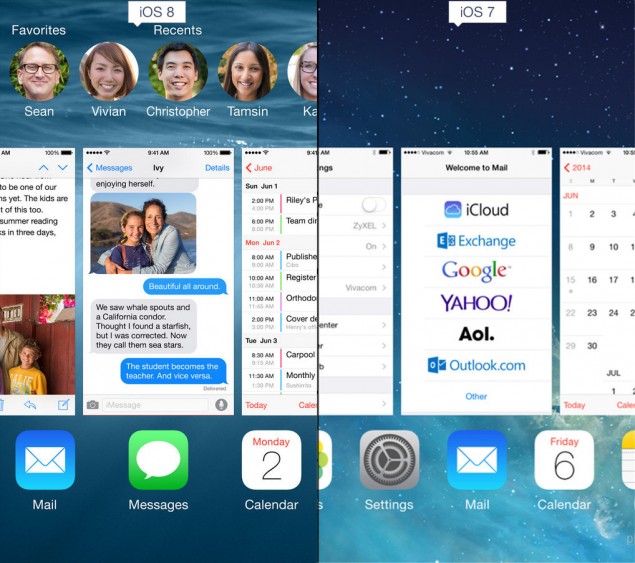 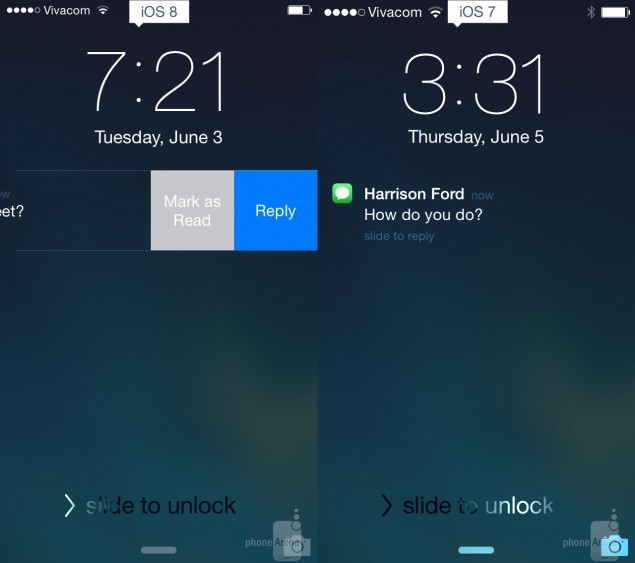 Apple's latest iOS 8, as you can see, has an increased focus on improving features of the apps and functions that iOS 7 introduced making a life a little easier. Let us know what are your first thoughts about the latest OS.