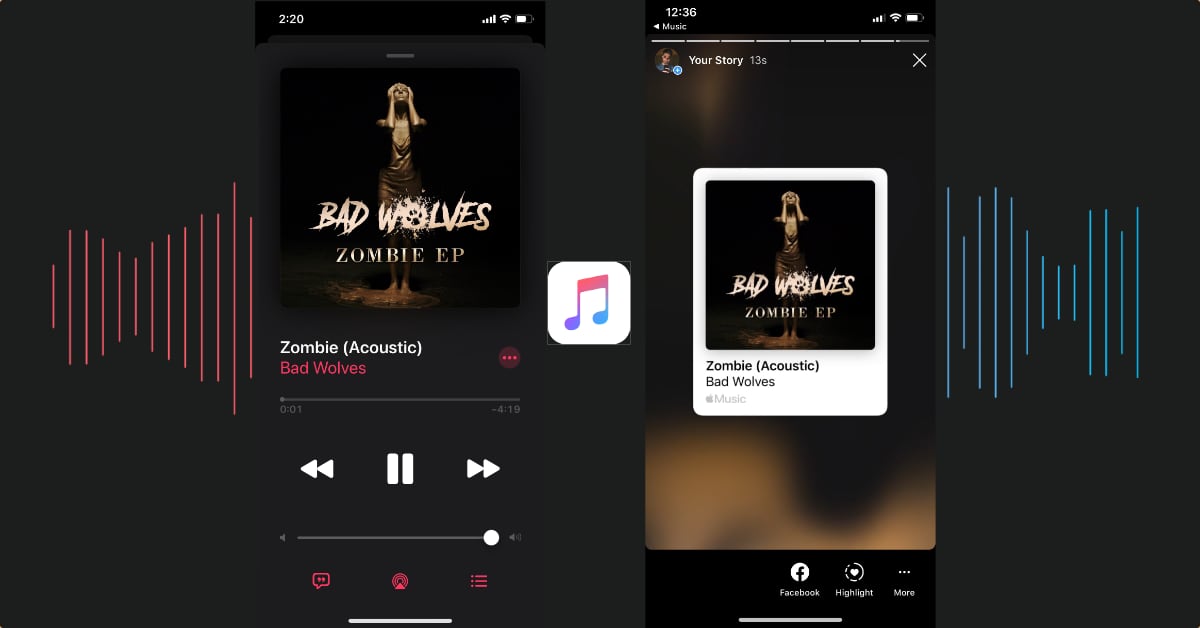 Apple released iOS 13.4.5 beta yesterday for iPhone, iPad and iPod touch. Although it does not have many noticeable new features, users have found that it allows sharing Apple Music to Instagram and Facebook Stories. This works similarly to how Spotify and Netflix support sharing content previews in Instagram Stories, with a link back to the app so that other users can also discover the content.

Instagram Stories is one of the most popular sharing formats on social media right now. It has even left Snapchat behind, the original inventor of the vertical story format. A feature that Instagram actually rolled out before Snapchat was allowing other apps to post to Stories. The Stories contain a link to the content that is in the story, allowing other users to tap through and enjoy it as well.

Apple seems to have tried to get in on the sharing and implemented this seemingly minor feature, through a 3.5GB+ software update. Yes, we know that the software update also contains a bunch of other features and changes, but the point is that Apple's method of updating built-in apps is horribly flawed as it slows down minor new feature releases like these, because they all depend on a huge iOS update to be rolled out.

The sharing option is as simple as one would assume. Tap on any song, album or artist and click on the share button. Tap on Instagram or Facebook icon in the share sheet and you can then finalize the story inside the app, before publishing it.

As with most things Apple, the company has taken an additional step and added its animated backgrounds behind the album art, which it also shows when you view time-synced lyrics in the Music app. There is no audio preview of the song either so the animated background is just for looks. One glaring issue with Apple Music Stories is that it contains no link to the app so there is no way for users to tap through and listen to the song or playlist that you share. It's a beta, so maybe Apple will add it in subsequent beta updates. 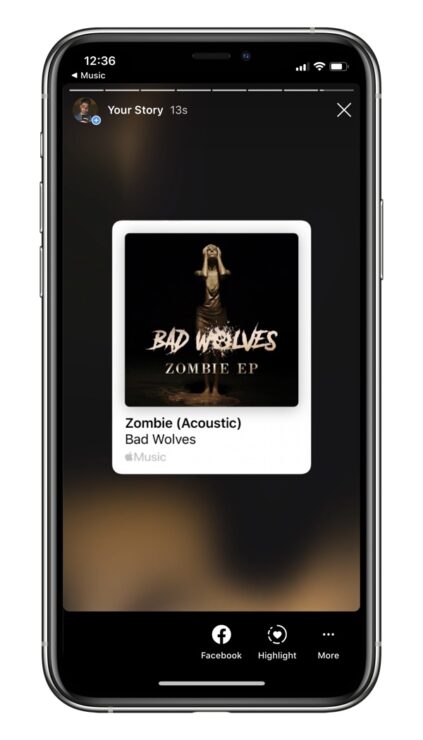 In case you are wondering, this is how Spotify's Story looks. Notice the small 'Play on Spotify' link on the top? It works. 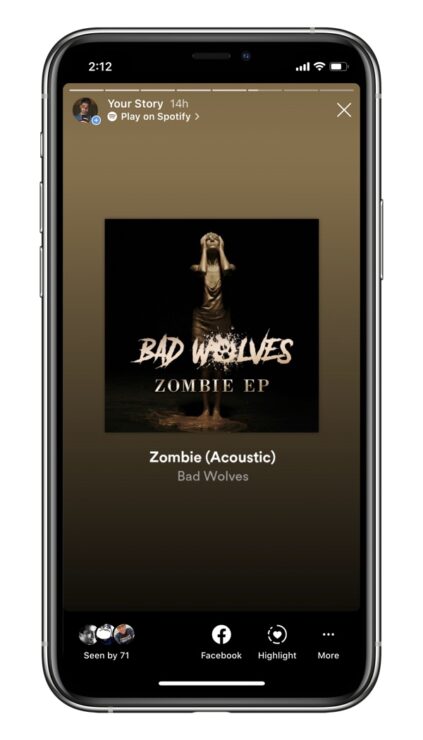 Similarly, Netflix also lets you post beautiful movie artwork to your Stories, with a link. 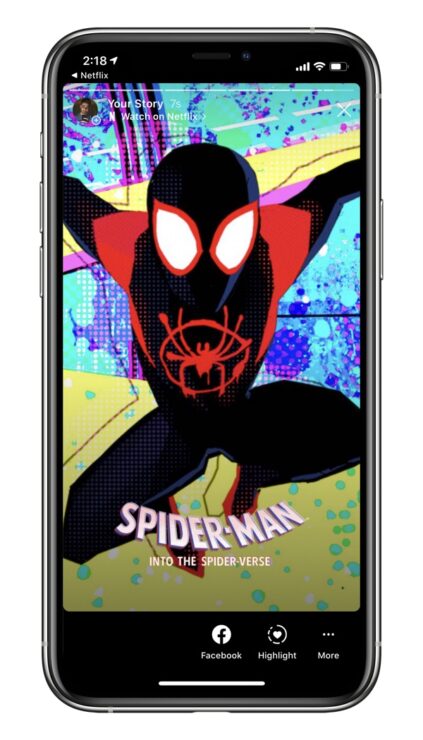 Apart from this minor new feature, the beta also has code that hints towards the upcoming iPhone 9 with Touch ID, with CarKey support.