This is not a gimmick at all. iOS 11 comes with a built-in screen recorder that lets you record whatever there is on the display.

There are lot of reasons why people jailbreak their iPhones and iPads. Recording what's on the display is one of them. But with the release of iOS 11, Apple is taking a massive turn for the better. Not only you can record the display using the built-in screen recorder on your iPhone or iPad. But you can kick things off from anywhere in iOS using a simple toggle switch in the Control Center. Here's how it works.

First and foremost, launch the Settings app in iOS 11 Beta. Once here, tap on the Control Center entry. You'll see a bunch of options here. Under the More Controls section, find Screen Recording and tap on the little + sign next to it. Now simply bring up the Control Center by swiping up on the display, tap on the Record button and you're good to go. You can stop recording by tapping on the Record button again. The video will be saved straight to your Camera Roll. It's totally up to you what you want to do with it. 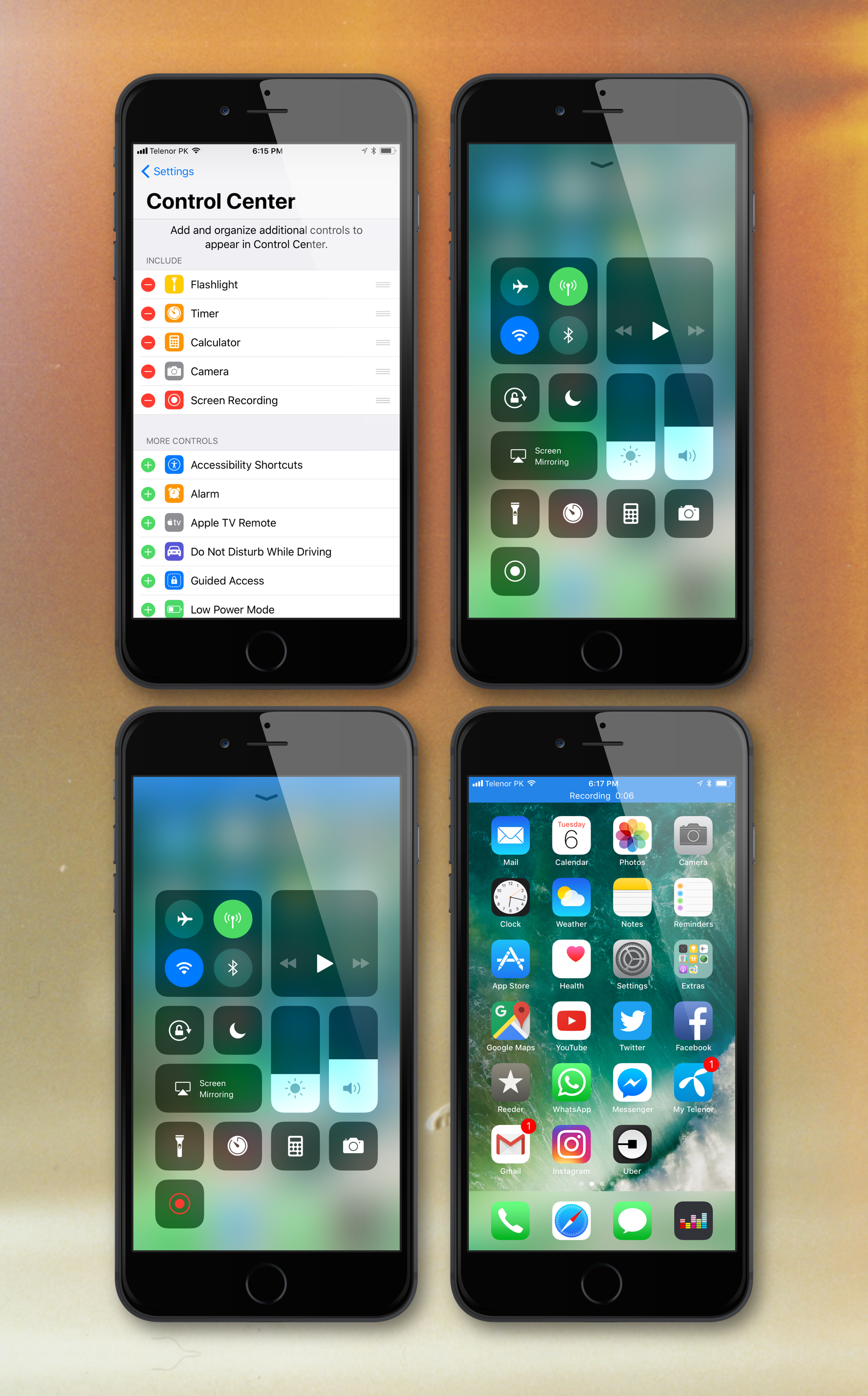 Luckily for us, iOS 11 negates the need to go for either routes as it comes with a built-in screen recorder of its own. But the cool part is that it lives in Control Center, so you can kick off a screen recording regardless of where you are in iOS.

We will be back with more news regarding iOS 11 so stay tuned.