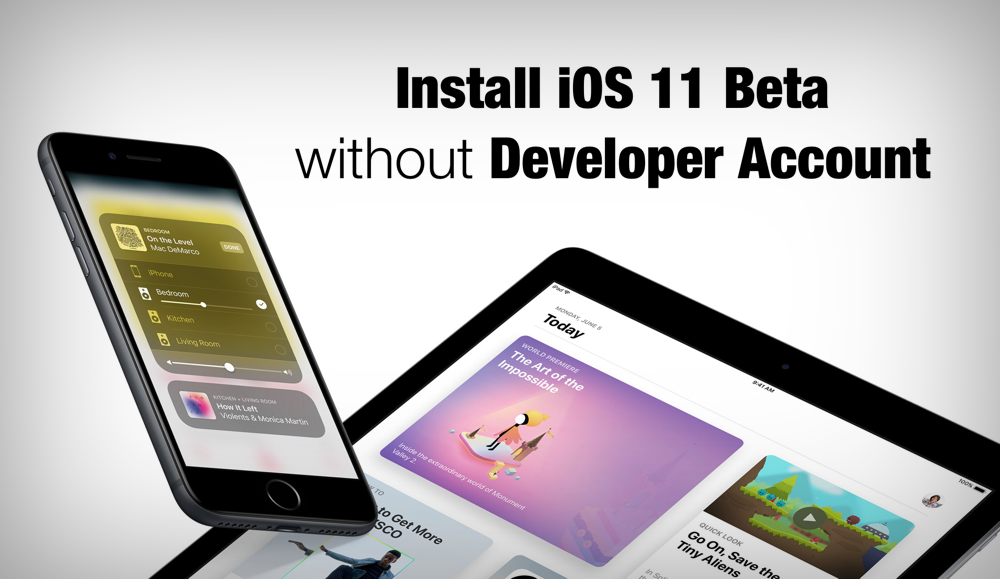 Yes, you read that right. You can download iOS 11 Beta on your iPhone or iPad without a developer account right away. Here's how.

Apple released the first iOS 11 Beta to developers right after its WWDC 2017 opening keynote. As you'd expect, since the preview build is aimed towards developers only, it means that having an Apple Developer Program membership is a strict requirement. It costs $99 a year, and grants you access to every pre-release software from Apple itself. In other words: it's not free.

However, if you take a look at the Apple developer portal right now, there's a method of installing the new iOS 11 Beta without having to download an entire IPSW file. Basically, you have to download a simple configuration profile from Apple's website, after which the beta update will be pushed to you over the air. This also means that if you do not have an Apple Developer Program membership, but grab hold of the profile itself, the update will still be available for you to download. So yes, if you grab hold of the profile, as demonstrated in the video below, you can get in on the iOS 11 Beta action right away.

Be warned though. There's no telling when Apple might end up thwarting this method, leaving you with a bricked device that forces you to downgrade back to iOS 10. But given how things panned out last year, Apple did not take strict measures. You can only hope things will remain the same this year as well.

Whatever you end up doing, just make sure you make a solid backup of your data on iCloud or iTunes before going ahead. You are responsible for what happens with your device in case something goes wrong.

I will also suggest waiting for the iOS 11 and macOS High Sierra Public Beta to arrive instead. But hey, where's the charm in waiting for that sort of stuff, right?

If you're willing to take the proper route for installing iOS 11 or macOS High Sierra, then check out the guides posted below.