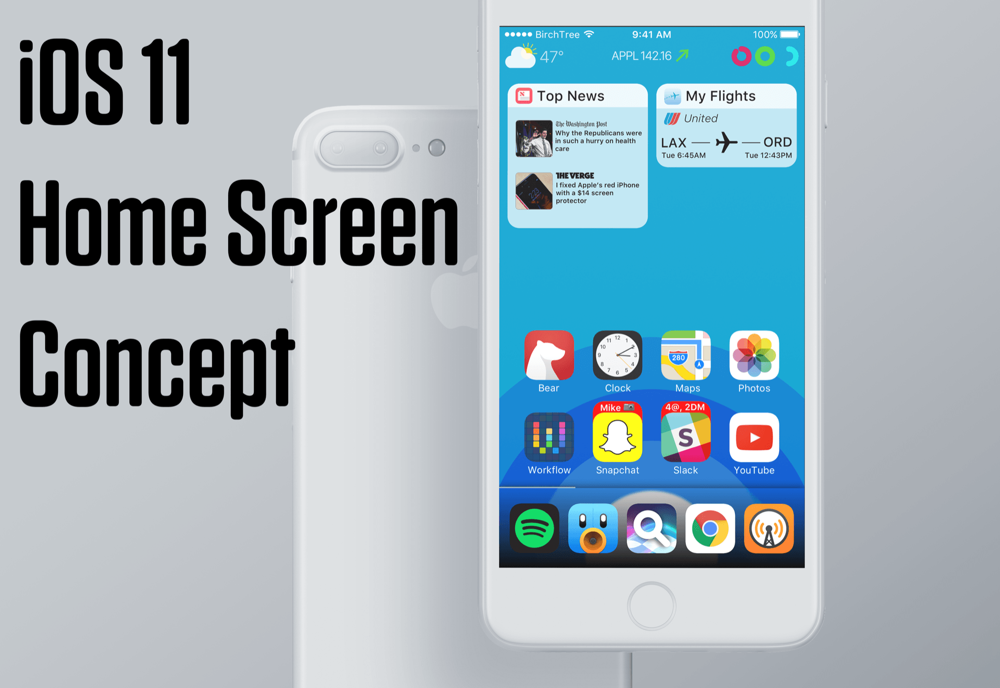 New iOS 11 Concept is All About What Matters the Most

Since the launch of the original iPhone, not much has changed in the iOS home screen department. But a new concept aims to reimagine everything we know about the iOS home screen so far. It not only brings new features to the table, but adds on top things that are essential to an even better mobile experience. Take a look at the images below and see for yourself what we are talking about.

It all starts with the app icons themselves, which you are absolutely free to place wherever you want. And if that doesn't sound good enough, Apple Watch like Complications can be placed on the home screen as well. This means all your key information is just a glance away.

Widgets, no longer live in the Today view, and are free to be placed anywhere on the home screen, the way it should be. Notifications get a huge upgrade as well, and users are no longer required to look at badges. Instead, they'll be greeted with a slightly more detailed view so they know exactly what they're dealing with even before they launch the app.

Siri is getting a lick of paint as well, and comes with a dedicated button right on the home screen. Tapping that launches the Siri interface with all the useful information right at your fingertips. App Suggestions from Siri are imagined to be far more useful as well. This means you are no longer met with hit or miss suggestions given your location or your current activities.

There's a lot of focus on Siri in this iOS 11 concept, and we dig it a lot. But the question remains: will Apple share the same taste in functionality as the designer himself? Well, we can't say at all. What we can say is that WWDC 2017 is just around the corner, and we will know in a while what the Cupertino giant has in store for us.

Until that happens, do let us know in the comments section what you think about today's concept.

Also be sure to check out the following: