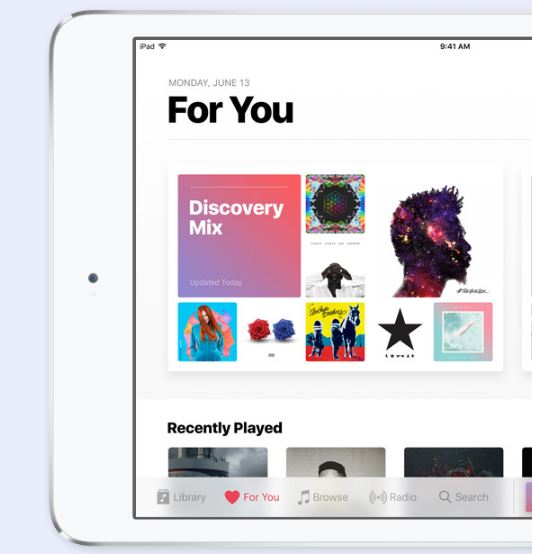 This year's WWDC event was a win for Apple. Not only did the company introduced a bevy of features and changes in iOS 10, it also enhanced Siri by making the SDK available to third-party developers. Moreover, the iPhone-maker also redesigned its Apple Music, music streaming app, which was a long overdue update. Other than the overall change in layout and new additions in iOS 10, there's one change that Apple did not mention on stage.

iOS 10 Enables You To Listen To Music While Taking Photos

Apple has fixed an annoying thing about taking photos on iPhone 6s: The ability to take pictures while users are listening to music. Currently on iOS 9, when you launch the camera app while listening to music, the music is automatically paused. This is definitely one of those issues that kill the purpose of multitasking. So, you cannot listen to music while taking photos on your iPhone 6s. We don't know for sure if it was a glitch or something else that Apple did on purpose.

More importantly, the issue seems to have affected iPhone 6s and iPhone 6s Plus users for as long as nine months. The infuriating glitch is finally fixed with the new iOS version, so we can thank Apple for that. However, when listening to music on Spotify, the issue still seems to persist. Nonetheless, this can probably be fixed by folks over at Spotify. Since iOS 10's SDK is now available to developers, appropriate changes can be made for a fluid and much more seamless user experience.

Nonetheless, if you happen to have subscribed to Apple Music or have stored your music on Apple Music, the annoying issue won't be causing any troubles anymore. There are a horde of new additions in iOS 10's camera app as well. For starters, the camera app can now be accessed from the lock screen by swiping from the right edge to the left. You can check out the changes that Apple has implemented in its music streaming platform at this year's WWDC.

Apple has released iOS 10 beta to developers, yesterday. However, users would gt their hands on it later this fall. Moreover, iOS 10 will be available as a free update for both iPhone and iPad. You can also check whether your iOS device is compatible with the updated firmware or not.

This is it for now, folks. What do you think about Apple's fix with iOS 10 for the annoying camera glitch? Share your thoughts with us in the comments.