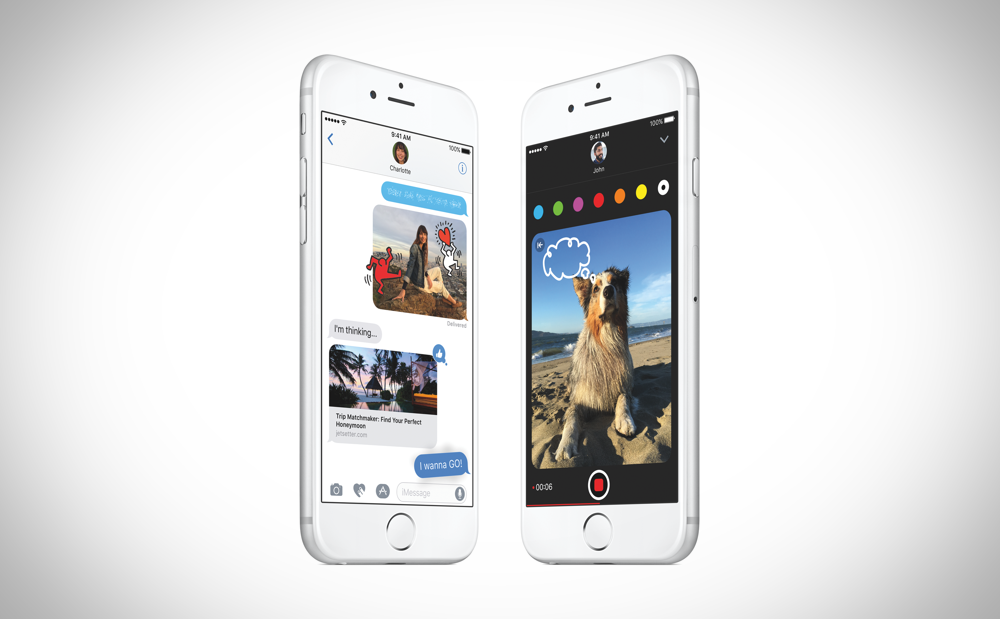 There's a hidden dark mode feature in iOS 10 beta. The feature appears to be disabled for now, but could be enabled in a future beta.

Apple showed off ten key features of iOS 10 on stage, leaving the rest to be discovered by users themselves. With the passage of time developers and non-developers are getting to grips with Apple's new firmware, with new features being discovered on an hourly basis. Today we have stumbled upon something new that raises excitement levels even further: iOS 10 dark mode.

While this addition sounds too good to be true, it should be kept in mind that the feature is not available for use right now. Instead, it's hidden out of view and was discovered by Andrew Wiik in iOS 10 beta running in Xcode.

Here's the screenshot he shared on Twitter of the Messages app switched to dark mode.

There's a possibility that this feature could end up being exclusive to the iPhone 7, bound for release later this year. But we have our hopes high that wouldn't be the case since it sounds way too absurd. After all, this feature lies at the software end of the spectrum, not hardware, until or unless Apple has a magic trick up its sleeve about which we're not aware of.

If there is a dark mode feature in iOS 10, then Apple will definitely enable it in a future build of its mobile software. It's quite possible that this feature is disabled because it's not ready for prime time use just yet. But at the same time, this feature might not ever see the light of day at all. Remember the 'dark keyboard' that was supposed to be a part of iOS?

iOS 10 beta is available for developers right now with the public beta build being available in July. The final build of the software will be available this fall. If you're looking to install iOS 10 beta right away then please do so on a device that is not your daily driver since this release is fairly unstable in certain place.

If you have installed iOS 10 beta and wish to downgrade back to iOS 9 then you can do that as well. Simply follow our guide posted here for more details: Downgrade iOS 10 Beta To iOS 9 – How To Tutorial.

We will keep our readers updated regarding more news pertaining to iOS 10 so stay tuned.