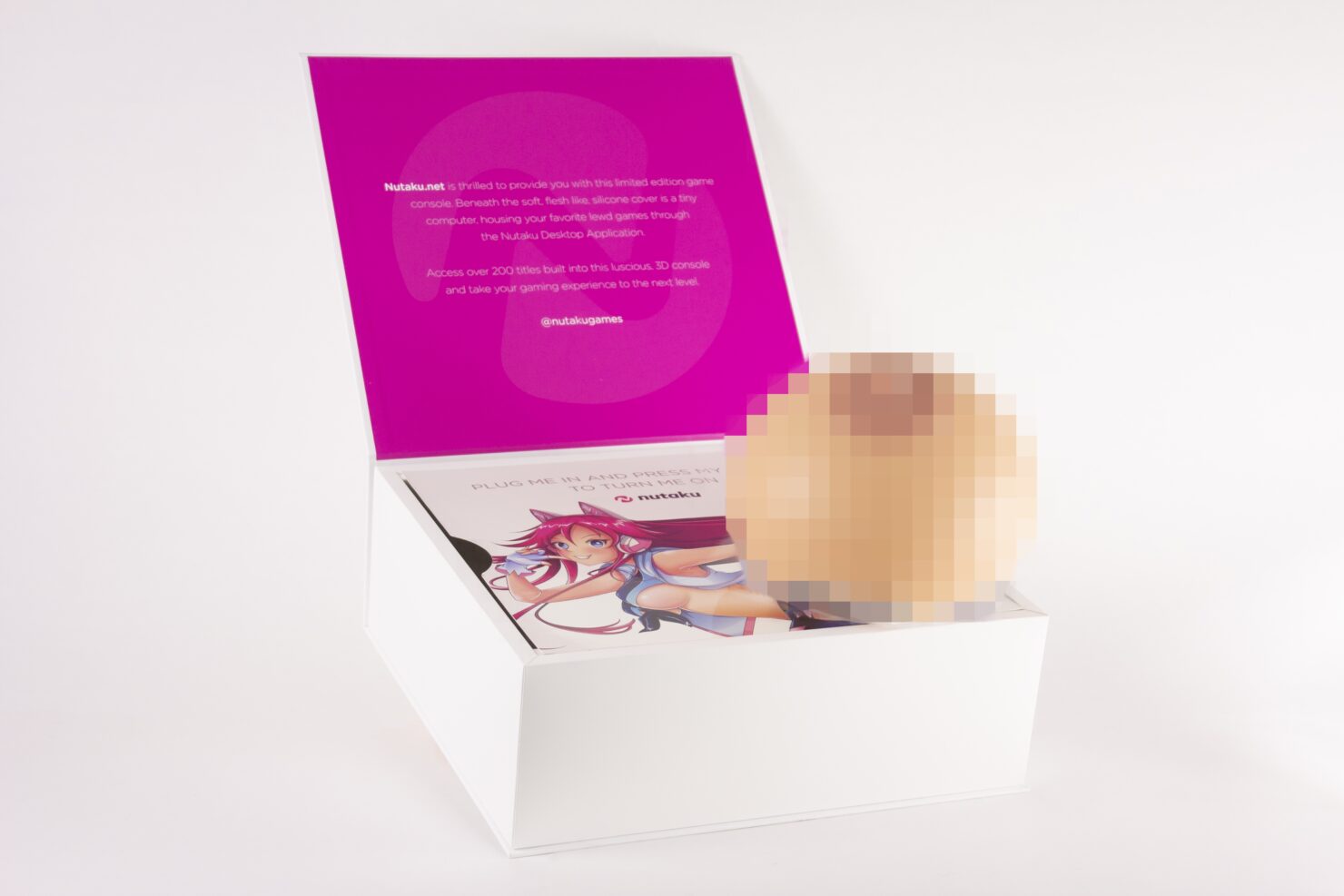 Sex sells, that's a simple fact of life. From the commonly said statement of prostitution being the 'oldest profession in the world' to the sheer size of the pornographic industry now. Naturally, sex also interlinks with games. From the direct hyper-sexualisation of characters in titles like Dead or Alive Xtreme 3 to the prevalence of fan-made images or porn-parodies of popular characters.

As for a console, Nutaku - not linking the site - is a website featuring many sexually explicit titles and have now made what they describe as the "First ever, handmade game console created for adults". Images here are the pixelated, safe-for-work versions. You'll be able to figure out what it looks like.

Jessica Myers, the design director of the console had this to say:

There’s a lot going on in the game console scene these days. Nintendo is threatening to stop making consoles, and Mad Box is promising to be the most powerful, we wanted to make something unique and inviting for our 18+ community. Now players can easily plug into any TV or monitor and access their favorite titles.

What it truly appears to be, though, is simply a tiny computer acting as a portal to the Nutaku website, with the aim of allowing players to simply plug in and play for any of their titles, rather than having to access through a PC. This is backed up by the specifications, which are simply listed as:

The console's page has gone live today on the Nutaku storefront (This page is safe-for-work...ish, don't click any other links while on the site) and will cost $169.99. You can view the making-of video of the console here. What you do when you've got it is something I'll leave to you.

Personally, I've got no issue with it. Everybody likes what they like and it, simply, isn't hurting anybody. The site is evidently popular, reportedly achieving over 120 million visits per month. Will I be buying the console? Doubtful. If I want to play a game from Nutaku, I'll go to their website. I wouldn't expect to see a review of it unless Nutaku happens to send a console over and even then, it features subject material we tend to not display here on the site.

If you were wondering, the switch is in the nipple.