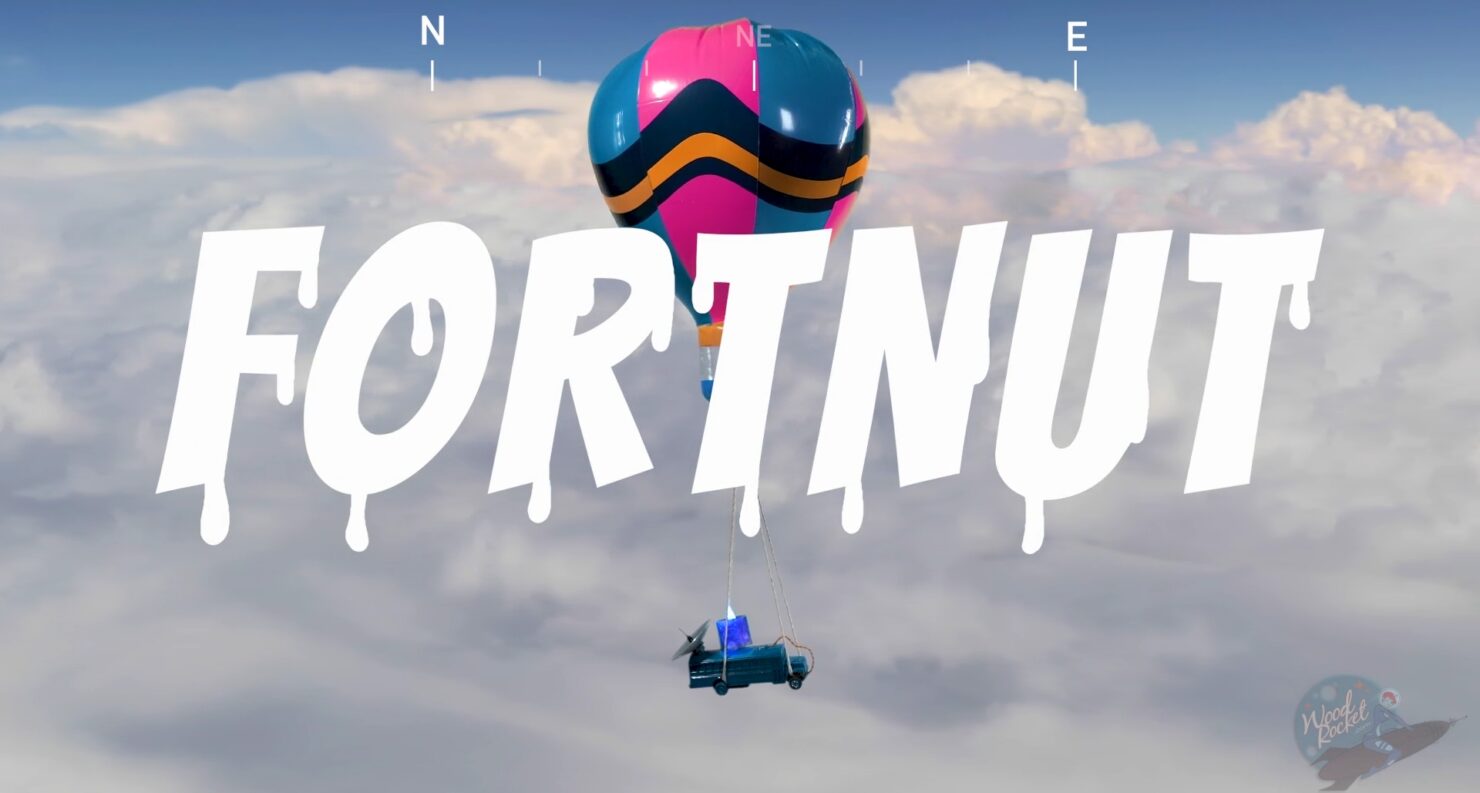 That's why we're really here, Fortnite. Also, to find out which other characters we really love to see.

In the collection of 'The Searches that Defined 2018' Fortnite hit second place with only one other gaming related search in the ten, that being Bowsette in ninth place. I, of course, couldn't tell you that the main parodies that cover those terms both star April O'Neil. How would I know that?

The year in review highlighted two things with Fortnite. One I can understand, the other, not so much. Whenever a new skin or character was introduced for Fortnite, searches increased dramatically. Naturally, people were just curious what sort of underwear their favourite new characters wore - weren't they? 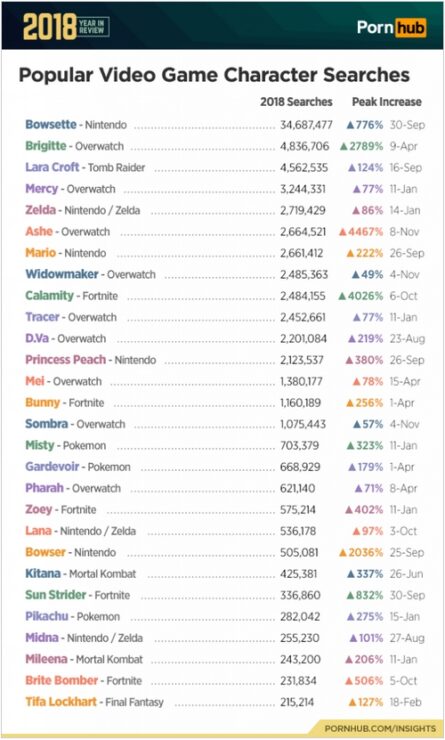 We all have characters we like. Our favourite characters from games can resonate with us on many levels, particularly if we enjoy their personalities and the narrative arch that they are taken on. It's only natural to become attached in one way or another. Also, some characters are arguably attractive. Some are also hyper-sexualised in a way that is simply designed to arouse.

What surprises me is that none of the Dead or Alive cast have made it into the top 28 most searched characters list. In fact, the list is dominated by just a few games or companies. Nine characters from Overwatch. Nintendo, with Zelda, Pokémon and their other titles have ten characters. Five for Fortnite. Mortal Kombat brings two characters, Final Fantasy brings Tifa Lockhart alone and the perennial gaming sex symbol Lara Croft staying strong as the third most searched character from games.

The Bowsettte searches, in the top spot, actually got searched more than all other 27 characters combined. All based on a meme and fanart. The power of the internet.

Naturally, the biggest surprise of any list is one that features both the PS Vita and the Wii U. An even bigger surprise is when the PS Vita is actually increasing in shares of anything, aside from shelves of somewhere selling second-hand games consoles. Which is a shame, because I think the Vita was an excellent console killed off by a lack of support. That's something for another time. 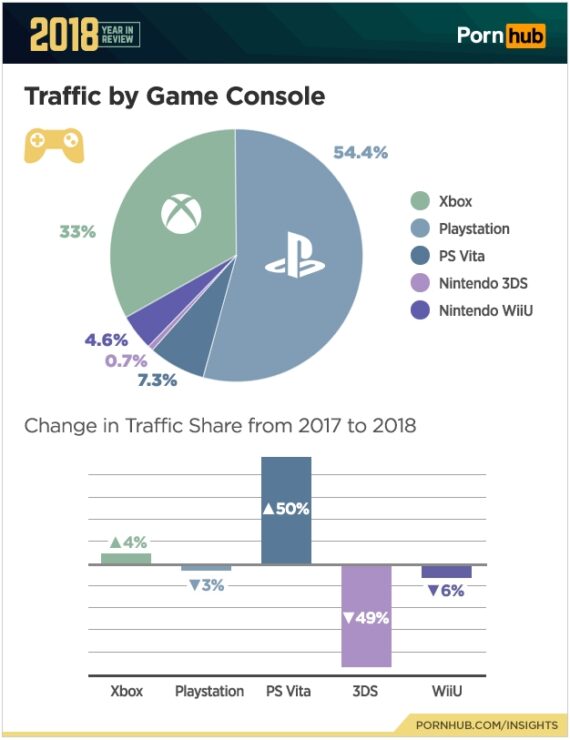 2018 has seen the PS Vita rise by 50% of traffic share, stealing all of the 49% drop from the 3DS and some of the 3% dropped by the PlayStation 4 and 6% drop by the Wii U. The Xbox One has taken the leftover share, increasing by 4%. While not exactly the use Sony had in mind when releasing the Vita, it's nice to see that people other than me are actually still using the console.

So out of everything, I only have a few questions. First, why in the living hell do both Pikachu and Gardevoir feature in the top character searches? Only one Final Fantasy character? Come on people, Yuna deserves some love! Also, I think I want to take April O'Neil out to dinner and ask her questions about which games she likes the most and what she would like to parody next.

Only because it's required for a story, of course.