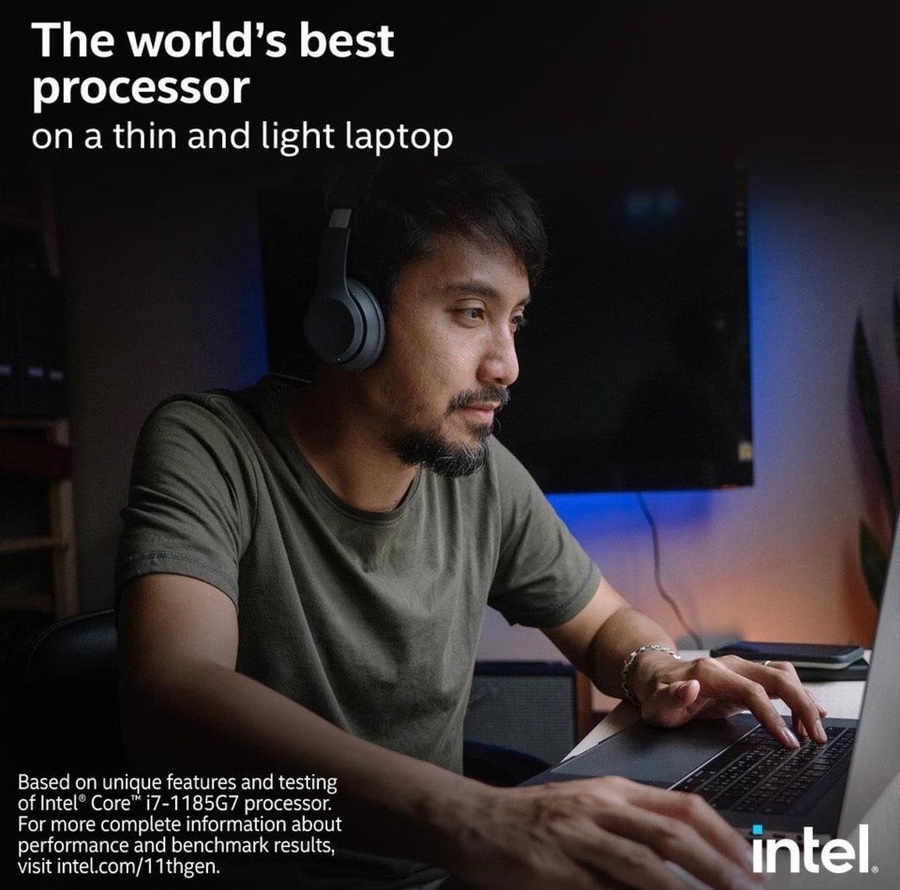 Intel just released a new ad for its Core i7-1185G7 processor and it features a MacBook Pro. Clearly, the company is not in panic nor it is oblivious to what is going on around it.

For the past few weeks Intel has been taking pot shots at Apple when it comes to the M1 chip, suggesting that the Mac is an inferior form of machine compared to Intel laptops. From hiring the I’m a Mac guy to then hoping Apple would be a client in the near future once again, the company is now back with a new ad for its 11th-generation processor. But this time, no one double-checked the ad before hitting the publish button. Because the ad features a MacBook Pro which clearly Intel despises.

This is obviously a huge mistake from Intel’s end as the image used in the ad is actually a stock photo and can be downloaded from Getty Images right now. It clearly features a MacBook Pro, a device which does not feature Intel’s latest 11th-generation chip and never will, thanks to Apple Silicon. But it seems as though someone from the marketing department might end up getting a harsh memo.

In case you are wondering, the MacBook Pro used in the ad is the four-port USB-C / Thunderbolt model. And the mouse? Clearly Magic.