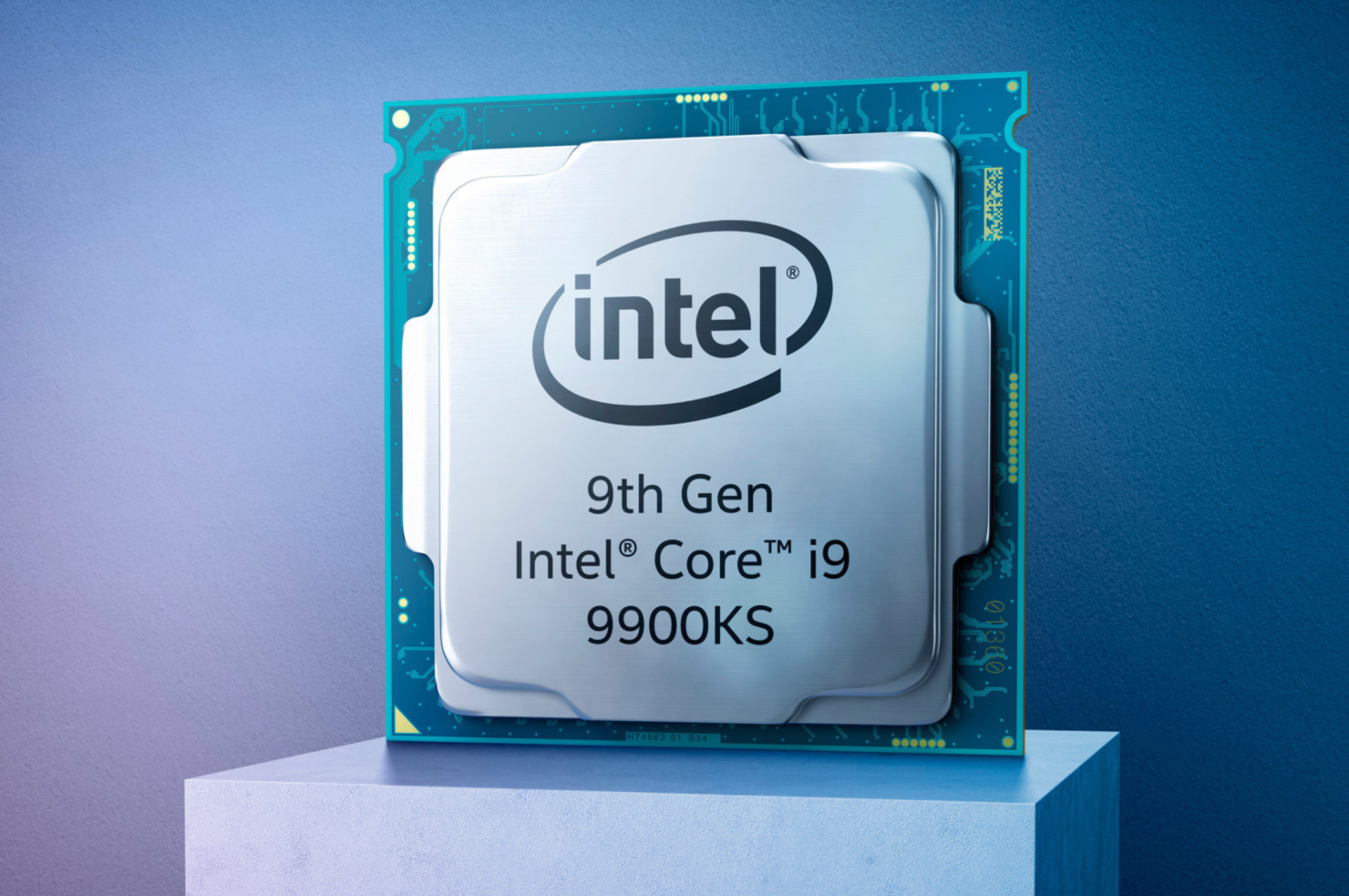 Intel has announced that its brand new Core i9-9900KS flagship will be launching on October 30 for the recommended price of just $513. Featuring a 5 GHz all-core turbo across 8 cores/16 threads this will almost certainly be the fastest gaming chip around and should sell like hotcakes. Intel has previously reported a record quarter and their demand seems to be far outstripping supply right now as 14nm reaches levels of maturity never seen before.

Keep in mind, however, that Intel is only offering a one-year warranty on this processor likely due to the fact that this is essentially a factory overclocked, highly binned chip. This is definitely one for enthusiasts (and even overclockers). Considering the chip can hit 5GHz all-core turbo, and this particular bin will have a distribution as well, most lucky buyers will be able to OC it to 5.1GHz and beyond. You better have a good AIO cooler to get rid of all that heat, however, because, at these clocks, you are essentially running a miniature heater.

AIBs like Gigabyte participated in the 9900KS launch with their own reveals:

Today is the day!

Here is the full press release below:

Intel today announced full details and availability for the new 9th Gen Intel® Core™ i99900KS Special Edition processor. Delivering up to 5.0 GHz all-core turbo frequency out of the box for the ultimate gaming experience, the 9th Gen Intel Core i9-9900KS will be available beginning Oct. 30, with recommended customer price starting at $513.  This special edition processor will be available for a limited time only and can be found at retailers worldwide.

The i9-9900KS processor is unlocked and boasts eight cores and 16 threads, up to 4.0 GHz base frequency, 127W TDP, 16 MB Intel Smart Cache, and up to 40 platform PCIe lanes for gaming and overclocking.

Gamers and overclocking enthusiasts will be able to take performance to the max with the 9th Gen Intel Core i9-9900KS Special Edition processor. Only select chips from Intel wafers can achieve this specification to run up to 5.0 GHz all-core turbo. Quantity is limited for this special edition product.