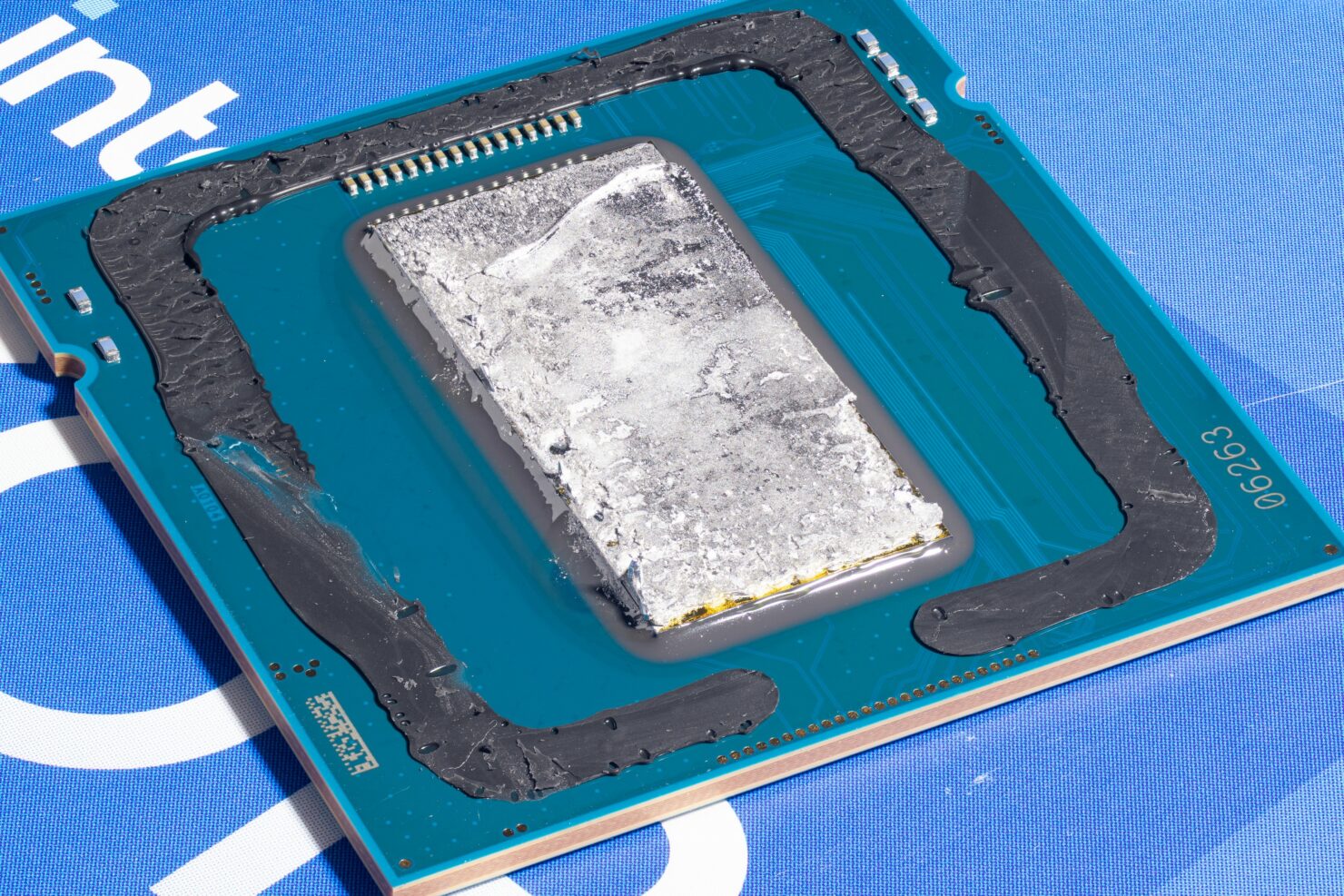 Intel's Rocket Lake Desktop CPU has been tested while being delidded and also received super high-resolution die shots by Twitter fellow, Fritzchens Fritz. Fritz has a history of posting super detailed die shots of all the latest chips in the tech segment.

The Rocket Lake CPU tested here is the Intel Core i5-11400 which packs 6 cores and 12 threads. The Core i5-11400 is regarded as one of the most budget-friendly chips within the Rocket Lake lineup & offers clock speeds of up to 4.40 GHz while featuring the brand new Cypress Cove architecture that delivers double-digit IPC gains to boost performance in games and general applications.

The Intel Core i5-11400 Rocket Lake Desktop CPU was tested while being delidded and without a heatsink. To get the chip to boot, Fritz used a copper spacer which is needed to get to windows as, during this time, the CPU runs slightly hotter before reaching a lower power state. The thermal interface material over the die was cleaned off using Hydrochloric Acid but the solder TIM around the caps was hard to get off and that resulted in losing some non-essential caps (the CPU was still running fine without them).

After booting into the operating system, the copper spacer was removed from the Intel Core i5-11400 Rocket Lake Desktop CPU. The chip was put under an infrared (thermal) cam & had clocks fixed to 800 MHz. That along with the limited TDP resulted in just 116 points in multi & 106 points in single-threaded tests within Cinebench R15.  For comparison, the stock Core i5-11400 scores 220 points in single-core and around 1600 points in multi-core tests within the same benchmark.

But the performance results gathered here aren't the most interesting information that Fritzchens posted. The thermal imaging part is the most interesting thing to see as it shows the multiple cores operating on the die. As load is transferred from one core to another, the temperatures rise which looks amazing to see. Fritz has previously done this with the AMD Ryzen 4000 Renoir APU too on a laptop chip but this is the first time we are seeing a desktop chip in action.

While the Intel Rocket Lake Desktop CPU is no longer fit for general usage, Fritz decided to go one step ahead and remove the entire die itself off the PCB interposer. We get a much better look at the Cypress Cove cores and the Rocket lake chip in general. The CPU features the same die as the flagship Core i9-11900K but out of the 8 cores, two are disabled. There's also a tiny 'RKL Intel 2019' label which shows that Rocket Lake was initially conceived two years before its launch in the retail segment.