We've seen the last of Intel's 14nm Skylake architecture with the release of Comet Lake CPUs with the chip giant now focusing on next-gen cores to be utilized in its upcoming desktop and mobility families. Skylake lasted several generations and got various iterations on refined 14nm processes but the next-generation 10nm and 7nm lineups are going to bring incremental IPC gains. Rumors on what to expect from Intel's next-generation CPU cores have been posted by MebiuW who just a few days ago gave us a first look at AMD's next-generation Warhol & Raphael desktop processors.

The rumor doesn't actually come from MebiuW but from a Weibo user in China who has seemingly hinted at the IPC gains of Intel's next-generation cores. We know that after Skylake, Intel's roadmap includes three major core updates. These include Sunny Cove which is featured on Ice Lake CPUs, Willow Cove which will be featured on the upcoming Tiger Lake CPUs & lastly, we have the Golden Cove cores which will be featured on Alder Lake CPUs. There's also the post-core-architecture CPUs that will feature the Ocean Cove cores and are due for 2022-2023.

We already know that Sunny Cove brought an average of 18% IPC improvement over Skylake. The next-generation cores are further expected to increase IPC for Intel CPUs. Intel has gone away with 5 years of no incremental IPC gains on the desktop platform which has led to severe degradation in performance efficiency over the years. Their main competitor, AMD, went guns blazing with its Zen-based Ryzen CPUs, offering both, increased IPC & improved efficiency, in all three variations of Zen we have got since 2017. Now AMD has strengthened its IPC footprint against Intel causing a major shift in IPC/efficiency leadership.

Intel knowing they couldn't survive any longer with no incremental IPC increases & its dependency on clock speeds which doesn't bode well with the new process nodes compared to a mature 14nm design is looking to regain its lost lead with upcoming CPU architecture. We got a small glimpse of Intel's next-generation core architectures when they officially presented them back in 2018 but word has been silent on the development of these cores since then. We know that Tiger Lake with Willow Coves on 10nm+ is coming soon and would deliver IPC improvements owing to its new & revamped design. The rumor provides the following expected IPC gains for each respective core architecture from Intel:

Now if this rumor is true, Willow Cove brings a slight bump in IPC over Sunny Cove but the new & revamped design should help it gain a foothold in the efficiency department. This is considering that Willow Cove for mobile platforms will be available in the second half of 2020 whereas AMD's Zen 3 architecture which brings a significant IPC improvement itself will not be available for the mobility segment till 2021. With that said, a desktop release of the Zen 3 CPU architecture could end up going right against Intel's Rocket Lake lineup which is expected to feature the new Willow Cove cores so we might get a clear picture of where AMD and Intel stand in terms of IPC later this year.

As for the two architectures that succeed Willow Cove, the rumor points out to some pretty huge IPC gains with Golden Cove delivering about 50% improvement over Skylake and Ocean Cove with an 80% IPC increase over Skylake. It is also stated that the Golden Cove cores would utilize 10nm++ while Ocean Cove cores would utilize 7nm or 7nm+ process technology from Intel. AMD is expected to hop to 5nm with Zen 4 so the red team is still going to lead in terms of process technology over Intel for several years to come.

In another tweet, MebiuW also shares a rumor on the performance of Alder Lake-S Desktop CPUs which are expected to use a hybrid BIG.little design hierarchy. According to the rumor, an 8+8 core Alder Lake-S design outperforms the Ryzen 9 3950X with 16 cores and 32 threads. But at the same time, Zen 4 would be hard to beat with a hybrid design against 16 full-fledged Ryzen cores. It looks like Intel is still going to lag behind AMD in the number of cores and threads offered on its CPUs as it has become apparent this generation on the mainstream platform.

Starting off with the 10nm family, Intel has clarified that their 10nm process node can deliver some major enhancements to performance per watt. Compared to 14nm++, the first iteration of 10nm is shown to be a good leap in efficiency and Intel plans to provide enhanced variants of 10nm moving forward with 10nm+ in 2019, 10nm++ in 2020, and 10nm+++ in 2021. Some of the major upgrades that 10nm would deliver include:

At the same time as Intel introduces their 10nm+++ products, they will also have production and launch planned for their next-gen 7nm process node. Intel would continue to offer optimizations of the 7nm process node with 7nm+ in 2022 and 7nm++ in 2023. Just like 10nm, 7nm will deliver a good list of enhancements over 10nm which will include: 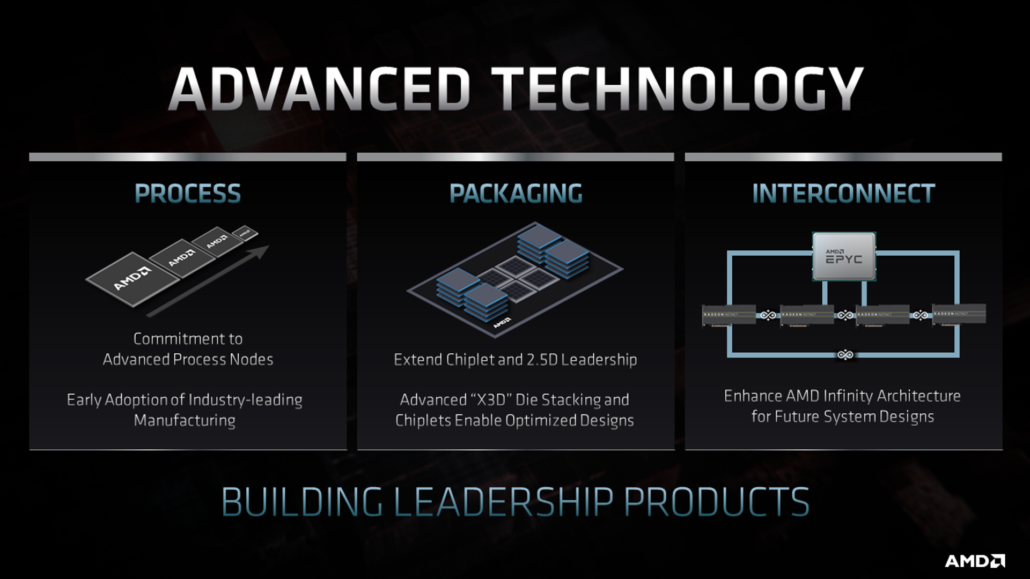 With Alder Lake CPUs, we might see the first integration of a chiplet based design from Intel which would utilize it's Foveros 3D and EMIB technologies to compete against AMD's own chiplet (X3D) design