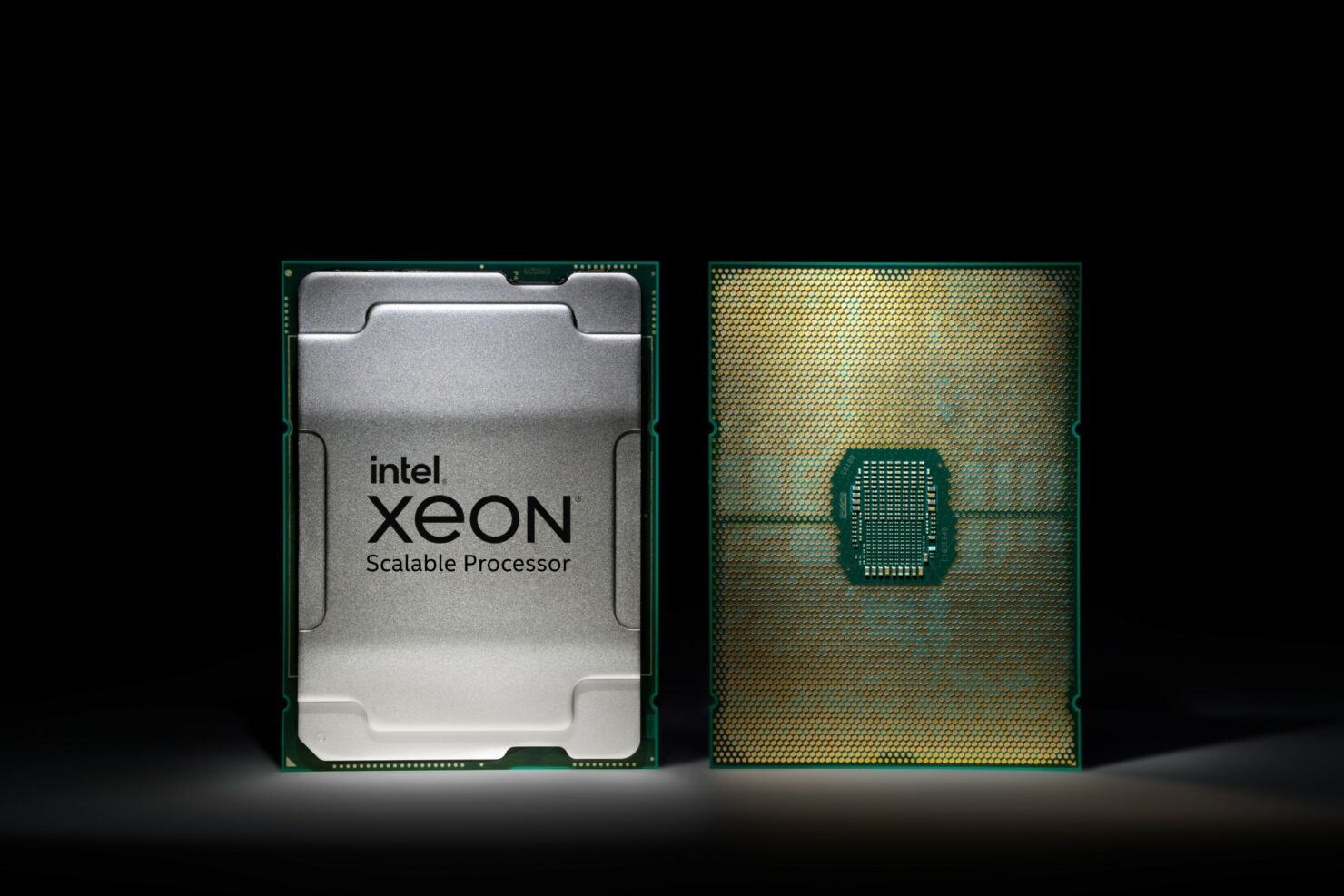 Intel has officially launched its Xeon W-3300 Ice Lake Workstation CPU lineup which is based on its 10nm Sunny Cove architecture.

The Intel Xeon W processors are aimed specifically at the workstation segment. The lineup includes more cores/threads, more cache, a brand new architecture based upon the 10nm process node & more I/O / memory support. Just for comparison's sake, the Ice Lake Xeon Workstation family will offer support on the LGA 4189 socket platform with up to 270W TDP CPU support, 64 Gen 4 PCIe Lanes, and 8-channel DDR4-3200 memory with up to 4 TB capacities. With that out of the way, let us take a look at the specifications of the chips. 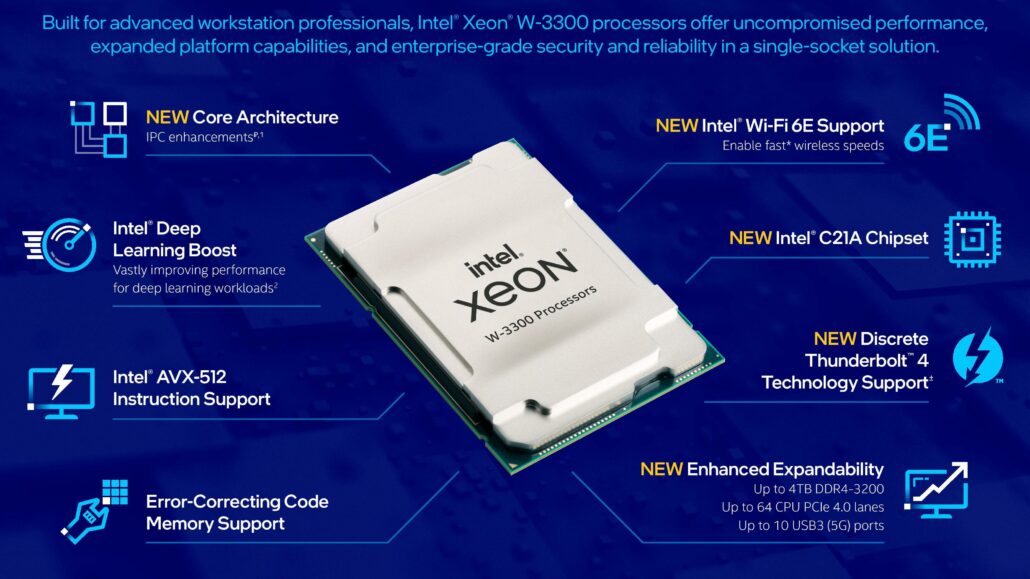 Following are the five new Xeon W-3300 models that Intel is launching today. 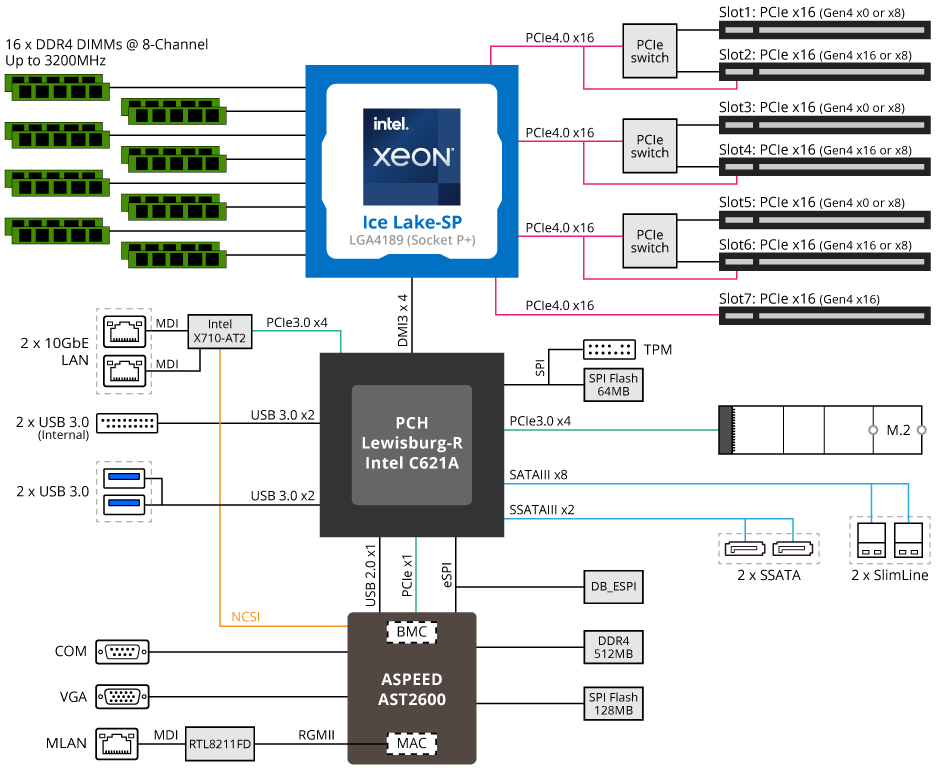 While Intel says that it has a competitive advantage with its 10nm Ice Lake CPUs in single-threaded workloads, the same chips lose out by a huge margin in multi-threaded & energy efficiency departments. In pure core count, Intel comes nowhere close to the mighty 64 cores that AMD offers on its Threadripper Pro lineup (also aimed at workstation users). Intel also seems to be lacking severely in terms of overall PCIe Gen 4 lanes compared to the top two Threadripper parts. 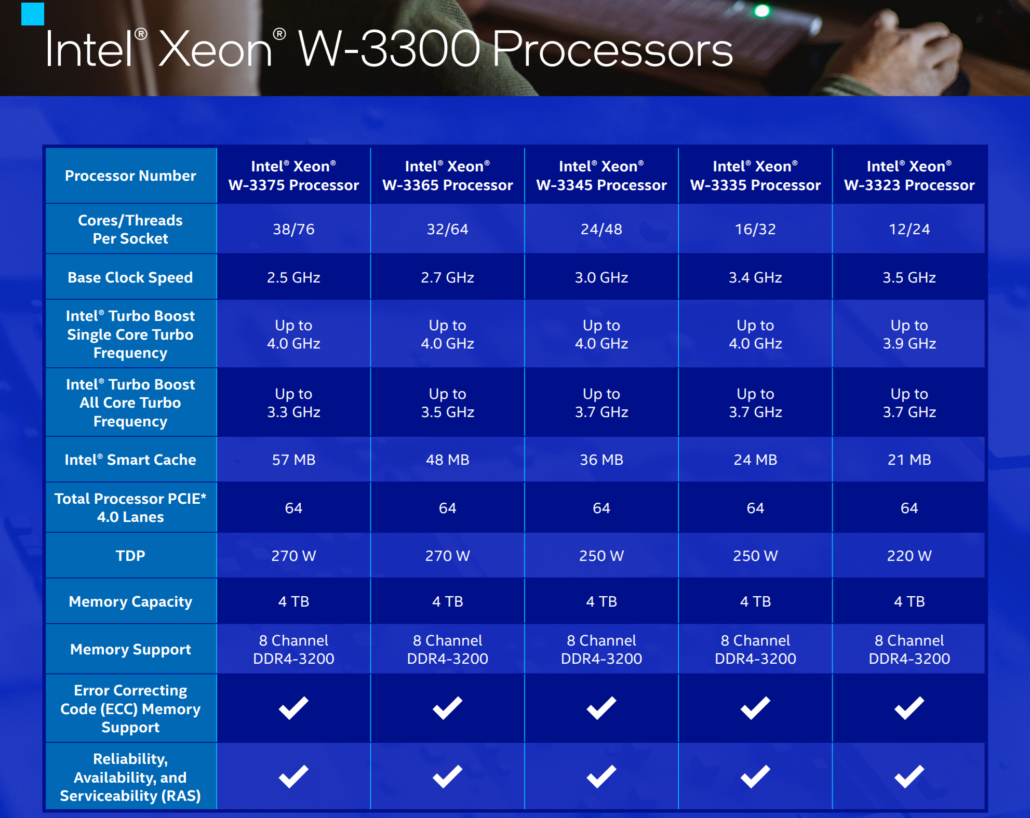 Intel Xeon W-3300 processors feature a new processor core architecture representing a new era in performance and efficiency, and  as compared to the previous generation deliver:

Intel does come with parity in terms of workstation platform features with AMD such as PCIe Gen 4, 8-channel memory support but those are some things that AMD has been offering for quite some time now (start of 2021). As for whether we could see an enthusiast outing of these chips, well it is not entirely out of the question as Skylake-SP did launch as a prosumer offering in the form of the Xeon W-3175X with its own set of enthusiast motherboards. A similar release could be expected but for those waiting for a proper enthusiast lineup, that shouldn't be expected until mid of 2022 as reported here.

Gigabyte & ASRock have also unveiled brand new motherboards based on the LGA 4189 platform. These include Gigabyte's MU92-TU1, Gigabyte MU92-TU0, and ASRock's C621A. Aimed at servers & workstations, these new motherboards are outfitted with brand new I/O and features that will take full advantage of Intel's Xeon W-3300 Ice Lake CPU lineup. The ASRock C621A features up to 4 PCIe Gen 4.0 x16, 3 PCIe Gen 4.0 x8 ports, and can support up to 4 dual-slot GPU/FPGA cards. The board also features 8 DIMM slots (1 DPC) for up to 2 TB capacities. The board also rocks dual 10 GbE LAN ports powered by Intel's X710-AT2 controller, and two 1 GbE LAN ports (Intel i210). 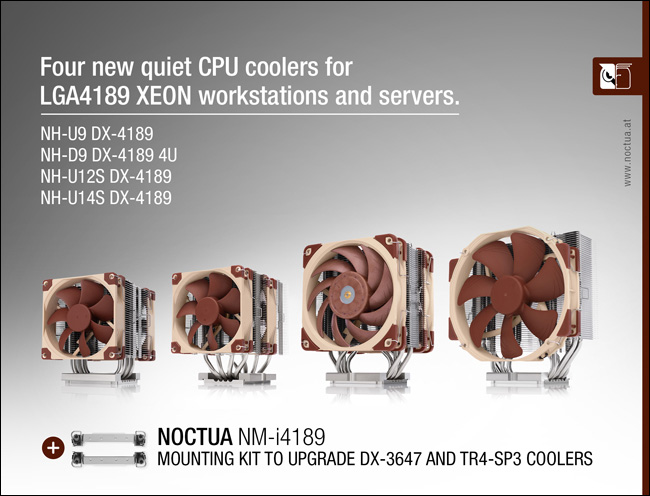 All the new products are available as of today via Noctua’s official Amazon stores: