While AMD is preparing to launch the third generation of its trail-blazing Ryzen Threadripper processors in November, folks at Intel are revving up their proverbial engines with the company's most powerful and most competitive line-up of enthusiast CPUs ever.

Big blue is making big promises regarding its upcoming Cascade Lake-X chips, touting the new chips as being able to deliver up to 2X the performance per dollar of their Skylake-X predecessors. Not only that, but the company is actually looking to to rain on AMD's parade, by delivering these new performance monsters no later than next month.

Now, we never really take vendor's performance claims as gospel, and for good reason. But, if the leaked performance benchmarks for Intel's upcoming Cascade Lake-X 12 Core i9 10920X CPU are anything to go by then Intel's promises may very well come to fruition. 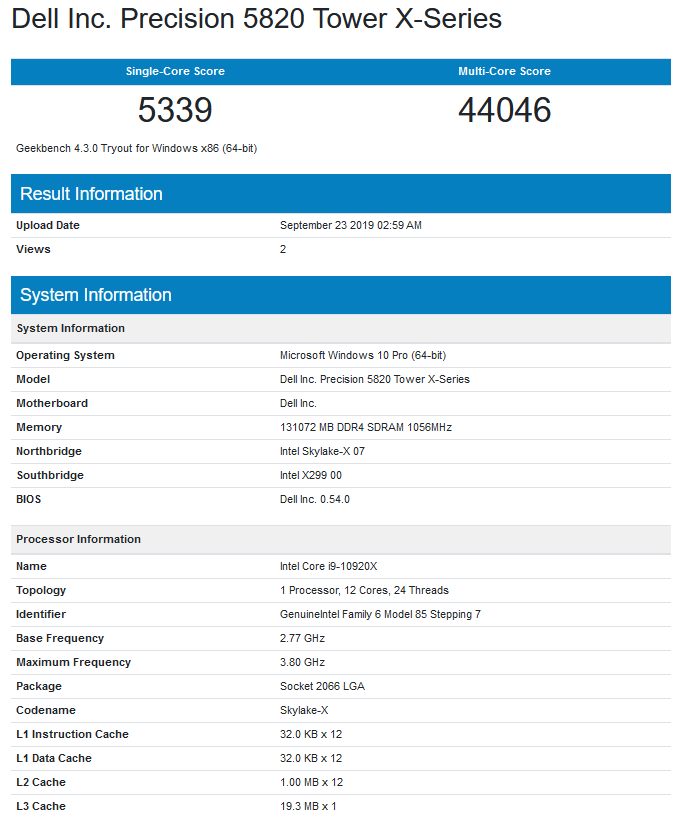 As always however, we urge you not to take Geekbench as the be-all end-all benchmark, as with any synthetic test it has its limitations. But what it does is serve as an indication of what to expect from Intel's upcoming 12 core , and it's nothing to sneeze at by any means. Any way you slice this, it's clear that the CPU wars are about to go absolutely nuclear! and it's going to be amazing to watch.

Cascade Lake-X is set to launch in October, so stay tuned for more benchmarks!