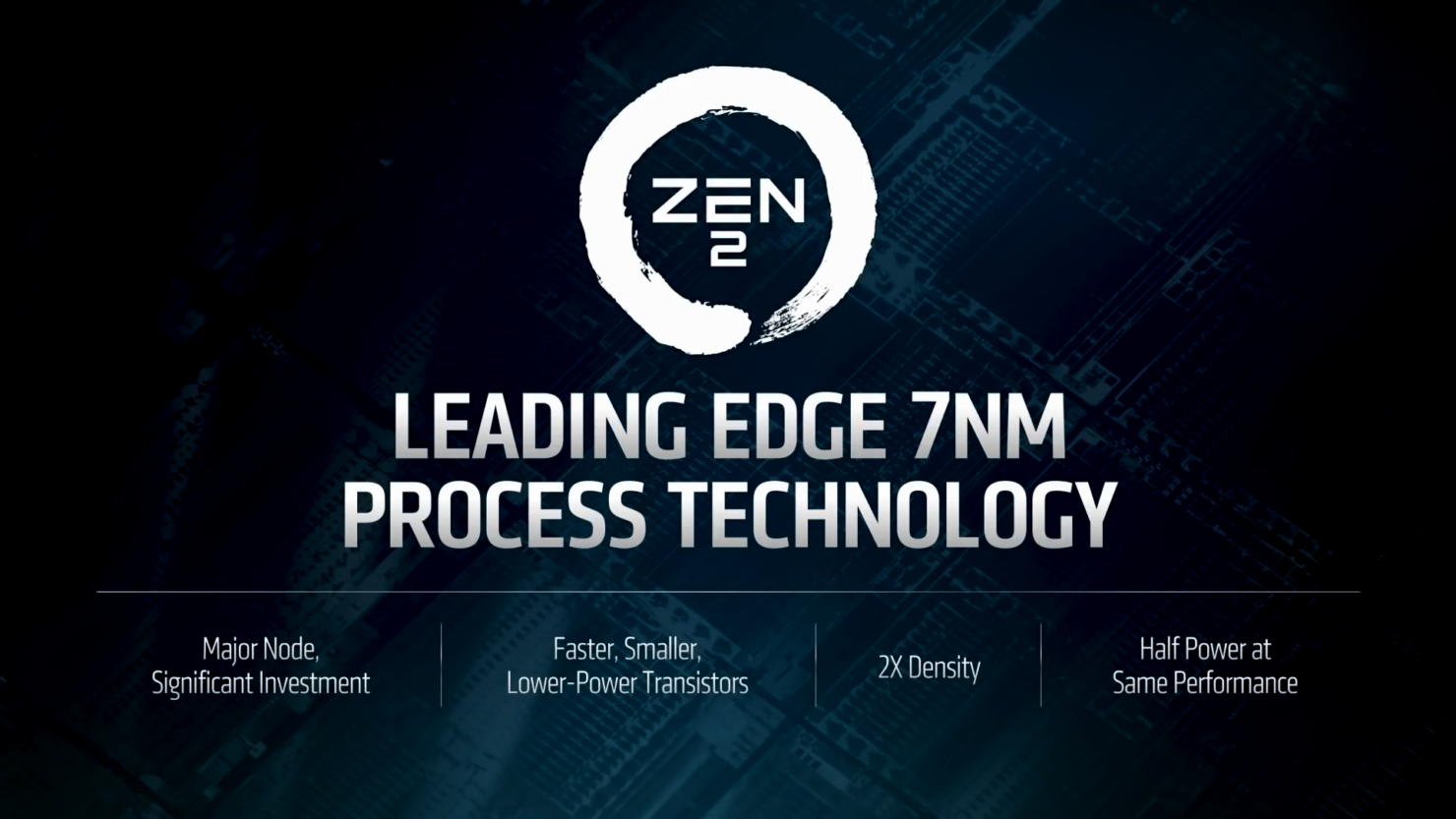 AMD has recently launched its 2nd generation Zen 2 powered EPYC CPUs to much acclaim. The new chips deliver significantly better performance and power efficiency compared to their predecessors and more importantly, compared to the competition from Intel.

Just last week the UK government announced that it will be using AMD's EPYC for its next generation ARCHER2 national supercomputer, which is expected to be the world's most powerful CPU only supercomputer. Well, as it turns out it wasn't much of a hard choice picking between AMD and Intel for ARCHER2.

AMD is making some big bold claims, to put it mildly, about 2nd generation EPYC CPUs powered by its latest ZEN 2 core design. Fortunately they have the data to back it all up, and it looks outright ugly for Intel. 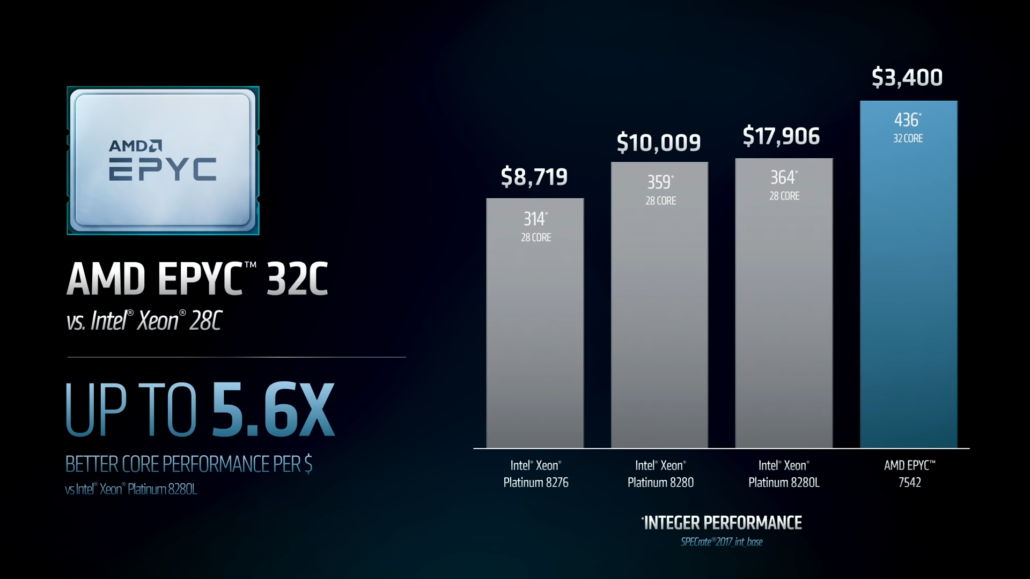 The benchmark in question is SPECRate 2007 SPEC developed by the Standard Performance Evaluation Corporation. The company states that SPECRate is :

"Designed these suites to provide a comparative measure of compute-intensive performance across the widest practical range of hardware using workloads developed from real user applications. The benchmarks are provided as source code and require the use of compiler commands as well as other commands via a shell or command prompt window. SPEC CPU 2017 also includes an optional metric for measuring energy consumption."

AMD's Disruptive Price Structure Sticks it to Intel Like Never Before

The Xeons manage to put on a decent showing in terms of performance and Intel is expected to release even faster Xeons fairly soon, however, AMD's pricing is so disruptive it puts Intel's whole product lineup comparatively to shame

Something that Intel is in effect admitting to by reducing the launch prices of its next generation Cascade Lake-X lineup in half compared to their predecessors. This is in effect a price-cut before the products even hit the shelves and it's simply a must to compete with AMD's disruptive price structure. 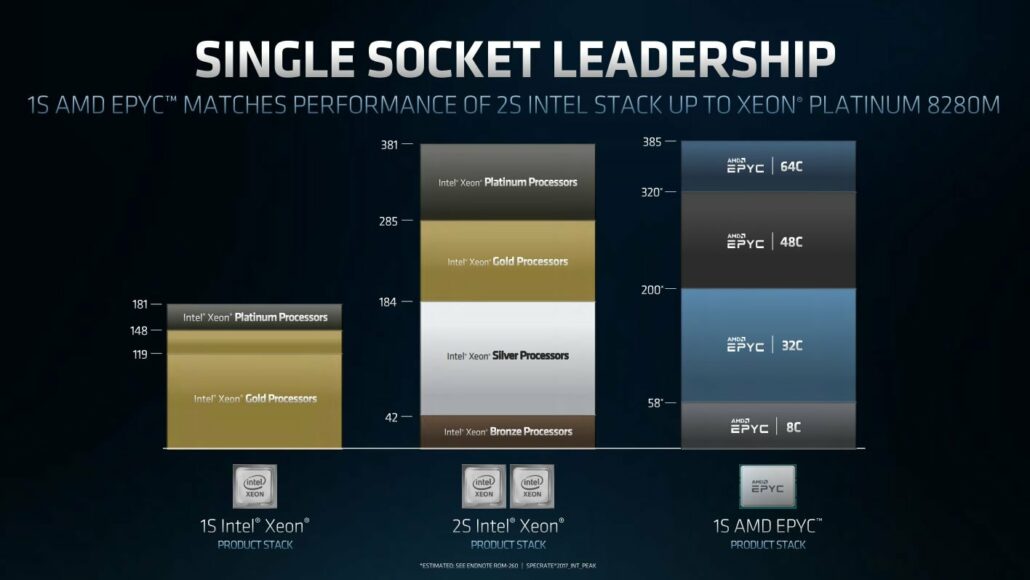 And it's not like AMD is only competing on price, like it used to in the olden days. Thanks to the company's highly scalable chiplet design fathered by CTO Mark Papermaster in the early part of the decade, the company is in fact able to not only compete but out-compete Intel on Performance by delivering double the core count per socket and thus essentially double the throughput in the same amount of physical space, an enormous advantage in servers where every square inch counts.

AMD's outrageously aggressive re-entry into the server market might seem bizarre to some, after all why would a company sell its product that outperforms the competition's ~$18,000 product at a fifth of the price? Well, astute students of history will quickly realize that really this is the only successful strategy to penetrate a market that's been under the strangle hold of a much larger rival for decades. Make a big splash and you will be noticed, be timid and you will be ignored. 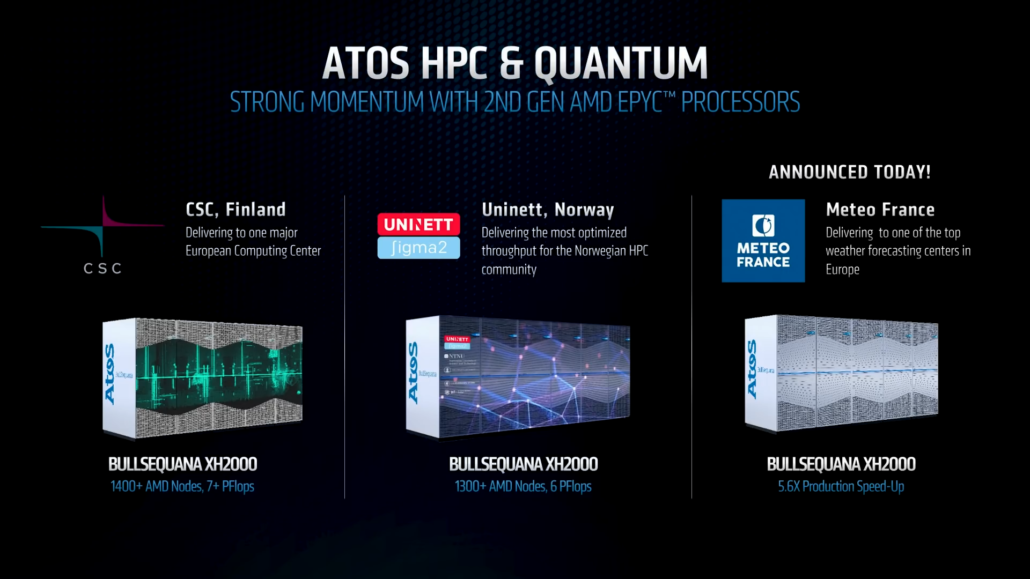 This is exactly what's happening right now, with AMD winning supercomputer contracts left and right. It's simply too good of a deal to pass up, and if you're a customer frustrated with Intel's long-standing incrementalism it's the perfect opportunity to do something about it, and that's what we're seeing transpire today. However, it's only a matter of time before the sleeping giant in Intel wakes up, and when that happens the CPU wars will go absolutely nuclear, to everyone's benefit.