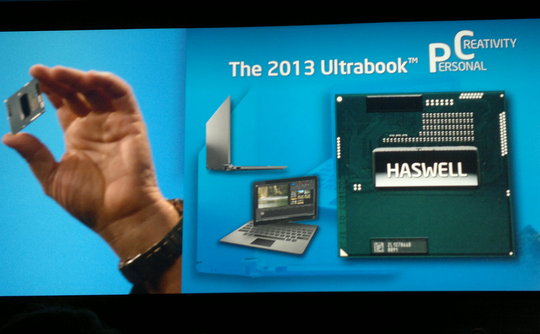 We know much about Intel's Haswell CPU architecture such as its graphic capabilities and type of processing power to expect over Ivy Bridge. Haswell along with its desktop parts would ship in two different variants, Haswell-U for Ultra low power and Haswell-Y for low TDP chips.

Now as we reported a day ago, Intel plans to launch Ivy Bridge-Y series low TDP chips in Q1 2013. Haswell series chips would arrive in Q2 2013 with the most basic Dual Core models featuring GT1 and GT2 level graphic chipsets. Chinese publication of VR-Zone now confirms that there would also be Haswell-U based chips featuring the GT3 level graphic chipsets which would be fused on certain CPUs with TDP ranging between 15-25 Watts (14" and 15" models). The following is an Haswell-U Core i7 series ES with a rated TDP of 15W: 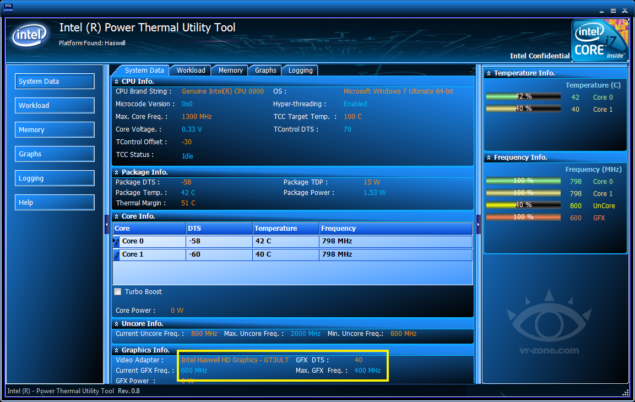 If you didn't know already, Haswell GT3 graphics chipset is said to be 3 times faster than Ivy Bridge HD 4000 series and would most probably be know as the Intel HD 5000 series graphics chip. The specific codename of the chip is 'Intel Haswell HD Graphics - GT3ULT' from a leaked specification shot by VR-Zone. Furthermore, the Haswell GT3 chips would come with 40 Execution units compared to 16 EUs on IvyBridge. This however doesn't rules out the possibility of Haswell GT3 graphics on desktop variants but we have to wait to see those. Haswell is expected in April-June 2013.