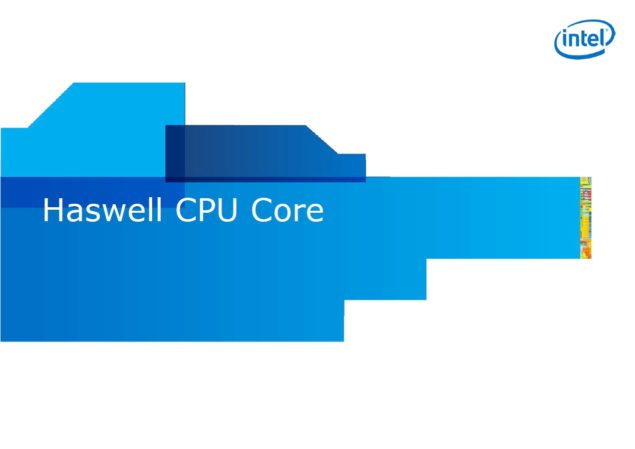 Intel's Haswell ULT (Low Power) processors would be featuring new and improved features which would help them maintain a low power draw without sacrificing much of their performance. These features have been detailed along with the Lynx Point-LP chipset which would support the Haswell ULT Mobile processors.

Back at IDF 2012, Intel demonstrated an Haswell chip which was capable of running an Unigine Heaven demo with a power draw of only 7.5 Watt. That is one significant improvement in power efficiency compared to its 22nm Ivy Bridge architecture. What helps Haswell ULT maintain such a lower draw, the answer is support for a new 24 MHz BCLK which will put the CPU at a standby operating frequency of 192 MHz at idle mode, once the user puts the CPU back in working mode the Haswell ULT chip would be restored to normal settings through software correction.

Haswell ULT CPUs would also arrive with new C-State modes - C8, C9, C10. All three of which would only be available on ULT chips and not the desktop or normal mobile variants. In this state, the Haswell ULT would trigger Off state for VccIO and in C9/C10 state, the voltage would go down to 0V minimizing power draw to the max limit. 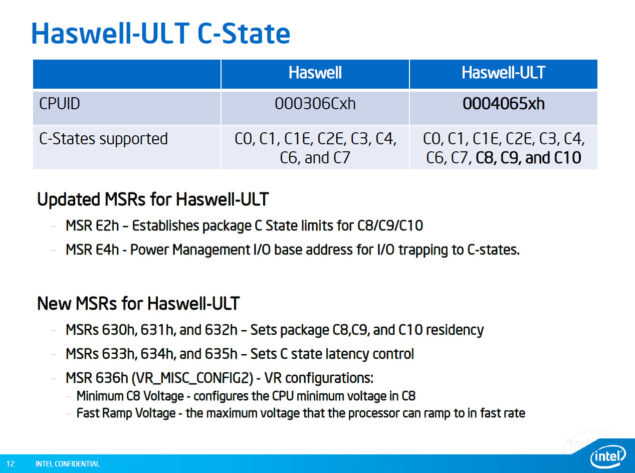 Since Haswell ULT is a complete SOC (System On Chip), the Lynx Point-LP chipset and the CPU would be cross connected for easier thermal management between both. For instance, if the Lynx Point-LP exceeds its Tjmax limit, a signal would be sent to the Haswell-ULT issuing PCHHOT warning signal. Lynx Point-LP, to increase power efficiency gets rid of CPU overclocking, SATA IDE mode and DMI/FDI/PECI controllers. Lynx Point-LP upto 6 PCI-e 2.0 x16 lanes but doesn't offer support for PCI-e 3.0. VGA output have been removed from the PCH, so you would have to rely on either DVI or HDMI for display connectivity. Connectivity on the Lynx Point-LP chipset includes 8 USB 2.0 ports, 4 USB 3.0 ports, 3 SATA III ports and integrated HD Audio. 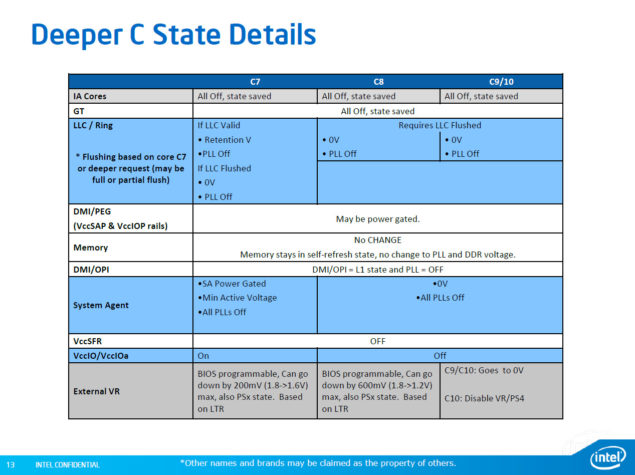 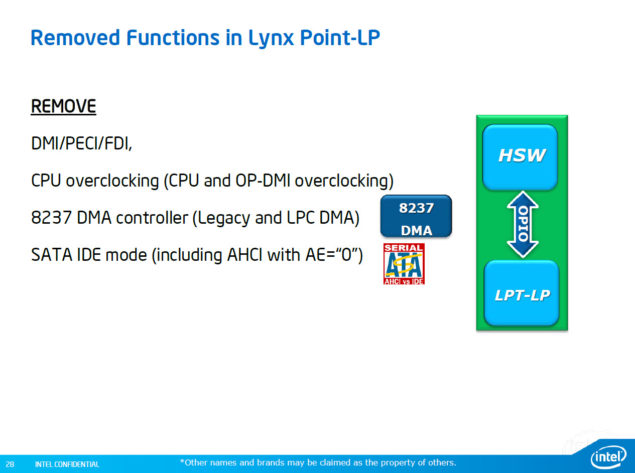