The official specifications and prices of Intel's upcoming HEDT Haswell-E platform which includes the flagship Core i7-5960X Extreme Edition processors have been unveiled by Videocardz. The source has leaked the press deck for the Haswell-E platform which shows several new details along with a preview of the upcoming X99 motherboards which include the ASUS X99 Deluxe. 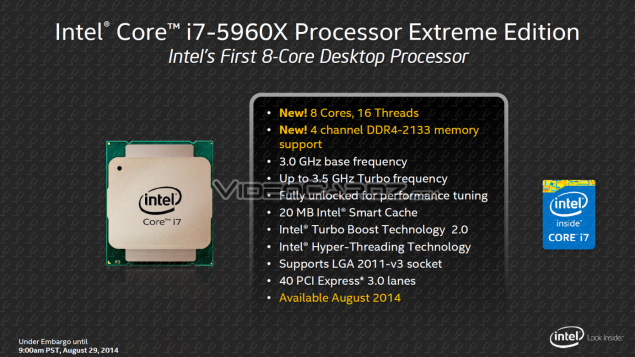 The Intel Haswell-E processor lineup would include three SKUs, the Core i7-5960X, Core i7-5930K and Core i7-5820K. All processors are built on the 22nm Haswell architecture which means that they will improve the IPC performance while keeping the same power limits as previous generation processors due to enhanced power efficiency of the Haswell microarchitecture. Before moving into the feature set of the platform itself, we will detail the SKUs that will be launching in 29th August 2014:

The Intel Core i7-5960X Extreme Edition would be the flagship processor of the lineup boasting 8 Cores and 16 threads. The Haswell-E Core i7-5960X will house 2.6 Billion transistors inside its 22nm die and measures at 335.2 mm which is considered a huge die. The die block diagram also shows that the Core i7-5960X is not a 12 core die as previously expected which turns out to be a Xeon core. We can see 8 Cores with a large amount of shared L3 cache in the middle with a DDR4 memory controller at the bottom and Queue, Uncore and I/O at the top side. This would be Intel’s first 8 Core consumer processor and would be clocked at 3.0 GHz base and 3.5 GHz boost frequency. The processor would feature 20 MB of L3 cache, 140W TDP and support for DDR4-2133 MHz memory. Being the flagship processor of the Haswell-E lineup, the Core i7-5960X would end up with a price of $999 US.

In terms of raw performance, the Core i7-5960X is around 20% faster in terms of 4K Video Editing, 32% faster in 3D rendering and 14% faster in games and AI processing compared to the last generation Core i7-4960X CPU that is the flagship Ivy Bridge-E offering. The models will be available with Intel's TS13X liquid cooler which has been in the market since the first generation of Sandy Bridge-E processors and is priced in between $85-$100 and compatible with LGA 2011-3, LGA 2011, LGA 1366 and LGA 115* platforms. 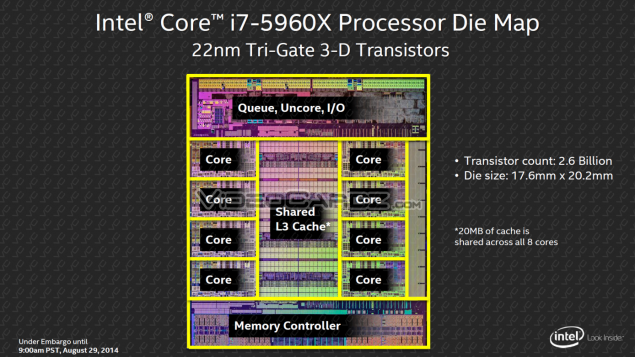 The Core i7-5820K would be the entry level processor of the lineup featuring 6 cores and 12 threads. The CPU comes with a 15 MB L3 Cache, 3.3 GHz base clock, 3.6-3.8 GHz boost clock, 140W TDP and support for DDR4-2133 MHz memory. Being similar to the Core i7-5930K in terms of technical specifications aside from the clock speeds, the Core i7-5820K might just become an attractive processor for the X99 chipset platform since it will be priced at $389 US. There is one limitation however that the processor features only 28 PCI-Express lanes which compared to 40 PCI-E lanes on the other two processors is skimmed down however, the processor would be able to cope with 2-Way and 3-Way SLI setups easily.

The Intel Haswell-E platform will offer up to 79% more performance compared to their 4 core processors on the Z97 platform and massive multi-threaded performance. 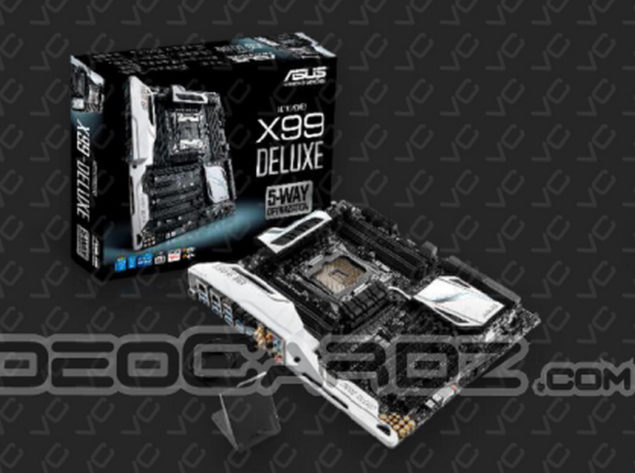 The ASUS X99 Deluxe has been showed off in one of the slides and from the looks of it, ASUS is going with a black and white color scheme on their X99 Deluxe offering boasting their 5-Way Optimization design scheme. The X99 Deluxe looks like a pretty solid motherboard with its new thermal armor spanning the entire audio and IO section and several PCI-e and SATA ports configured around the PCH heatsink. The heatsink itself is fitted with a heatpipe solution which spans the entire assembly to dissipate heat effectively. We will have another post with full details up when ASUS plans to show the official picture of the motherboard. 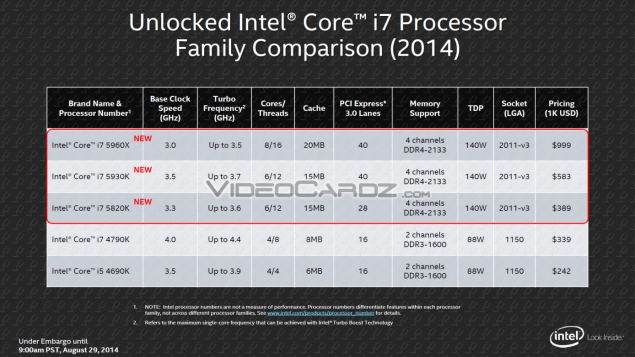 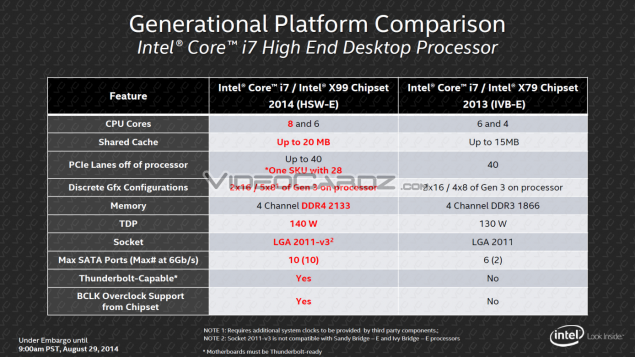 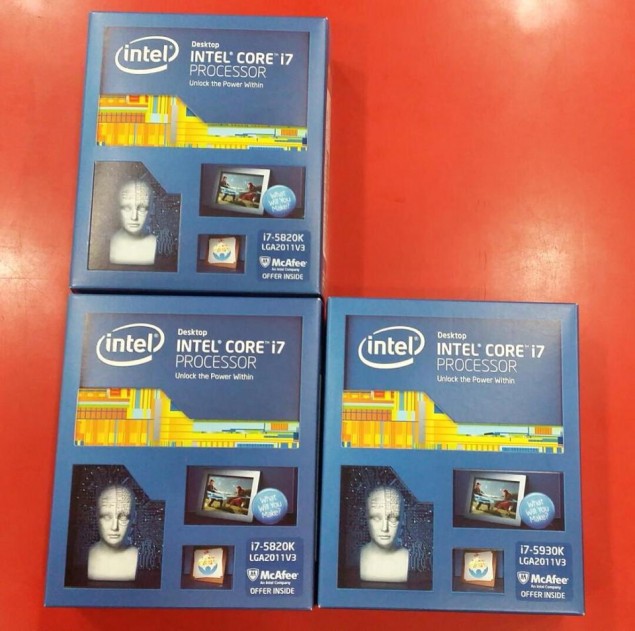 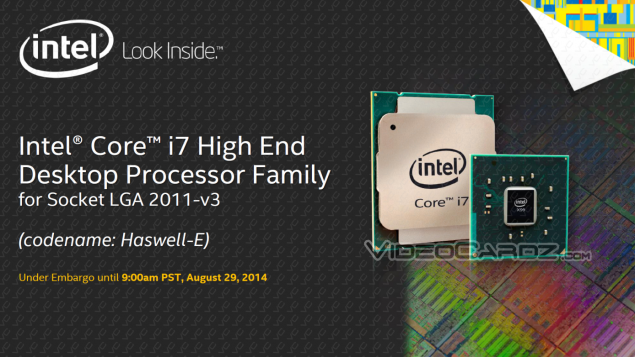 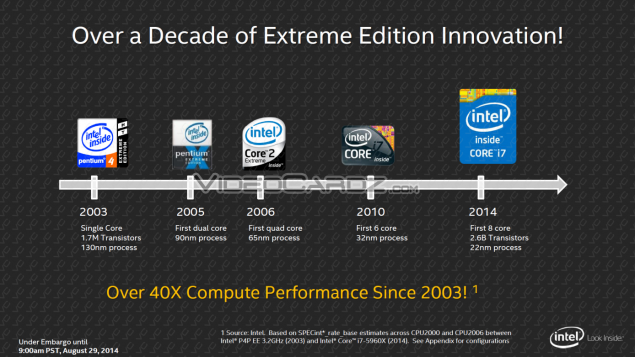 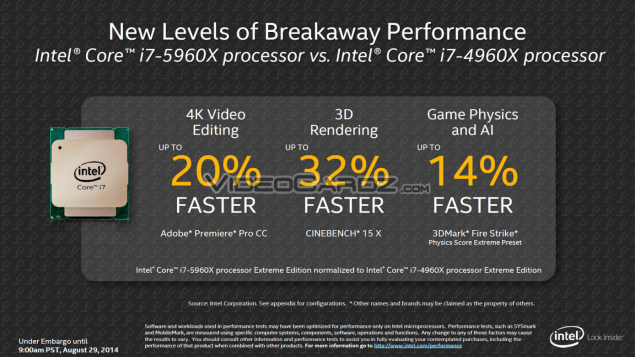 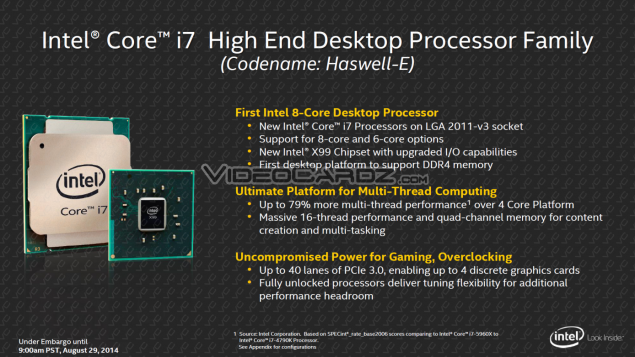 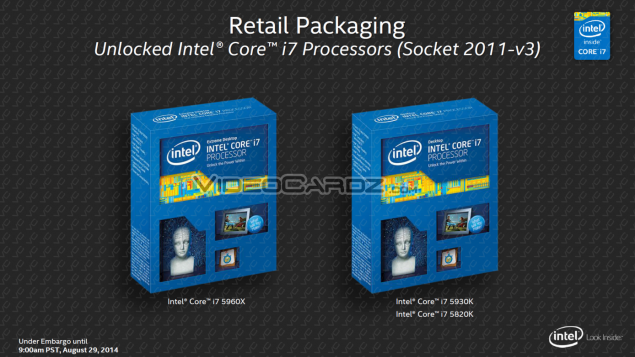 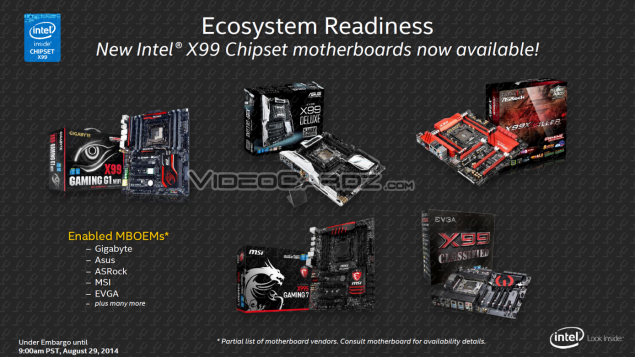 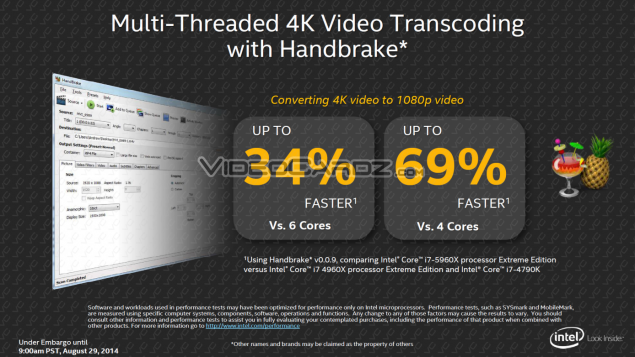 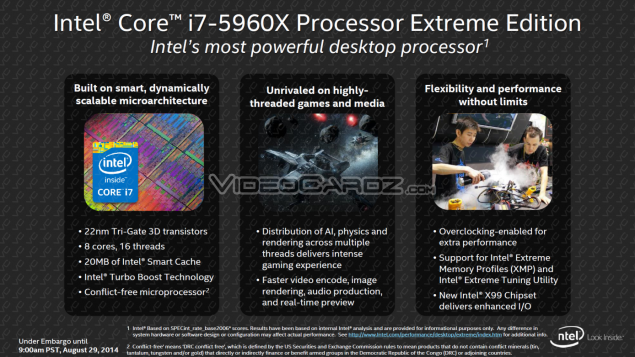 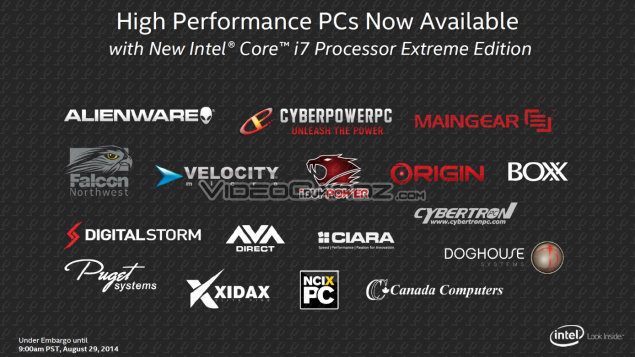 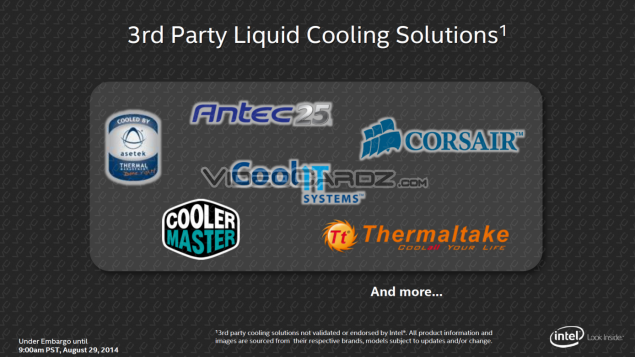 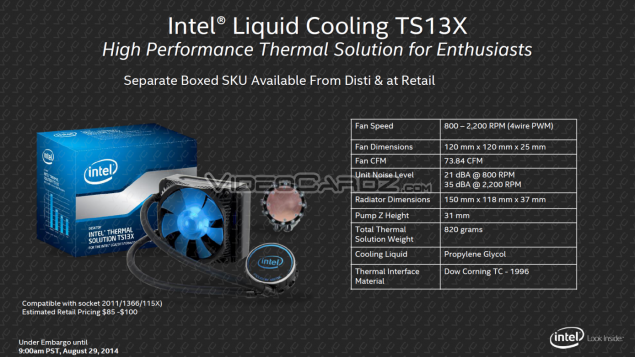