The first benchmarks of Intel's upcoming Broadwell-E Core i7-6850K processor have been unveiled. Posted over at overclock.net forums by user "Maintenance Bot", the benchmarks pit a 14nm Broadwell-E CPU against 22nm Haswell-E which was launched back in 2014. Both chips were ran at the same clock speeds to show the overall IPC improvements. 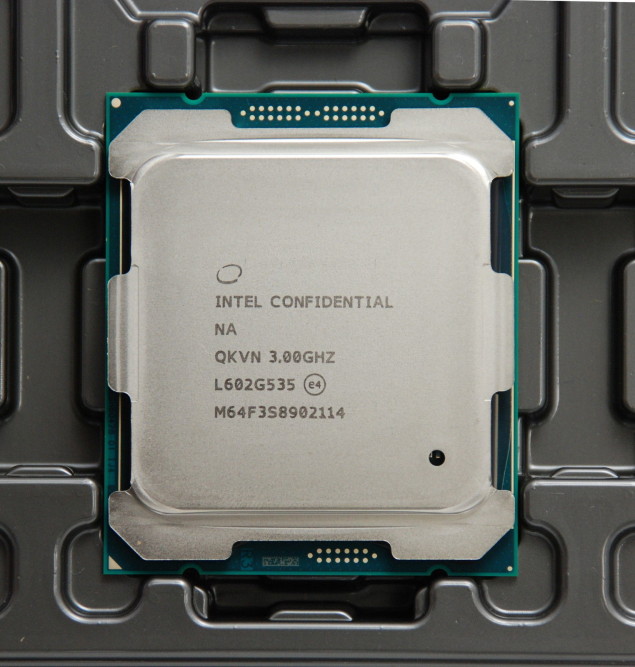 The processors that were used for testing included the Core i7-6850K (Broadwell-E) and a Core i7-5820K (Haswell-E) chip. The Broadwell processors utilize the modern 14nm process node while the Haswell CPUs utilize the 22nm process node. Comparing the both chips, we don't see any major difference in the specs.

Both chips might look similar technically but under the die, both feature a different architecture. Broadwell on average delivers up to 10% better IPC than Haswell which leads to better performance in a number of apps that include gaming. To make the results interesting, the user overclocked both chips to 4.2 GHz and stated that he didn't go higher because that's the limit for his 5820K, suggesting that the Broadwell-E chip could go even more higher.

First thing we note is that Broadwell-E chips feature a new IHS (Integrated Heat Spreader) which cover more area compared Haswell-E IHS. On the bottom, the contact pin layout is the same although the transistors and power regulation has changed. The Broadwell-E chips are much thinner compared to Haswell-E parts with the Core i7-6850K measuring at just 1.12mm while the Core i7-5820K measures 1.87mm.

Finally coming to the benchmarks, the user didn't post a lot of them but they are enough to give us an estimate of the IPC improvements we will be getting on Broadwell-E. Do note that these results are from an Engineering sample so final results should be a slight bit better.

In 3DMark Firestrike, the chip scores 19065 points in Physics Scores compared to 16598 points with a Core i7-5820K. Similarly, the chip gets 1311 points in Cinebench R15 benchmark while the Core i7-5820K manages just 1191 points. Both chips were clocked at 4.2 GHz, the 5820K being a retail chip was able to achieve this clock as its max overclock frequency while the Broadwell-E could be overclocked even higher provided that you have adequate cooling. 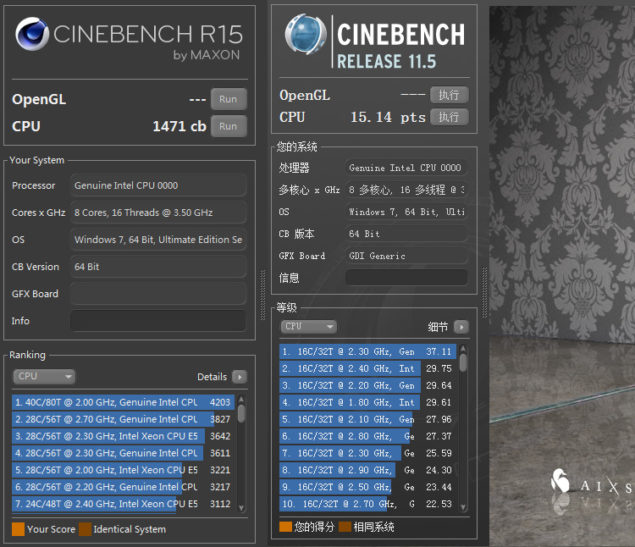 The benchmarks of the Broadwell-E processors show us some good improvement. We can just hope that they feature decent overclocking performance too. The processors have shown up on several retail sites and will be available in June 2016 (Computex). You can check out more specifications of the processors below: 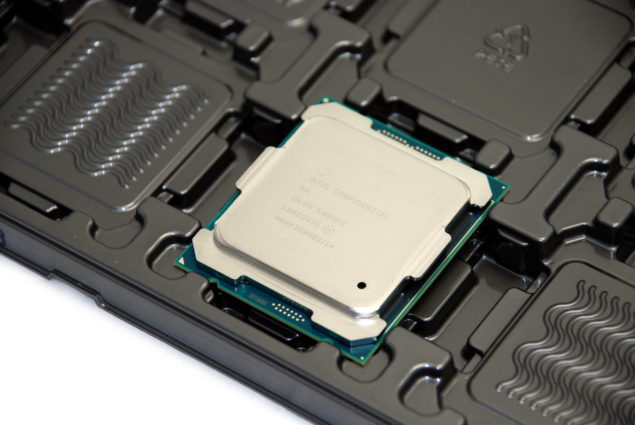 At the bottom of the lineup, Intel will have two SKUs, the Core i7-6850K and the Core i7-6800K. Both CPUs have 6 cores and 12 threads and come with 15 MB of L3 cache but the interesting thing is that both chips are placed for the entry level enthusiasts which means these will be retailing for prices around $450 US. 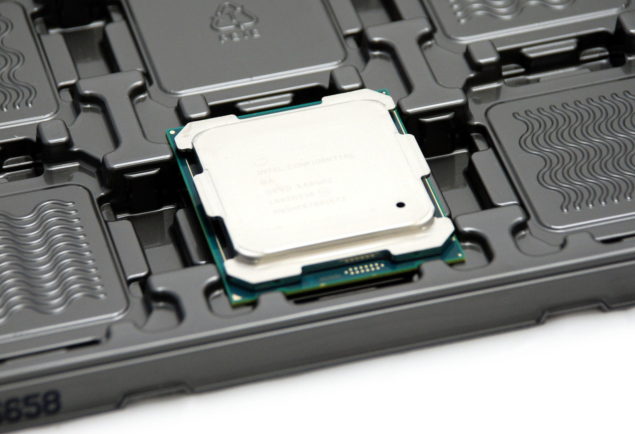 The processors will be compatible with current generation X99 motherboards along with a barrage of new additions from EVGA, MSI, Gigabyte, ASUS and ASRock.