Two new benchmarks of Intel's Core i9-11900K and Core i7-11700K 8 Core Rocket Lake Desktop CPUs have leaked out. The benchmarks were spotted within Geekbench 5 and once again show massive performance gains when it comes to single-threaded performance.

The leaked benchmarks were spotted by Twitter fellows, Leakbench & TUM_APISAK. Both entries are from today with the Intel Core i9-11900K running on a Gigabyte Z490 AORUS Master board & the Core i7-11700K running on the Colorful Z590M Gaming PRO motherboard. 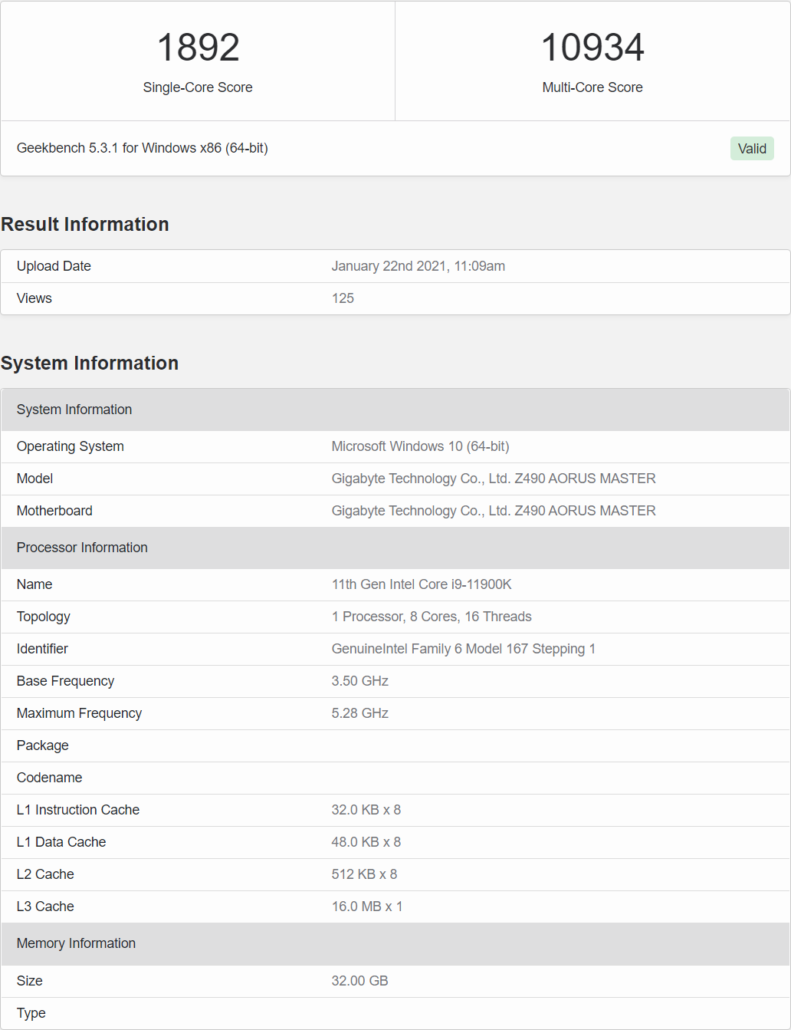 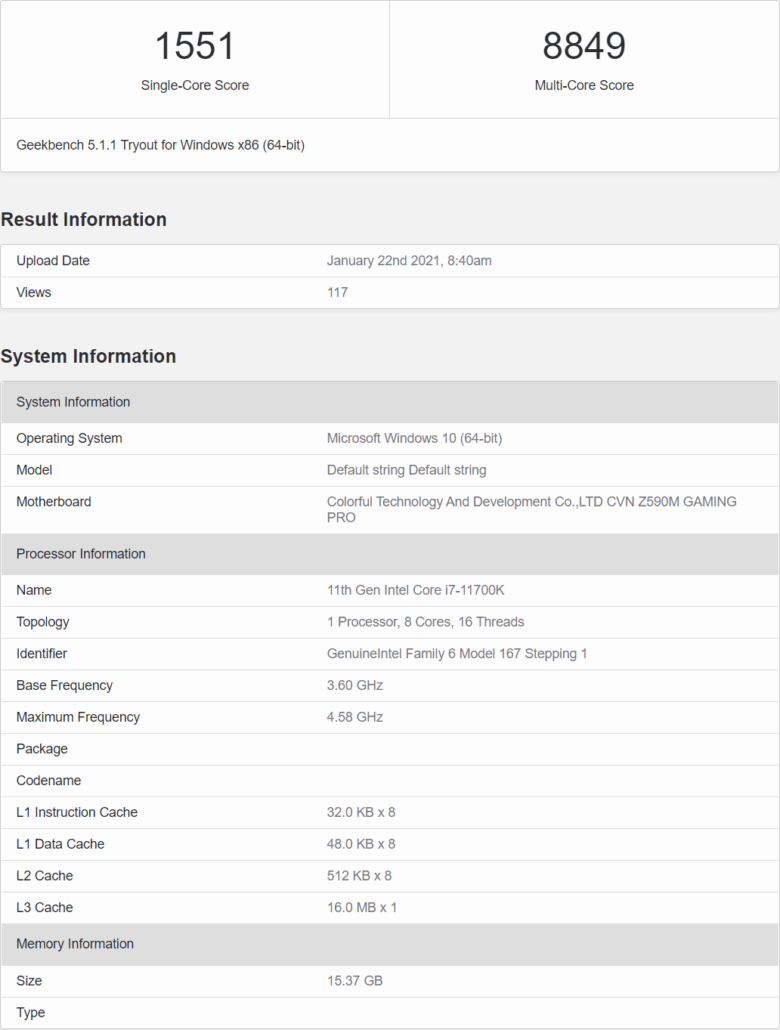