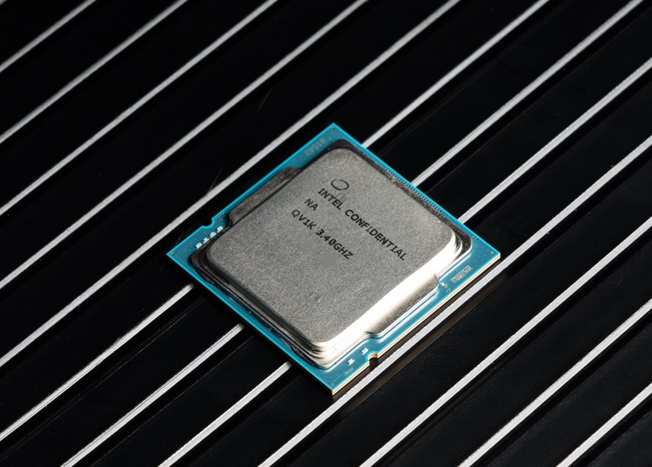 Intel's Core i7-11700K Rocket Lake CPU has made a second appearance in the Geekbench database and benchmarked on the Z490 platform. The leaked benchmark was spotted by TUM_APISAK & the results show a significant double-digit gain over its predecessor in both single and multi-core tests.

The Intel Core i7 lineup is directly positioned against the Ryzen 7 lineup however, it looks like the same would be the case for the Core i9 lineup this generation since both tiers will end up with 8 cores and 16 threads while AMD can maximize its core count up to 16 cores on its Ryzen 9 family.

Intel has been reported to feature some massive price adjustments to match the Core i9-11900K against the Ryzen 9 5900X and the Core i7-11700K against the Ryzen 7 5800X. The Ryzen 9 5950X will remain in the ultimate enthusiast CPU category but the new cypress cove cores will offer better single-threaded performance vs AMD's Zen 3 core architecture so the battle is going to be really interesting in 2021.

Coming to the specifications, we see that Intel won't be segmenting the core/thread count on a tier below Core i9. The Core i7-11700K features the same core configuration as the Core i9-11900K but comes with reduced clock speeds. The chip is said to feature a base clock of 3.60 GHz boost clock of 5.0 GHz on a single & 4.6 GHz across all of its 8 cores. The CPU will even carry the same amount of cache so nothing has changed but the main difference should come from the clocks and power limits. This lower-binned chip will sit at around 225-250W (PL2) limit while the PL1 limit will be standard at 125W. 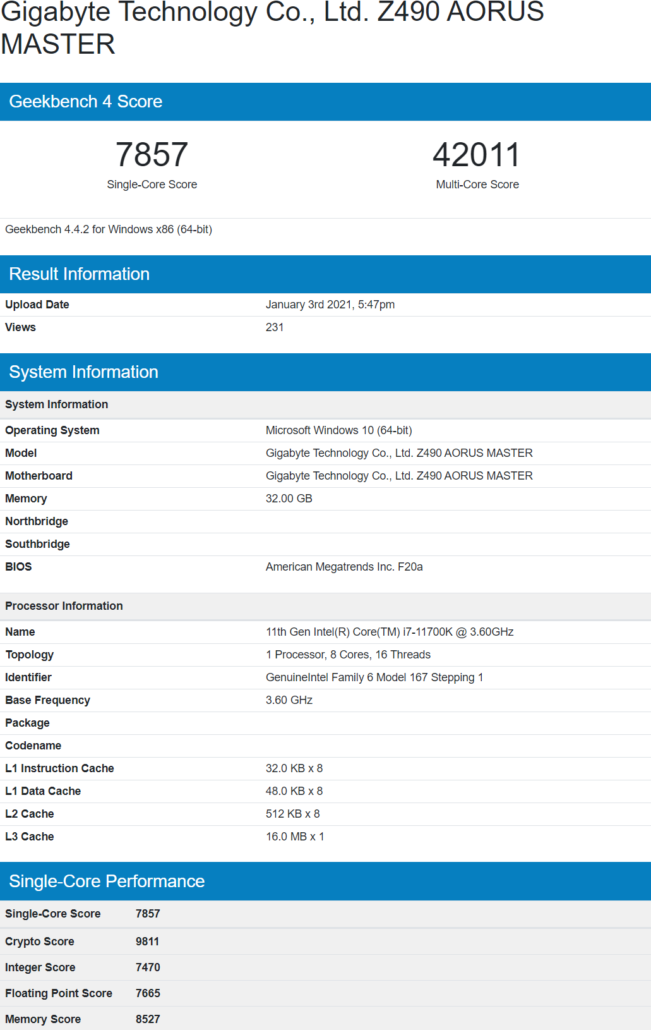 Surely, we can also use other CPUs including AMD's Ryzen 5000 & Ryzen 3000 CPUs for comparison with this result but considering that Geekbench 4 is an older benchmark, we will just have to do for now with the Comet Lake-S results. The Intel Core i7-11700K shows good leverage in overall CPU performance versus Comet Lake-S and it also looks quite competitive versus the AMD lineup but in this particular benchmark, the AVX-512 instruction set is utilized so it's not a perfect comparison for Intel vs AMD chips. Also, AVX-512 instructions, when utilized, makes Intel CPUs run hotter and draw more power than their default configuration.

With that said, the Intel 11th Gen Rocket Lake lineup is getting announced in a few weeks so stay tuned for more official data by Intel themselves.