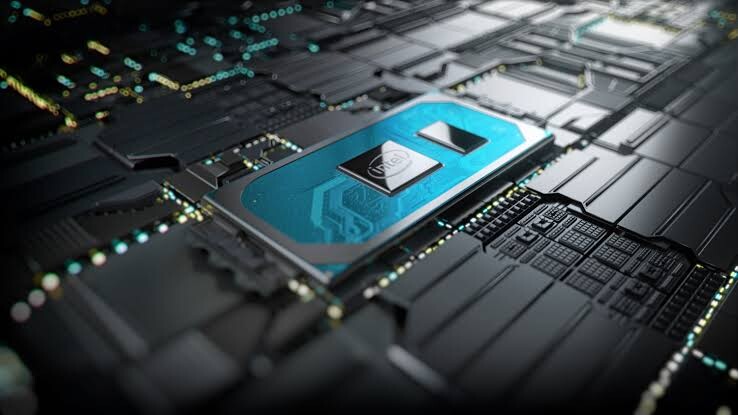 AMD's Ryzen 4000 mobility processors have shaken up Intel since their announcement, because they aim for the notebook market where Intel remained king, but that might change soon. This is shown by rumors stating that the Comet Lake H Parts may be arriving earlier than initially expected, to counter the Ryzen 4000 launch. With that said, TUM_APISAK (via NotebookCheck) has spotted and tweeted out a picture that leads many to believe that Intel might be planning to release a Core i5 chip with 6 cores, but also 8 threads, to tackle the Ryzen threat in the mobility space.

The main surprising part of this listing is that the CPU is stated to have eight threads, this may be an erroneous listing, but if this listing is correct, then the upcoming i5-10500H could be the world's first six-core, eight-thread processor. This processor seemingly has a base clock speed of 2.5 GHz and potentially has an all-core boost to be in the mid-3 GHz range.

If this listing is correct, the i5-10500H will offer similar performance to the i7-10750H, a six-core, twelve-thread processor. That may be the faster model in Intel's 10th Generation, but the direct competitor to this processor is going to be the Ryzen 5 4600H, which offers six-cores and twelve-threads. The direct competitor that being the Ryzen 5 4600H offers more threads while and has a TDP  of 45 Watt and can be configured between 35 - 54 Watts. But the TDP of the Intel i5-10500H has not been released.

A picture of Intel's Core i5-10500H which reportedly features 6 cores and 8 threads. (via TUM_APISAK)

The Ryzen 7 4800H which offer a max boost clock of 4.2 GHz and has more threads than the listing of the Intel i5-10500H, this means that the Ryzen 7 4800H processor might cost quite a bit more, but is expected to offer much more performance. More information regarding the Intel i5-10500H is very scarce at this point, but some other information regarding Intel's 10th Generation can be seen here.