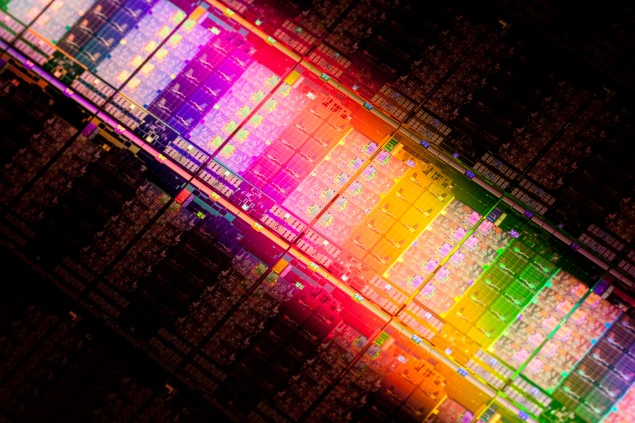 Intel launched a total of three variants of the Ivy Bridge-EP varying in die configurations from 12 core, 10 core and 6 core (Ivy Bridge-E). A total of 18 new Xeon E5-2600 V2 processors were split into these three different die configurations, the only two that are based on the 12 core die feature a total of 4.3 billion transistors which are mentioned below (chart courtesy of Computerbase):

The Ivy Bridge-EP Xeon E5-2600 V2 processors are fully compatible with the LGA 2011 multi-socketed boards and feature Quad channel memory support with DDR3-1866 MHz and 40 PCI-e lanes in conjunction with the C600 chipset. In addition to the new lineup, Computerbase also did a detailed analysis regarding the 12 core Ivy Bridge-EP chips which have a completely new die configuration as compared to their predecessor. 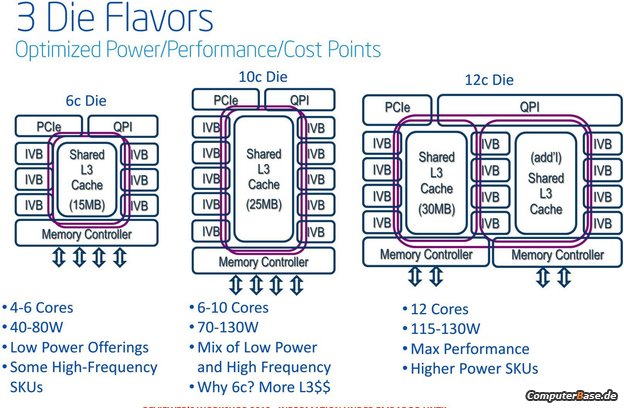 From the slides, it can be seen that Ivy Bridge-EP has three core columns consisting of 4 cores each which amounts to a total of12 cores. This is the flagship 12 Core Ivy Bridge-EP die we are looking at, featuring a three ring design for low latency and high throughput. While the Ivy Bridge-EP processors still feature the Quad channel memory controller, the chip comes with an additional controller which improves memory bandwidth and has its 30 MB of L3 cache split into two parts.

Intel is also preparing to replace their Westmere EX family with Ivy Bridge-EX in Q1 2014. The new Intel Xeon E7 8800/4800/2800 v2 family would fall under the high-end enterprise level Brickland platform that spans three generations of CPU architectures including Haswell-EX and Broadwell-EX as detailed here. The Intel Xeon E7-8800 v2 family would be enabled for 8 Socket and 8 socket plus solutions for enterprise market and would boast 15 cores with 30 threads. The Brickland platform would be based on the C600 Series chipset. The new EX Processors would also be able to support ECC DDR3-1600 and DDR4-2133/2400/3200 memory configurations along with a new version of Quick Path Interface upgraded to v1.1 for v1.0. 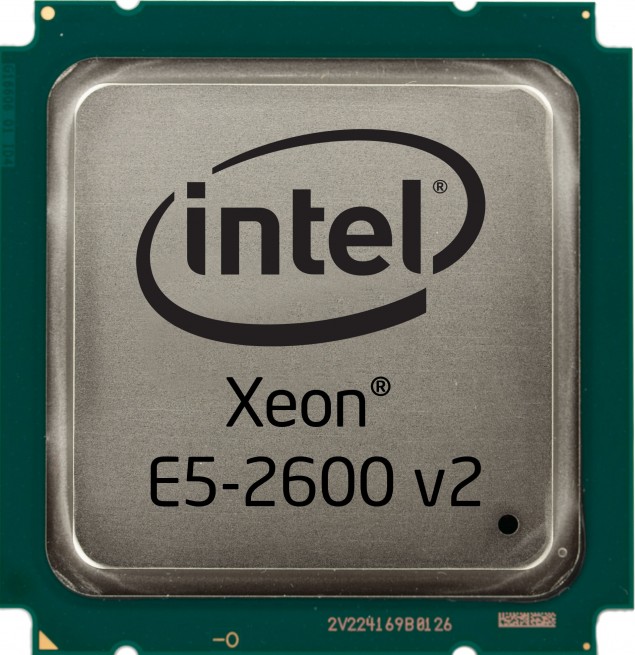 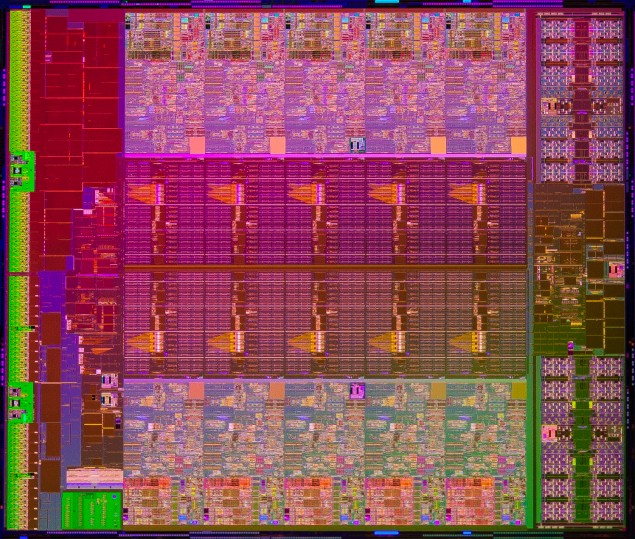 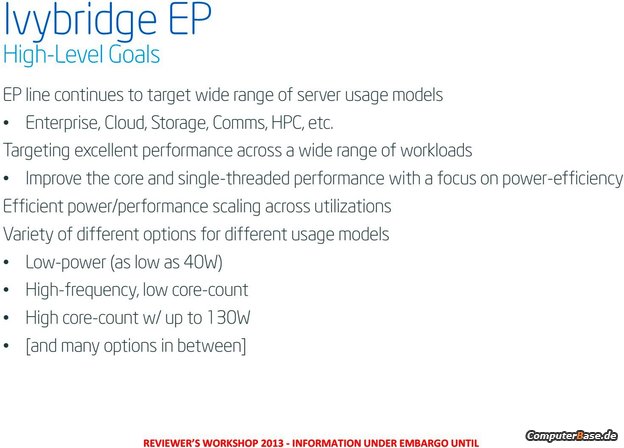 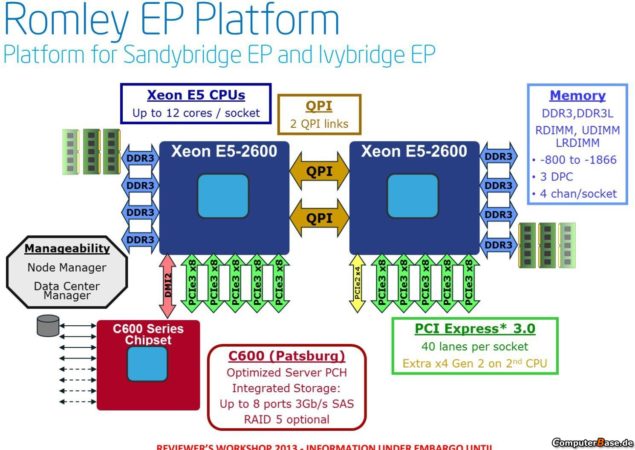 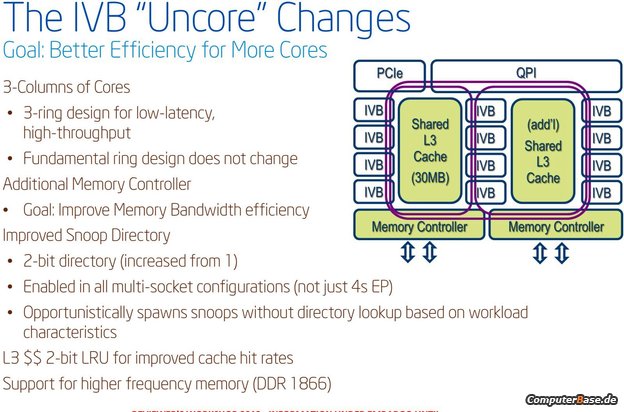 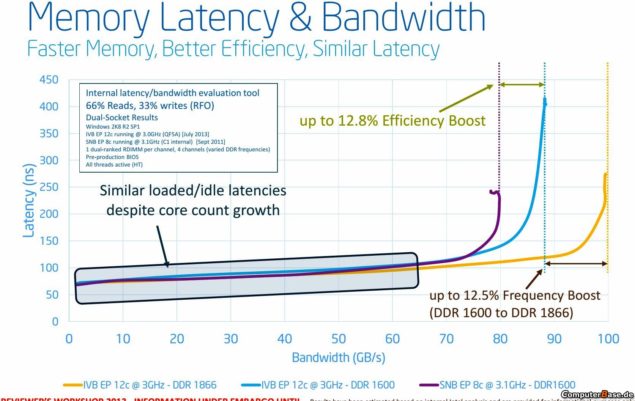