AMD & Intel are releasing some really insane server CPU platforms this year for their next-gen EPYC & Xeon families. We have already detailed the platforms but today, we get to see boards powering the next-gen server space.

The latest pictures come from Yuuki_AnS who has leaked out the full motherboard picture of AMD and Intel server platforms. Although we did get to see the AMD SP5 CPU socket a few weeks back, now we are getting to see the whole motherboard.

Starting with the AMD SP5 platform, the motherboard has two SP5 (LGA 6096) sockets which are surrounded by 24 DDR5 DIMM slots. That's 12 DDR5 memory channels and 2 DIMMs per channel which will allow up to 12 TB of system memory using 1 TB 3DS RDIMM modules. As for the board itself, it is configured with at least 38 VRMs and I believe most of the VRMs are dedicated to the DDR5 slots & IO while the CPUs are powered by a 7-phase VRM that is cooled by their own heat sink. 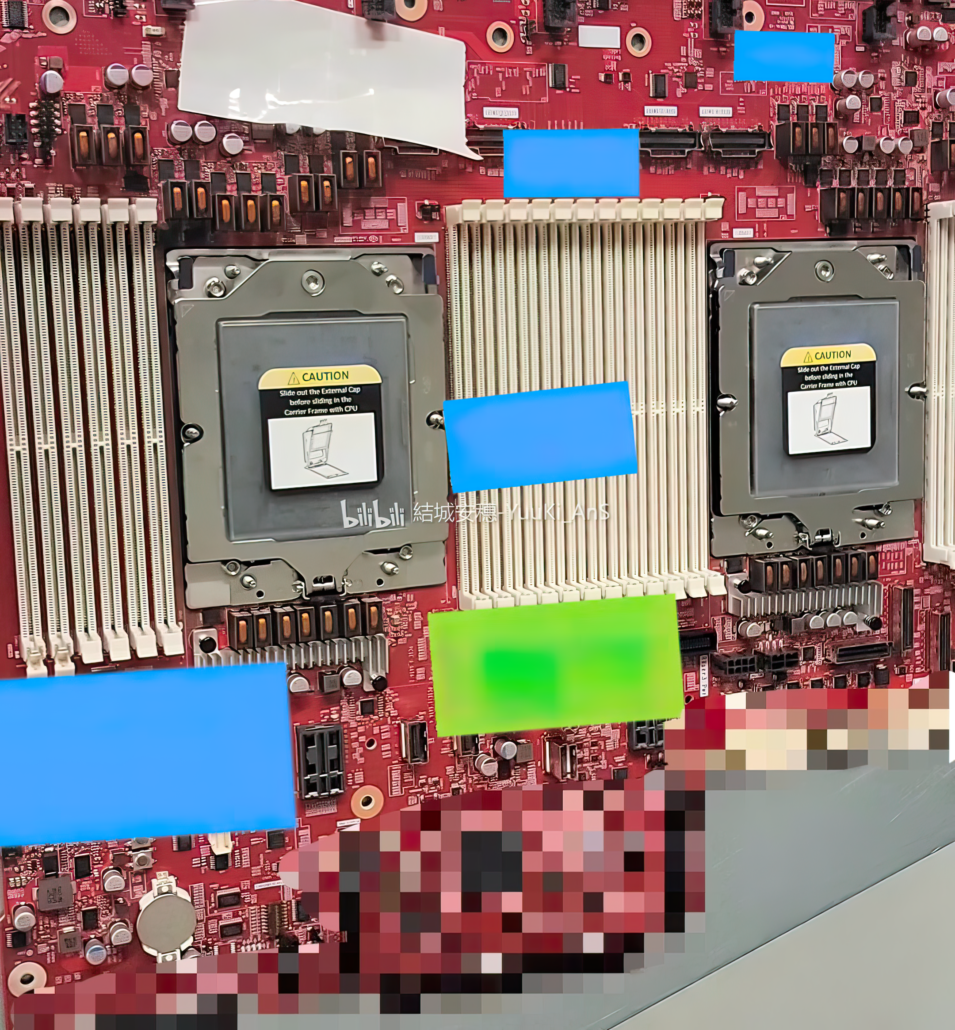 The motherboard also seems to feature dual 8-pin connectors but the full power connector layout isn't shown. Each AMD EPYC Genoa will be able to sip up to 700W of power and as such, a more power-heavy connector layout needs to be in place. This dual-socket motherboard will offer up to 192 cores and 384 threads.

Moving over to the Intel platform, we are looking at another dual-socket configuration that rocks two LGA 4677 sockets with support for the Xeon Sapphire Rapids-SP server CPUs. The sockets are surrounded by a total of 32 DDR5 DIMM slots. The motherboard also features an insane delivery with around 34 VRM phases that power the two CPU sockets and the vast DDR5 DIMM array. That will allow a total of up to 8 TB of DDR5 memory. 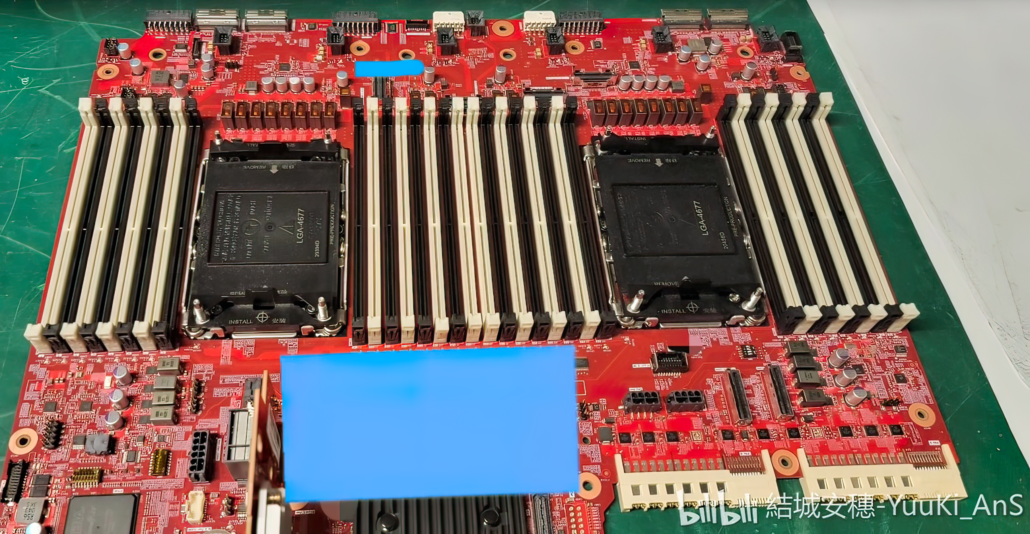 The Intel Sapphire Rapids-SP Xeon CPUs can hit over 700W of power at their peak limit despite a PL1 rating of up to 350W. Once again, we see dual 8-pin connectors along with a 12-pin connector on the motherboard.

The Intel Xeon and AMD EPYC CPUs will be battling out it in the second half of this year. It looks like AMD will continue to outclass Xeon CPUs in almost every department except a few niche workloads where Intel is betting on its AVX-512 and HBM horsepower. Despite that, both platforms are insane and will be offering a huge upgrade to both side of HPC customers.