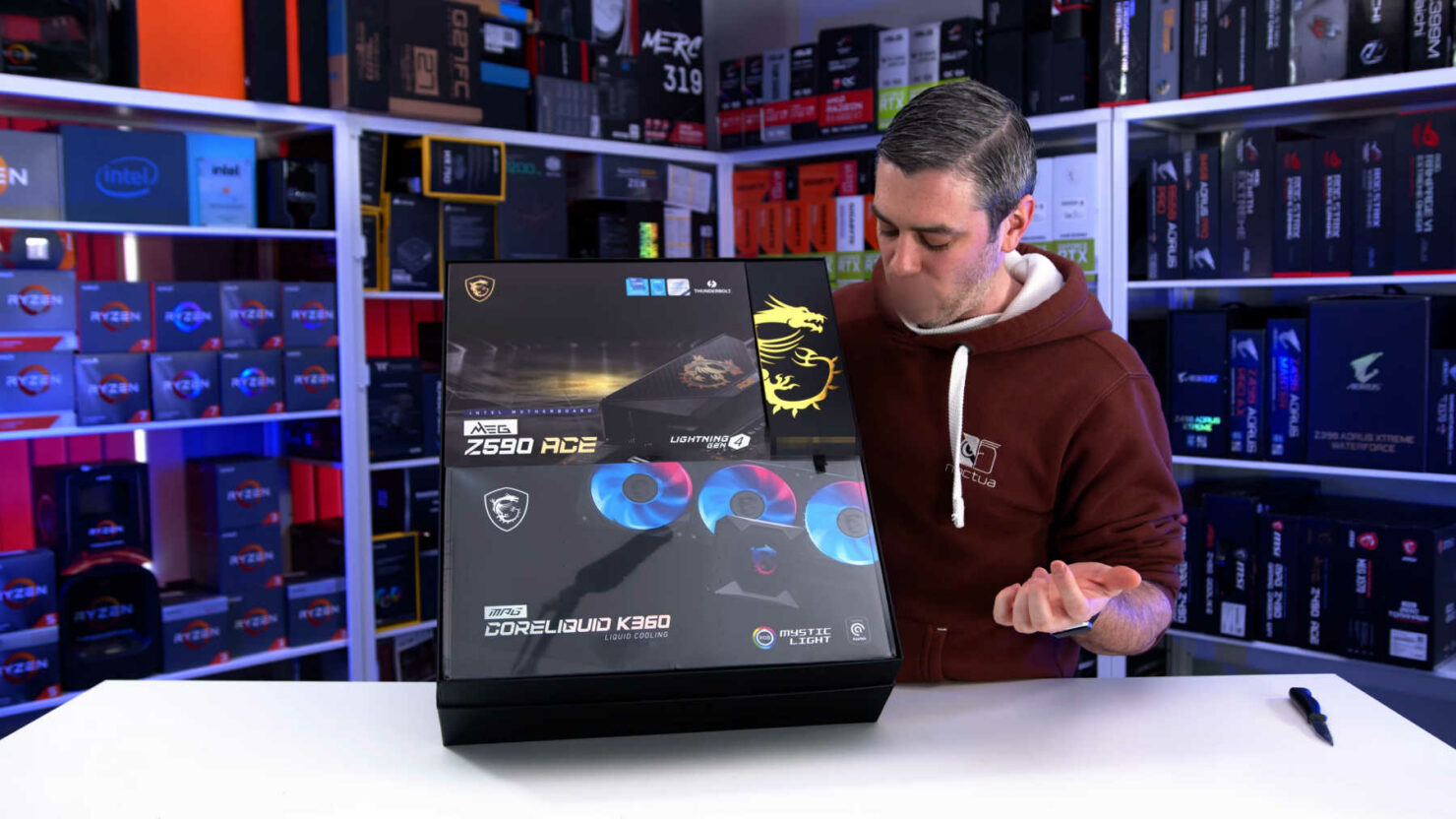 As we get closer and closer to the release date of Intel's 11th Generation Core Rocket Lake-S Series processors, reviewers have already gotten their hands on samples of the processor. Alongside the processor, Intel has partnered up with MSI to give the reviewers a motherboard as well. The first look of the processor, as well as the review kit, was shown off by eTeknix.

With the kit seen in eTeknix's video, we can see that he has received an unknown processor alongside the MEG Z590 ACE from MSI. Although the processor is currently unknown (blurred out in the video), we expect it to be Intel's best offering: the flagship Core i9-11900K CPU. It would be extremely surprised if it wasn't this processor in the kit just because reviewers normally review the best CPU first because Intel provides them with the sample of the best CPU first.

A few other products came with the kit as well. The only other product we see is the MPG Coreliquid K360 CPU cooler from MSI. The design of the cooler is a 360mm AIO with what looks to be an LCD screen on the pump head. Other reports also mentioned that a DDR4 5333MHz memory kit would also come, but it has not come with eTeknix's review kit.

Other reviewers most likely also have their kits in hand, but we aren't sure if they all have the same kit. Some may have the DDR4 5333MHz memory kit in theirs and others may not. At this point, we just have to wait for the embargo to lift for reviewers to show off their kit and Intel's latest offering.