Last week, we got a good look at Intel's flagship 10th Gen mobility processor and its performance numbers and this week, we get to see another performance benchmark, but this time for Intel's entry-level Comet Lake-H CPU, the Core i5-10300H.

Intel Core i5-10300H Quad-Core Pumps Up The Clock Speeds, Up To 11% Faster Than the Core i5-9300H In Multi-Core Performance Benchmark

The Intel Core i5-10300H is reported in detail by LaptopMedia (via Videocardz) who report not only the specifications of this upcoming mobility part but also its performance benchmarks. The Core i5 chip features four cores and eight threads which aren't anything special compared to the previous i5 that featured the same configuration.

The Core i5-10300H utilizes the same 14nm process node and the same underlying architecture as its predecessor. The cache sticks to 8 MB (L3) but the clock speeds receive a nice boost of 2.50 GHz from 2.40 GHz and a boost clock of 4.30 GHz versus 4.10 GHz. The other major difference is that i5 10th generation chips support the higher-spec'd DDR4-3200 memory which allows for an overall boost (CPU & iGPU). The TDP of the chip will stick to 45W (cTDP down to 35W) like the rest of the family. 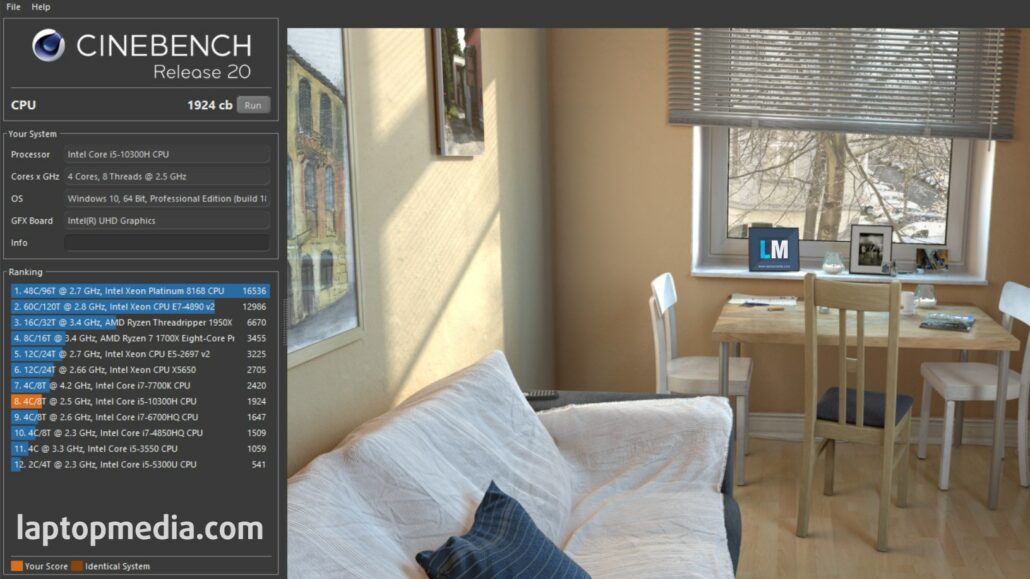 In terms of performance, it is reported that the chip is up to 11% faster in Cinebench R20. The Core i5-10300H scored 1924 points compared to 1730 points of the Intel Core i5-9300H. There's also the thermal question of whether how long these 10th Gen Intel chips would be able to sustain their said boost clocks in regular notebook designs. It's not a major leap in performance but right now, Intel needs all the performance boost it can get since this chip would rival the Zen 2 based Ryzen 4000 mobility processors.

The new Ryzen 4000 H-series comes with upgraded core counts, higher clocks and the new Zen 2 architecture and benchmarks have shown that AMD is going to repeat the same thing with Intel that they did in the desktop segment. Intel isn't likely going to raise the prices of their laptop chips but would presumably drop them in the coming months as a report suggested.