- Recommended: How to Activate God Mode and Access 260+ Settings 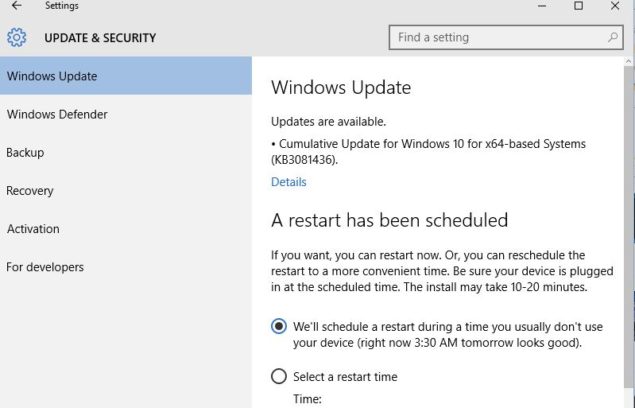 You might be thinking that Microsoft is all done with Windows 10 development for now and should be focusing on Windows 10 Mobile, however, Microsoft seems to have different plans. Folks at Microsoft are making sure to roll out regular maintenance updates fixing bugs as they appear to offer a smooth experience to users. This will in turn also help the company get more love for its latest operating system before it's released for mobile devices as well, later this year. Gabe Aul, earlier today, tweeted that Mobile OS is also getting there and we should be expecting a build rolled out to insider members very soon.

For the Windows 10 users though, it is the stable experience of the desktop operating system that they are concerned with and Microsoft understands that. A second cumulative update has been pushed out to Windows 10 upgraded computers via Windows Update. This update is expected to bring fixes to several reported errors. However, we aren't exactly sure which bug fixes are part of this specific update except that it brings some security patches. Here are the details that Microsoft has included in the official update log. 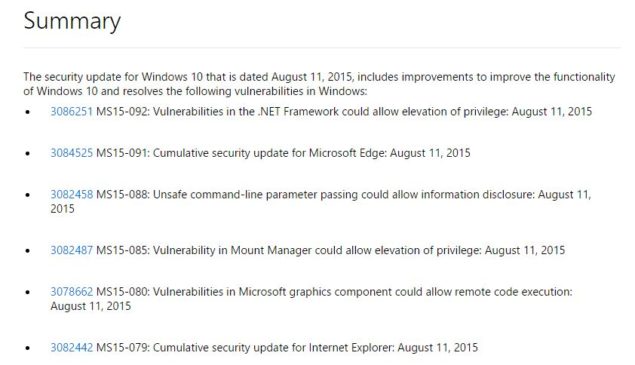 You can also install the update manually by downloading it from the support page.