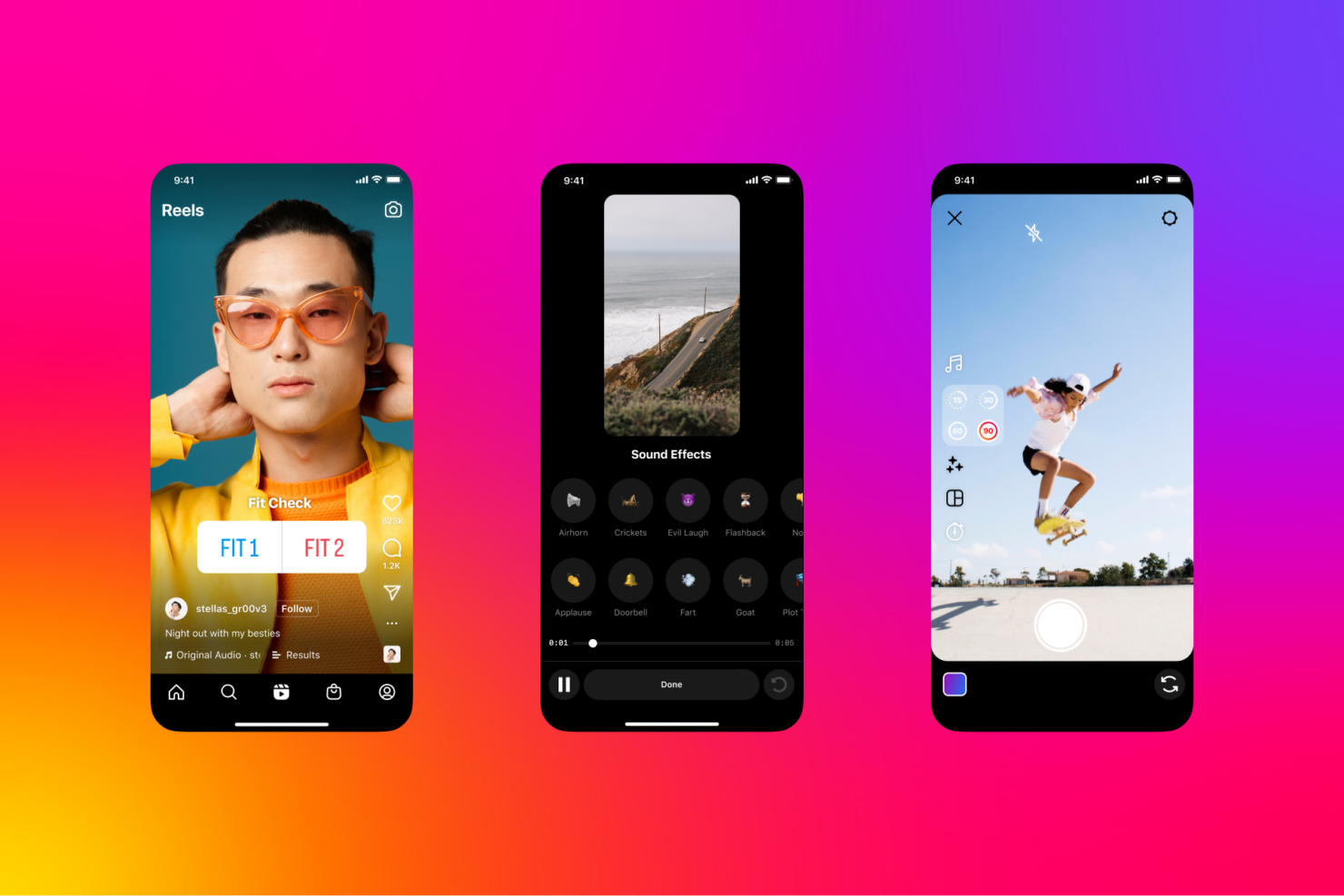 Meta has decided to make Instagram Reels more accessible and better for everyone. In order to make sure that it can compete with the likes of TikTok and Snapchat, Instagram has announced today that it would be offering a host of new features specifically targeting the creators who are using Reels.

Creators will now get access to an enhanced sound effects library so they can make their Reels better. They can also import their audio directly into Reels and the feature can be accessed through the "Import Audio" toggle. This will take your existing video clip that is a minimum of 5 seconds or longer from their camera roll and import the sound from that video into the Reels. Of course, others will be free to use the same sounds once they have uploaded them onto the Reels.

Previously, Instagram introduced support for interactive stickers through its Stories. Now, the feature is coming to Reels. Additionally, you will be able to make polls, inviting an audience to share what they want to see next or going ahead and create fun environments full of interactive quizzes. Of course, there is an emoji slider sticker as well that will be available on the Reels, which will allow the viewers to rate the content using various emojis.

Despite TikTok taking its videos to 3 minutes and then 10 minutes, Instagram has decided to take a more modest approach and increased the length of Reels from 60 seconds to 90 seconds. Finally, the best feature that you can get in the upcoming update is Templates. This will allow all the content creators to easily sync clips with music and video. The template will pre-load with placeholders, which creators can then go ahead and fill in to create their own content.

In addition to the new Reels update, Instagram has decided to add a new typeface, as well as Amber Alerts.