Then out of nowhere while I was thinking of my angle for this write-up, the answer struck me. I’m the Inside Trader. I’m the one with the privileged information. Not because I know any great big secrets or work for CIG or write for WCCF or have met Chris Roberts and shaken his hand, but for a few important reasons:

Here’s the thing. Software development is hard. I’ve spent the last 16 years working in finance, often on large scale software development projects significantly larger and more expensive than your average AAA game. I know some people will point and say it can’t be done. The thing is though, with enough time and money, pretty much anything can be done. Those who say it can’t be done are of course entitled to their opinion, but they should NOT interrupt those who are doing it. It’s easy to destroy, it’s harder to create. The internet has given a platform to any voice that wants to destroy and although that’s a shame, I respect that people are entitled to their own opinions but the amount of clickbait and self-promotion that occurs on the web today is a pity.

I separated out the last reason I’m the inside trader, because in some ways. It’s the single most important. With enough time and dedication, anyone can go and watch some video updates, read some comm links etc and get a decent picture of the project and software development as a subject in general, but this one makes the process of turning yourself into an inside trader like me infinitely easier. Namely:

“You what?” I hear you say, but it’s the truth. The bottom line is, not everyone knows everything about this game. Doesn’t matter how much you read, how many videos you watch, how much research you do. There will always be some piece of information that you’ve missed as nobody can do it all alone. Find yourself a community. It could be a local group of 2 or 3 people who get together every month or two for a beer or a coffee or lunch. It could be a subreddit, a facebook group, a fansite, a Star Citizen org, it could be people from the comments section of this very website. Talk to them, engage with them, learn from them. Find a friendly group. There will always be disagreements, but ultimately you will all gain from the experience. You’ll find friends, compatriots, in game opponents, sisters and brothers in arms and it will help you navigate the brawling and bewildering beast that Star Citizen can be to the uninitiated. If space games aren’t your thing, that’s fine, but there’s no reason to try to bring others down.

I’ve “met” a lot of people around this game, some in real life, most online who shared my passion, some my age or older and huge flight/space sim fans who I can reminisce with over old games, some the new younger generation who felt a yearning in their soul for a game richer and deeper than yet another yearly rushed update, pushed out the door half finished in order to make a holiday season cut off date. Star Citizen transcends this and calls to the true gamer in all of us.

I’ve always loved space. Since I was a kid, I’ve looked up at the stars and wondered what it would be like to traverse them. That wonder and excitement burns as deeply and brightly inside me today as it ever did if not more so. It’s unlikely I’ll get the opportunity to go into space in my lifetime but already commercial spaceflight has become a reality. Out of reach of most, but it’s there and the desire of humanity as a species to progress and move ourselves forward whether it’s something from our pre-history as simple as the discovery of fire to the rocket scientists of today who will create the spaceships of tomorrow is something that unites us all. Whether you like it or not, every single person that pushes the envelope should be applauded because whether they succeed or fail, they move us forward, nudging things on in their own way. This is true, no matter the subject. 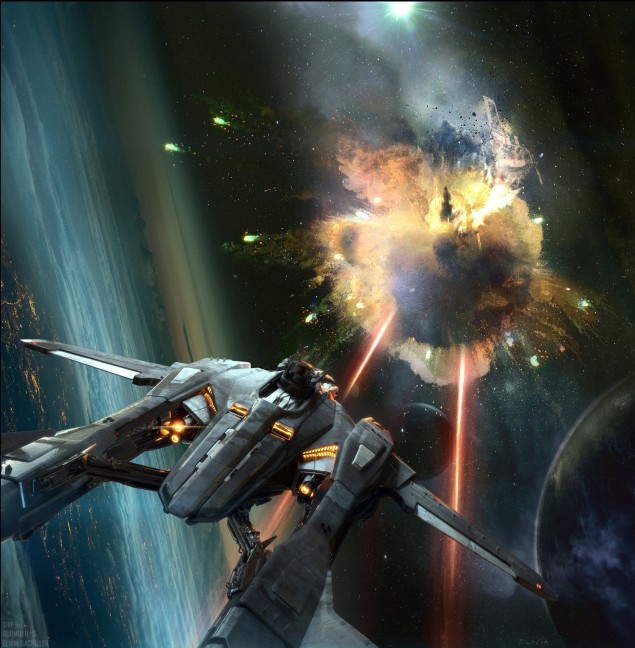 Who among us doesn’t ooooh and aaaaah at the latest graphics card flagships from nVidia and AMD. How many actually buy them? We know the majority of the market is further down the price/performance scale than the flagship, but we know that the flagship has moved things forward somehow, that in a year or two, that level of performance will be within our grasp. Star Citizen is the nearest thing I can think of to a “gaming flagship”. Just look at the technology they’re bringing to bear in the performance capture for squadron 42 in the video I linked above. These kinds of efforts move everything forward and set new standards across the board. They’re reaching for the stars, so am I, that’s why I’m a backer and you should be too.

I’ll leave you all with a note I wrote to the community I’m part of when I was leaving Manchester after CitizenCon this weekend:

“All, as I pack my bags and get ready to leave Manchester I'm reflecting on a great trip and I'd just like to say that despite the fact that I didn't get as much time to spend talking and getting to know everyone in person as I'd like to have done, I can safely say that I didn't meet a single person from here who I didn't think was awesome.

CitizenCon was a great experience and I'm still sure the game will be awesome but it's you guys who will make the experience unforgettable. I know we had lots of plans to talk about group stuff and organising ourselves a bit more effectively which didn't happen due to the compressed schedule but I'd encourage everyone here to look at coming to Gamescom next year whether SC do a presentation there or not. I'll be there for a few days which should give a lot more time for us to all talk shit at eachother. XD

See you in the ‘verse.