So needless to say, when it was announced that Star Citizen would have its first UK event this year, I snapped up a ticket. I’ve been part of a UK based fan group for a while now and quite a lot of the others were also going. The months of anticipation were a killer. We saw other events come and go, always watching but frustrated that it wasn’t our turn to be there yet. Finally, last weekend our turn came. 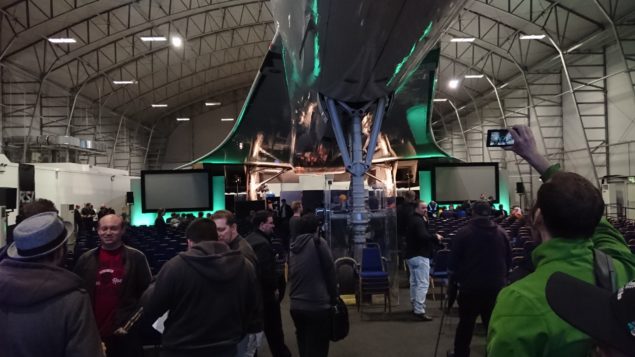 I’m assuming you’ve seen either the livestream or the upload by now. If you haven’t yet, you can watch it here.

If you don’t have a spare 2 hours to watch the whole thing, do yourself a favour and check out the following:

The trailer for Squadron 42 (the single player campaign in the style of Wing Commander), including the cast list of Hollywood actors can be seen here.

The ARK Starmap is a thing of beauty and can be found here.

The tech explanation of the actors performance capture can be found here.

Everyone was very friendly and down to earth from Chris, Sandi and Erin to all of the staff from Foundry 42 in the UK who were on hand to talk the night away with backers as friends and passionate fellow gamers united with common purpose, they were the stars but there were no divas and you were as likely to get bought a beer by Erin as to get an autograph from Chris.

One of the many friends I’ve made in following/playing this game commented that Chris’ expression during the show while we were watching one of the videos was like he was looking at his first born so it was only fitting at the end of the show when the cake was broken out and we all sang happy birthday (and got to have some surprisingly good cake!).

All in all, a grand evening was had, new friends were made, existing friendships were cemented, brother and sisterhood was celebrated as we all came together to experience and celebrate what we are all looking forward to. 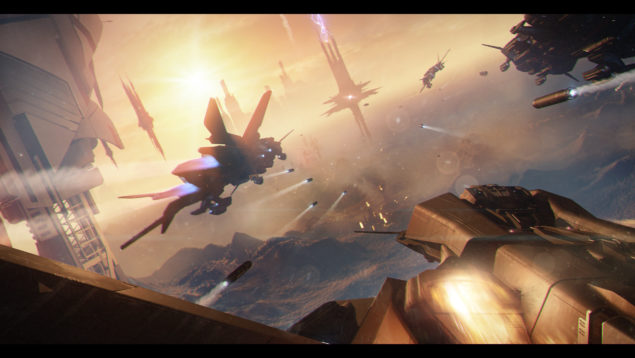 There had to be one. I came away from that show exhilarated. In the real world however, there are still pessimists. Poring over the comments section on this very site, I see a lot of negative comments. That’s not surprising, the world would of course be boring if everyone had the same point of view. The thing is, I found myself wondering how it can be that such vehemently negative viewpoints can be around given the evidence before us, the amount of time we all know it takes to do complex development, the amazing progress made so far, the already very playable game that I regularly lose myself in for hours at a go, the detailed monthly reports telling us what they’re working on, the tech demos they publish, all of this and more surely flies in the face of any reasonable person thinking there is nothing here right?