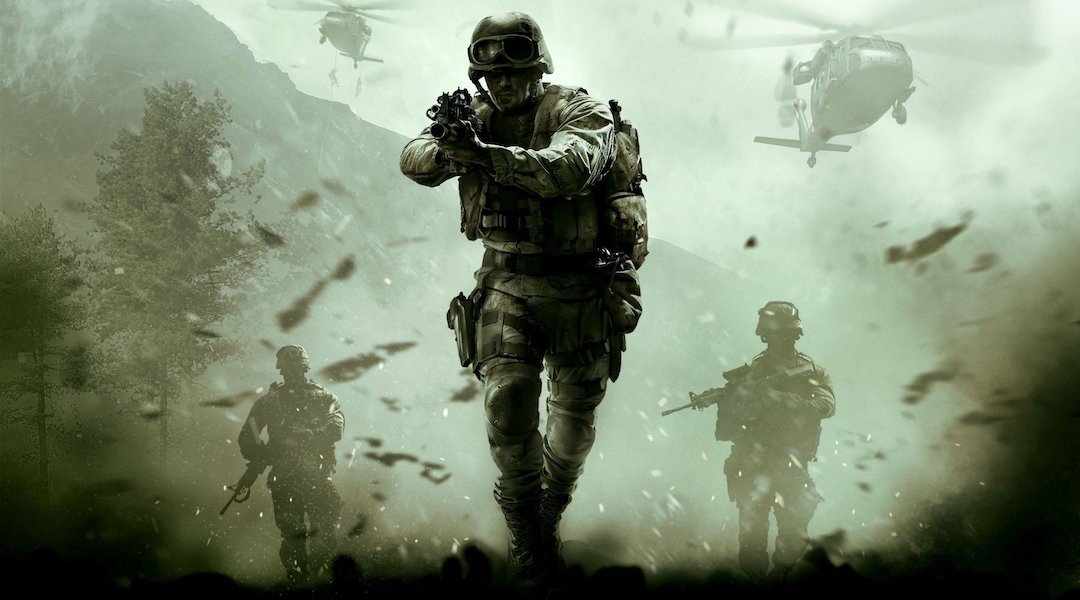 At least, that’s what a recent job listing at the studio implies. While the listing itself doesn’t explicitly mention a release in 2019, the CoD series entered a three-year development cycle back in 2014, with Infinity Ward, Sledgehammer and Treyarch taking turns in each year’s Call of Duty title.

"This will give our designers more time to envision and innovate for each title. Simultaneously, it will give our content creators more focus on DLC and micro-DLC which, as you know, have become large and high-margin opportunities and significant engagement drivers," said Activision Publishing CEO Eric Hirshberg back in 2014. "Finally, it will give our teams more time to polish, helping ensure we deliver the best possible experience to our fans each and every time."

With Treyarch being responsible for the upcoming Call of Duty: Black Ops 4, and Sledgehammer Games having released last year’s Call of Duty: WWII, 2019 will be Infinity Ward's year to release a new Call of Duty.

Alongside the reference to “multiple next gen platforms”, the listing for a narrative scripter also suggests that Call of Duty 2019 will include a campaign mode.

“Come work with the game industry’s brightest on a new, exciting, unannounced title for multiple next gen platforms”, the listing reads. 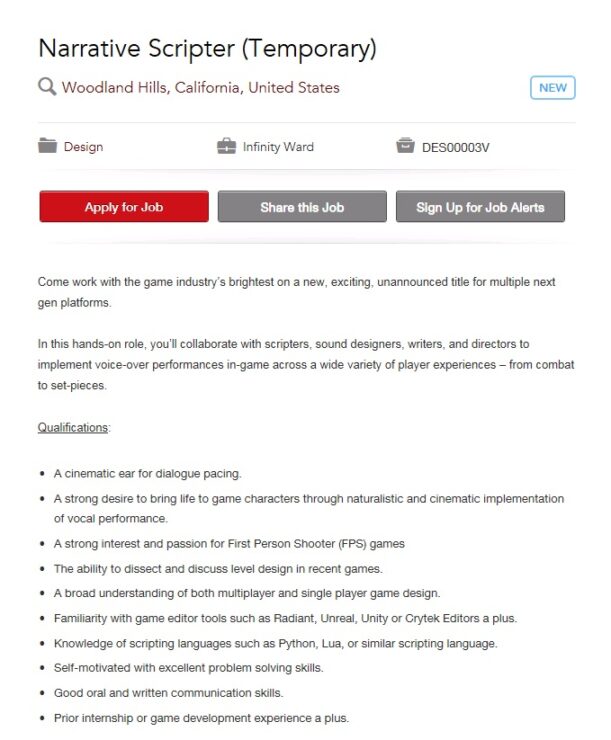 “In this hands-on role, you’ll collaborate with scripters, sound designers, writers, and directors to implement voice-over performances in-game across a wide variety of player experiences – from combat to set-pieces.”

Of course this doesn’t confirm that both the PS5 and next-gen Xbox will release next year, but the listing is interesting nonetheless. As covered earlier, several analysts have claimed that Sony’s new console could release next year, although a release in 2020 might be more likely. Microsoft has confirmed that a new Xbox is in development, but a release frame hasn’t been provided yet.