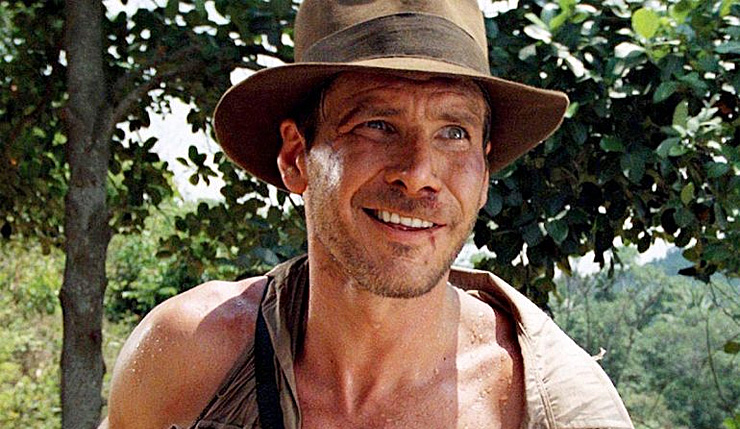 Yesterday the gaming world was taken by surprise, when Lucasfilm Games announced that a new Indiana Jones game was coming from Wolfenstein: The New Order developer MachineGames. Very little was revealed about the game, other than it will tell an original story, but fans quickly got out their magnifying glasses and began examining the game’s debut teaser trailer, and they’ve found some interesting things. You can check out an HD YouTube version of the teaser trailer, below.

Indy’s desk is littered with all sorts of historical bric-a-brac, but the most telling items are a ticket to Rome, dated 1937, and a map of the Vatican.

I know you can't read much from the Indiana Jones game teaser but but I'm going to anyway. Indy seems to be heading to Rome in 1937 according to the ticket, typewriter and map of the Vatican. Which would place the game after Ark & Temple but before Crusade. pic.twitter.com/KLVMQbzPSl

1937 places the new Indiana Jones game shortly after the events of Raiders of the Lost Ark, so this is prime-era Indy we’re dealing with. 1937 is also the year after Mussolini declared an alliance with Hitler’s Germany, so yes, in case there was any doubt, Indy will be punching Nazis on whatever quest he happens to go on. The ticket to Rome and Vatican map hints said quest may involve some Da-Vinci-Code-style mysteries and perhaps yet another attempt to collect a religious relic of some kind. In other words, this is shaping up to be a classic Indiana Jones story – no aliens, Shia LaBeouf, or other weirdness here.

In related news, Bethesda VP of marketing Pete Hines has assured fans that Todd Howard taking up a producer role on the new Indiana Jones game won’t distract from his work on Starfield and The Elder Scrolls 6…

Todd is currently EP on many BGS and other projects, such as the Fallout TV show. His main focus remains Directing the upcoming Starfield and TES6 games, which aren't affected by today's news.

A release date and platforms have yet to be confirmed for the Indiana Jones game. That said, according to insiders, it’s unlikely the game is an Xbox exclusive, despite Microsoft now owning MachineGames.