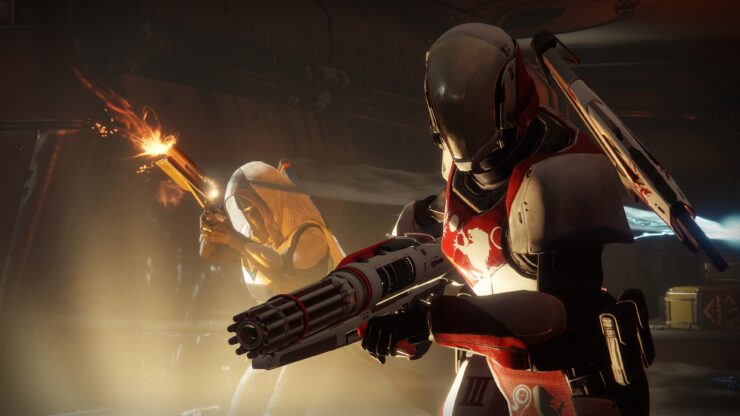 Improbable is currently one of the hottest tech start-ups, for sure. Founded in 2012, it recently received a $500 million investment by Japanese multinational SoftBank.

The company has created SpatialOS, "a cloud-based computational platform that lets you use many servers and engines to power a single world. The platform coordinates a swarm of micro-services called workers, which overlap and dynamically reorganize to power a huge, seamless world. The platform also lets you handle a huge number of concurrent players across different devices in one world."

While its applications can be extremely varied, online games are a natural fit. That's why Improbable's SpatialOS is getting more and more adoption, from Worlds Adrift to Chronicles of Elyria, from Lazarus to Rebel Horizons. You'll easily note, though, that these are all indie games.

While the trend is slowly changing with Runescape creator Jagex announcing earlier this month that future projects will integrate the technology, so far there are very few (if any) AAA games powered by SpatialOS. In an interview with GamesIndustry, CEO Herman Narula explained why while adding that he'd love a "holy union" with Bungie, being a huge fan of Destiny.

For a lot of larger, more established companies - several of which we are now engaging with - they take longer to evaluate and cycle through decisions like this. But absolutely, we want to be working with them. We don't think that anything we are doing is a replacement for the great tech teams that exist within these companies. But with us partnering with them, it will be possible to do even more. I am an amazing fan of Destiny, and I salivate at the prospect of what a studio like Bungie could do in partnership with us. That would be a holy union absolutely worth making happen someday.

Indeed, using Improbable's SpatialOS would probably help Bungie create a bigger and more lively game world. That said, it's certainly too late for Destiny 2, due to launch in September. Perhaps Bungie could consider it for the inevitable Destiny 3 in a few years from now.