We are being treated to some new products today by Apple. The company has already announced its new 13 inch Macbook Pro with Retina Display. Seems like Apple is just getting started. It has now officially revealed thew new iMac models and boy are they something. Despite sporting an evolutionary design, the new iMac models are drastically thinner than before and look superb. Its amazing to see how Apple has managed to pack an entire computer in that. Moreover, the features and specifications speak for themselves. 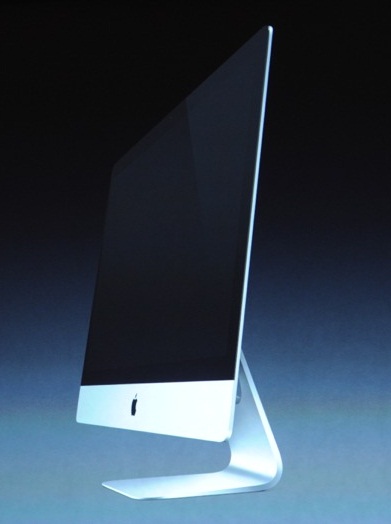 All About The New iMac Models:

The new iMacs are exceptionally thin. They feature edge-to-edge glass which further adds to its visual appeal. Apple says it is the most beautiful iMac they have ever made. It is just 5mm thin at the edges. The company has used a friction stir welding process to effectively molecularly bond the chin on the bottom to the back of the screen. The display has been made 5mm thinner and there exists a 2mm gap between glass and panel, meaning that they are laminated together. This does wonders in reducing reflectivity.

The new iMac models come in two sizes: 21.5-inch and 27-inch with a resolution of 1,920 x 1,080 and 2,560 x 1,440 respectively. The displays have 75% less reflectivity due to the lamination that we have already talked about. It is said to be eight pounds lighter than before. Furthermore now each display is individually calibrated on the manufacturing line. This means that you will not have to make any adjustments once you take the new iMac out of the box, it would be good to go. The usual suspects such as 720p FaceTime HD camera, dual microphones and dual speakers are present.

These models come with either Intel Ivy Bridge Core i5 or i7 processors. NVIDIA Kepler graphics is present. Users have the option to get up to 768GB of flash storage or 3TB hard disk drive as well as up to 32GB of RAM. There are three Thunderbolt ports and four USB 3.0 ports. No optical drive. Apple now provides an option to chose what it calls Fusion Drive. Its basically 128 GB of flash storage couple with 1GB or 3GB of hard disk storage.