The Apple Pencil is a not so cheap, $99 stylus which has been a victim of teardown by the folks over at iFixit. The Apple-made stylus was not as easy to crack open as the iFixit team required a small circular saw to open the plastic shell. However, it did reveal a sophisticated piece of electronics compiled together in a tiny body. 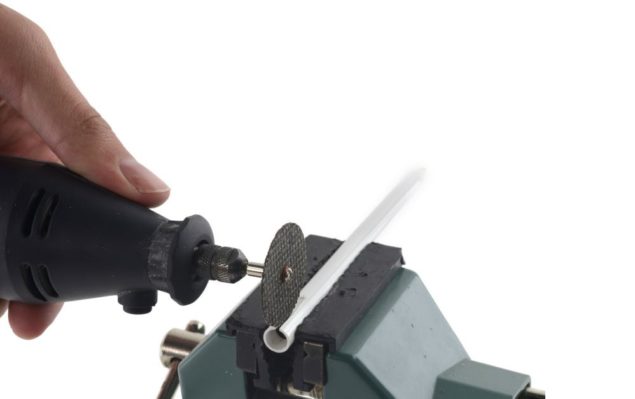 There were two casing in total, the outer plastic and the inner metallic one. Moreover, cutting through the plastic also unveiled contact points which were most probably used by the company for testing and diagnostic reasons.

So let's see what has Apple packed inside the metal casing of the Apple Pencil, cracked open by iFixit.

iFixit Scores 1 Out Of 10 For Apple Pencil Repairability

As fascinating as it looks, cutting through the metal cartilage design revealed a very small battery boasting 0.329Wh of power. For a much better idea of the battery capacity, it is merely 5% of the capacity as the iPhone 6s. Furthermore, the tip of the Apple Pencil contains two individual emitters. The emitters are responsible to judge angles and orientation of the Pencil in response to adjust the pen stroke width. 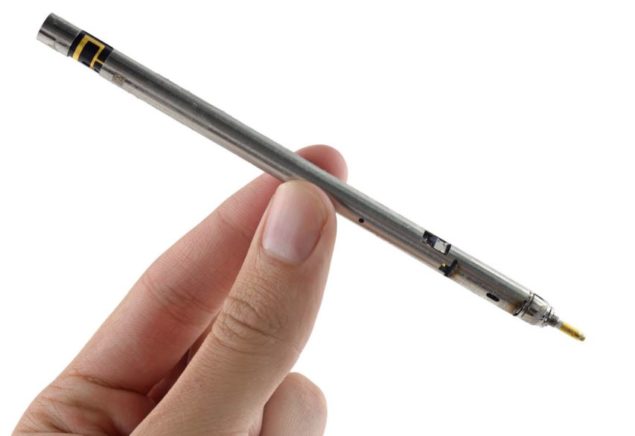 It gets really creative when it comes to the tiny logic board packed inside. The logic board is so tiny that the iFixit team has ever seen weighting in just 1g. To fit the logic board neatly inside the body of the Apple Pencil, Apple carefully folded into half. The point of doing this was to utilize the available space efficiently. This is definitely one of the smallest and lightest logic boards to fit in a consumer device. 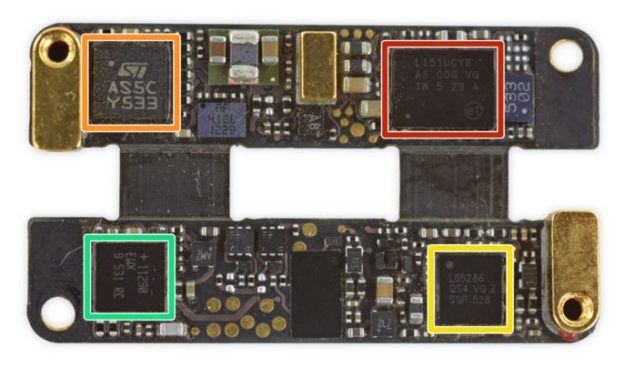 In contrast to the aforesaid logic board, the nib of Pencil contains an even tinier sensor board. The sensor board inside the nib moves between two parts and enacts as a pressure sensor, apparently. Unfortunately, the sensors on the nib had a very blurred ID number that did not reveal and could not be traced to a certain supplier.

iFixit gave the Apple Pencil 1 out of 10 repairability score. Even though it's really hard to damage the Apple pencil in daily use, in case you do so, it's apparently impossible to repair. iFixit team also reveals that the battery inside the Apple Pencil is irreplaceable, allowing it to have a limited lifespan. The Apple Pencil boasts a lot of capabilities that can accomplish tasks impossible with a finger touch.

This is all for now, folks. What do you think about the teardown? Do you agree that the Apple Pencils has one of the most unique internals for a consumer tech product? Share your thoughts in the comments.