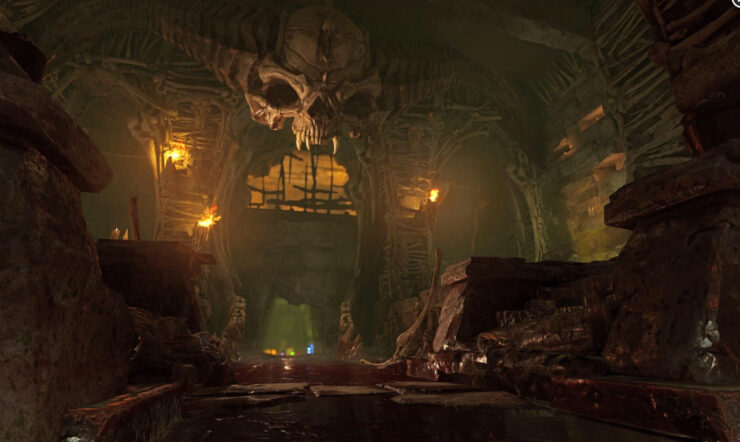 idTech 6, the latest version of the engine made by id Software, debuted with the release of DOOM a couple months ago. Mixing great performance with amazing graphics, idTech 6 made a great impression with DOOM though some might question its ability to render bigger, more open worlds.

The engine can support relatively open worlds but it wasn’t our goal with the current idTech iteration, it was all about what worked for DOOM.

It sounds like environments can be more open than what we've seen in DOOM, but not quite enough to render something like Bethesda's Fallout or Elder Scrolls games.

Another interesting technical tidbit is whether or not idTech 6 supports destructible environments. Apparently it does, though Sousa said that the team intends to improve on this aspect.

We support destructible environments. It’s something that is definitively on our list to improve. I think particularly these days, fairly good and performant results can be achieved with geometry cache type of solutions for massive scale destruction, mixing with physics for lower scale.

DOOM recently received a patch that enabled support for the Vulkan API, yielding considerable performance improvements in some cases.

The next title powered by idTech 6 could very well be Quake Champions, the arena shooter recently announced by id Software. The developer should announce more information about the game during Quakecon, scheduled to take place on August 4-7 at the Hilton Anatole, Dallas, Texas. Stay tuned for more.