We have seen electric cars a lot but something we don’t a lot of are electric buses. But that is about to change, according to a report from South Korea’s ET News, Hyundai is getting ready to mass produce fleets of electric buses. The buses would be equipped with two 51kWh batteries that would power them upto 100 kilometers in a single charge. The company plans to get the development into the next gear in 2017 and has a goal of getting the buses to be functional in its home country of South Korea and in China as well.

The company is more determined than ever to push into electric

The new fleet of buses will most likely get their batteries from LG, according to ET News. LG already makes lithium-ion batteries for the Chevy Bolt and will be a good partner in the long run. The biggest competitor of LG in this battery business is Panasonic which is making batteries for Tesla’s electric lineup. 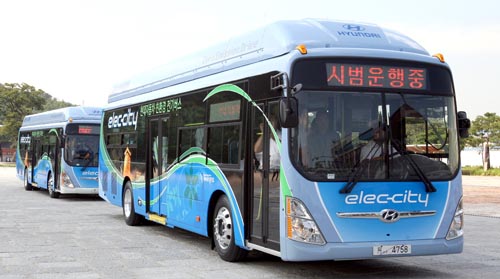 This is not the first time the company has had thoughts of mass producing electric buses, as ET News reports. They were going to do a similar thing back in 2014 but postponed their plan because of “marketability”. But since their decision the popularity of electric vehicles has increased a lot mainly thanks to Tesla. Hyundai finds next year as the right time to finish what it started years ago and believes that there is a lot of untapped potential in this market, a research firm forecasts the value of this market at over $100 billion by the year 2026.

Like many other companies, Hyundai has also been increasingly interested in going electric. The company launched a fuel cell version of its Tucson SUV and also makes hybrid and plug-in hybrid versions of its Sonata sedan. Another thing which confirms the South Korean automakers electric ambitions is that this week, Gyoo-Heon Choi who is the president of Hyundai’s motorsports division, stated that they are interested in joining Formula E (the first all-electric global racing series). 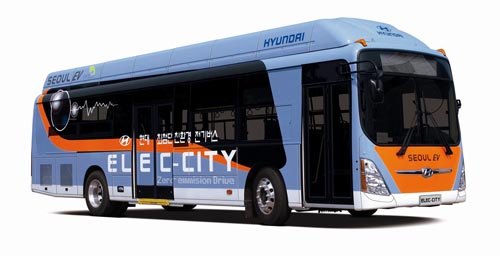 This is a nice initiative; we would like to see more companies follow the footsteps of Hyundai and produce more electric vehicles. We would like to know your valuable feedback on this topic, please write your views in the comments below.