It’s All About Assistants at CES 2017: Now Control Your Hyundai Car Through Google Home 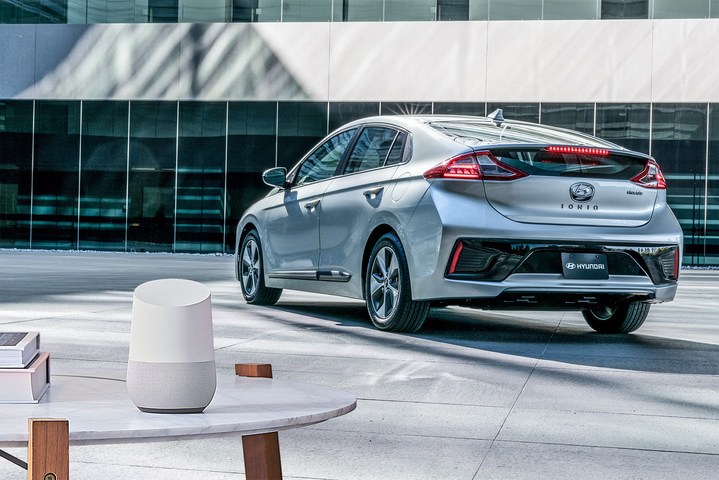 CES 2017 has started today, and we are already looking at the expected collaborations of different products with smart assistants. In the latest news, Hyundai has announced its plans to team up with Google to make its cars connected with the Assistant. Hyundai's Blue Link service will offer automatic emergency support and enable owners to control various aspects of their cars remotely. This integration will be through a connected smartphone, Apple Watch, or Android Wear device.

At CES 2017, the car maker announced its partnership with Google to add voice control to its vehicles using Google Home, Google's Echo rival. Virtual assistance was highly expected to be one of the biggest trends of CES 2017, as we look toward new partnerships that Google and Amazon's virtual assistants are developing with third-party products and services.

Hyundai is showing off its Blue Link software at CES 2017, which interacts with Google Assistant to control connected features of the cars. With this integration, car owners will be able to ask Google to start their car, lock doors, and perform other similar tasks. Blue Link also supports Google Maps, so you can send directions and addresses using Google's mapping data straight to your car through voice control.

The integration will require you to provide Google Assistant with a Blue Link PIN to ensure you have the authority to control the vehicle. Hyundai has promised to add more features when the integration is launched to the public. The Google Home production is expected to be introduced to compatible vehicles soon, but there is no estimate as to when the company will offer Google Assistant for voice commands.

This integration and support for voice control isn't a new feature for Hyundai. The car maker has already offered similar capabilities of controlling your cars through phones and smartwatches. However, it will probably be the first "official" integration of a connected car with a digital home assistant. Nissan also appears to be announcing integration of Microsoft's Cortana with its cars, but more will be known after its keynote on January 5.

Three days until #Nissan's keynote at #CES2017! (Just ask #Cortana to remind you…) Catch it on @Twitter or @YouTube: https://t.co/yre8W4jf8F pic.twitter.com/ZMfs4xCem9

Ubiquitous and powerful home (and car) assistance? It's finally here.