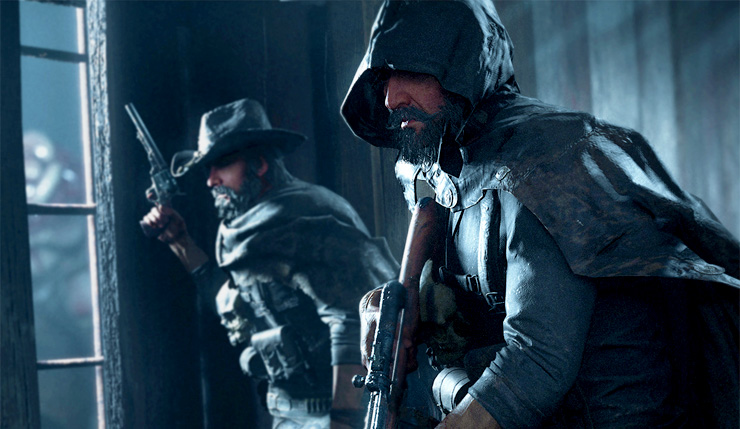 The past summer, it was announced that Crytek’s PvPvE monster killing game Hunt: Showdown would be coming to Xbox Game Preview, but it’s been radio silence since. Well, thankfully Xbox One owners finally have an update – Hunt: Showdown will be coming to the console sometime this spring. A new teaser trailer featuring footage running on the XB1 has also been released. You can check it out, below.

For those unfamiliar, Xbox Game Preview is essentially the console’s version of Steam Early Access. Game Preview titles are purchased from the Microsoft Store as usual. Hunt: Showdown will likely cost the same as it does on Steam ($30). Here’s what Crytek producer Fatih Özbayram had to say about Hunt finally coming to Xbox One…

“We continue to want Hunt: Showdown’s development to be community-driven, and an Xbox Game Preview release allows us to base further development work on community feedback as we test and refine new features, equipment, cast and settings. The dialogue between the Hunt community and Hunt developers will be important in creating a fun experience.”

Here’s a quick catchup on what Hunt: Showdown is all about:

Savage, nightmarish monsters roam the Louisiana swamps, and you are part of a group of rugged bounty hunters bound to rid the world of their ghastly presence. Banish these creatures from our world, and you will be paid generously, and be given the chance to buy more gruesome and powerful weapons. Fail, and death will strip you of both character and gear. Your experience, however, remains in your pool of hunters (called your Bloodline) always.

Hunt’s competitive, match-based gameplay mixes PvP and PvE elements to create a uniquely tense experience. At the beginning of each Bounty Hunt match, depending on whether you have chosen team play or solo play, up to five teams of two or ten solo players set out to track their monstrous targets. Once they’ve found and defeated one of these they will receive a bounty—and instantly become a target for every other Hunter left on the map. If you don’t watch your back, you’ll find a knife in it, and your last memory will be of someone else walking away with your prize. The higher the risk, the higher the reward–but a single mistake could cost you everything.

Hunt: Showdown is currently in Early Access on Steam, and hits Xbox Game Preview soon. A full release date hasn’t been announced yet, although it's expected sometime in 2019.