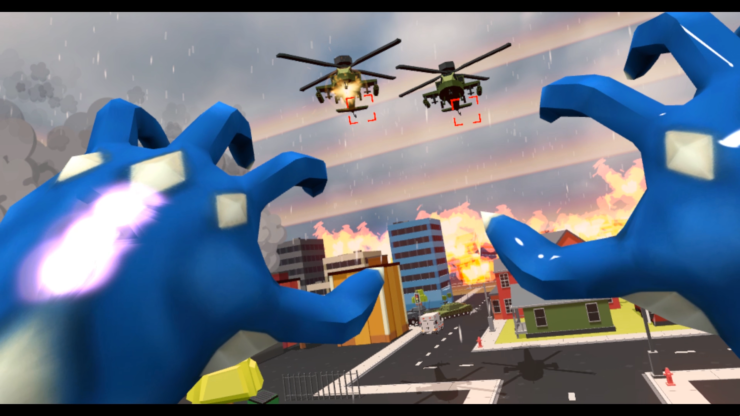 Now we can finally wreck a city like Godzilla. Take a look at the destructive (and fun) trailer for VR Monster Awakens, a game that turns you into a giant monster and lets you wreak havoc across a city. As a monster, you'll be able to pick up and toss tanks and enemies as well as using your real body actions working in tandem with the VR headset and controls.

The people of Simplicity accidently wake up an ancient monster and let's just say the monster isn't too happy with the annoying mortals waking him up.

Here's a breakdown of what to expect in VR Monster Awakens in a press release by FIGHT4DREAM:

VR Monster Awakens is available on Steam Early Access for $12.99, exclusively on HTC Vive. FIGHT4DREAM is looking to release the game in a handful of months. Currently, you can play one map on 2 difficulty modes, 3 party modes, tutorial and free-style game mode.