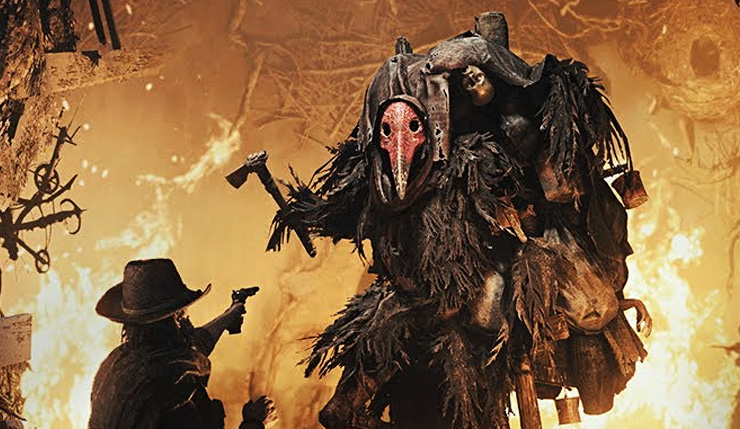 It’s been over three years since Hunt: Showdown first launched in early access, and Crytek is celebrating in a big way with an all-new boss! Previously, there were only three bosses in the game, so adding a new one is a pretty big deal, and Scrapbeak certainly looks like an intimidating threat. The crow-themed baddie looks to be fast, smart, and his barbed-wire-filled "nest" does not look like a welcoming place (to say the least). Check out the first trailer for Scrapbeak, below.

That’s a bird you don’t mess with! Here’s a brief official description for Scrapbeak:

You have fought together and finally the time has come. A new threat emerges from the darkness… Scrapbeak is here! Scrapbeak is prepared for Hunters to make a wrong move. The veteran soldier turned abomination is aware of what man is capable of & does everything to uneven the odds in their favor, tempting their victims to strategize early or never again.

Hunt: Showdown is currently in the midst of a special anniversary event – now that Scrapbeak has been unlocked, players can use the event points they collect to unlock a variety of new gear. Here’s a rundown of the gear available via the anniversary event…

Hunt: Showdown is currently available on PC, Xbox One, and PS4, and playable via backward compatibility on Xbox Series X/S and PS5. The current event will continue until April 12.