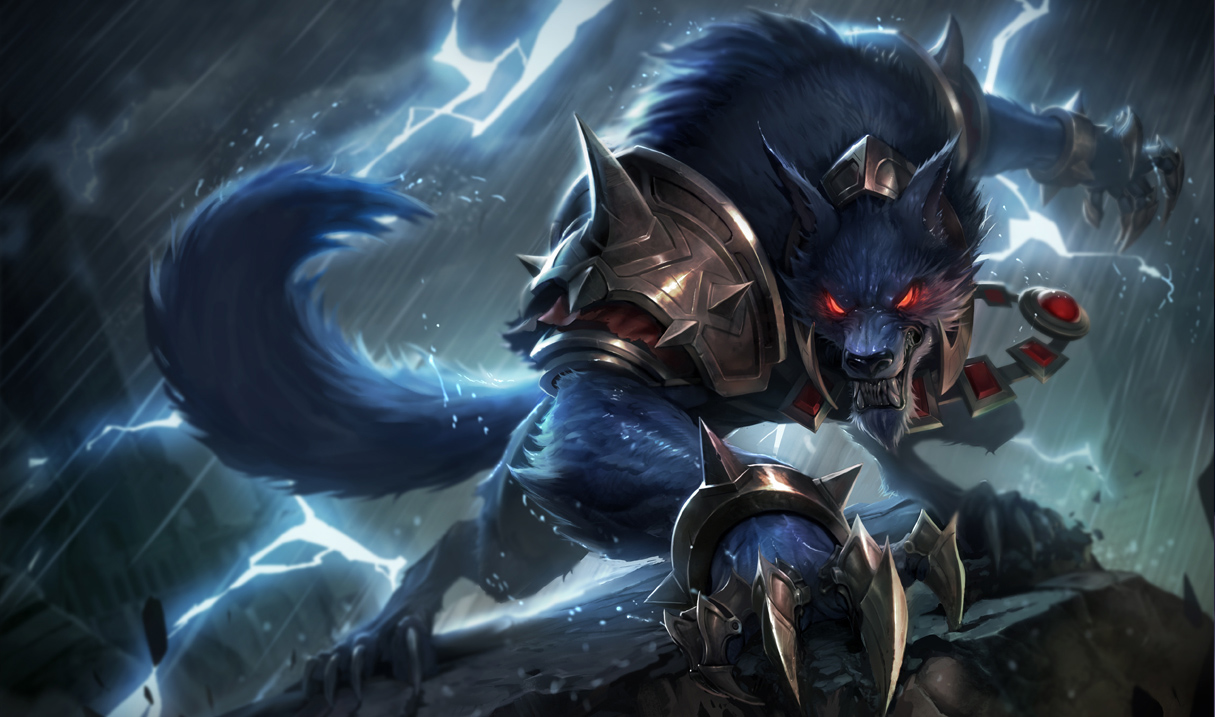 Justice has fangs and a crazy syringe arm claw-thing. Riot just released the trailer for the latest redesigned character to be updated in League of Legends.

The trailer shows some of Zaun's criminal element being stalked the giant bioengineered werewolf. As it turns out everyone's favorite werewolf who was presumed dead is now back with some upgrades and a big chip on his shoulder.

The trailer didn't show any gameplay or reveals how Warwick will play now. Warick not only received a visual update, but his skills have also been reworked. Recently, League of Legends has been reworking classic champions to make them more effective in competitive play. If you go by the trailer, it might be safe to assume that Warwick's abilities will pounce on fools. There's the big chemical pack on his pack that will most likely buff him up during battle.

Here's some lore that explains how Warwick ended up becoming a terrible experiment of the awful Singh:

Procured a cutthroat hiding among the populace and feigning civility. Only a disciplined eye could recognize the beast within, yearning for release. How could I refuse? For what is my work if not an attempt to reveal life’s hidden truths through science? It required two doses to subdue him. Impressively resilient. A necessary quality to survive the grand catalyst of pain and provoke the transmutation. The metamorphosis will reshape the man into a chimeric predator, and all of Zaun will be its hunting grounds.

The reworked Warwick should be hitting League of Legends PBE Servers later this week.