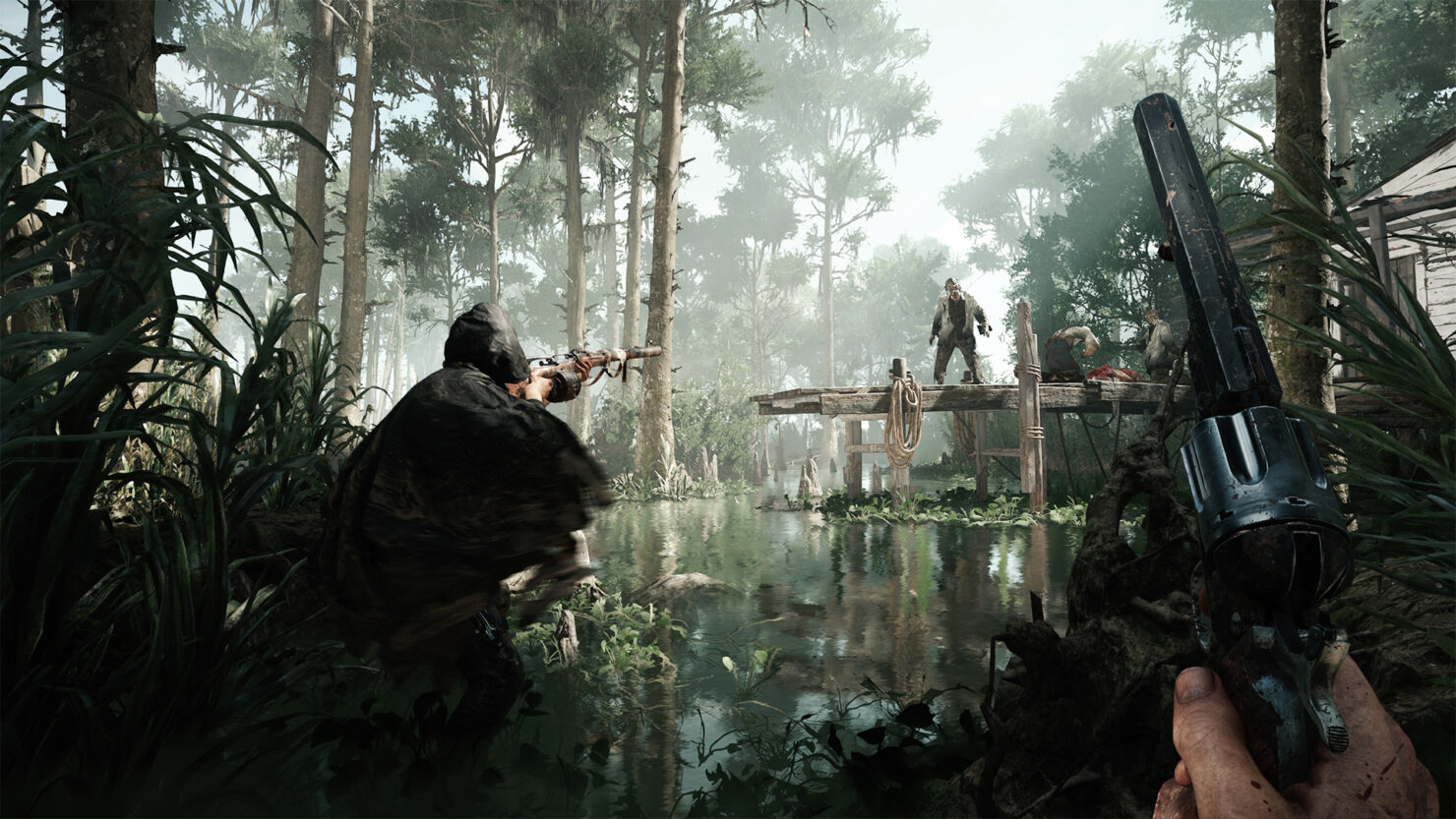 You might remember that Crytek had announced a game called Hunt: Horrors of the Gilded Age a few years ago. That was meant to be a cooperative monster hunting game, but there were quite a few of those coming up.

Instead, when Crytek USA (which was originally working on the project) dissolved, the game's development got back to Crytek Frankfurt where a team of developers from the Crysis and Ryse projects reshaped it from the ground up.

The result is now something quite unique which impressed critics at E3 2017. Hunt: Showdown is the new title, to reflect the new PvPvE focus.

Five teams of two players each will enter maps filled with scary and powerful monsters. Their mission will be to kill and then banish a monster; however, once the monster has been banished the players' location will be notified to the other teams, much like an extraction in The Division's Dark Zone. That's not even the worst of it: if your character dies, that's it for him or her. There's permadeath in place, meaning that you'll lose all of your gear.

That said, Crytek explained there will be a Bloodline system in Hunt: Showdown allowing players to retain experience and start with a new hunter from a higher level once the old one is done for.

In the video, Hunt: Showdown Creative Director Magnus Larbrant and Level Design Director Chris Auty hunt down a monstrous spider in a dark Louisiana swamp. With four other teams of two after the same bounty and many more monsters lurking in the shadows, they must use a combination of stealth maneuvering and violent confrontation to reach their goal and get out with the bounty—and their lives.
Though matches can last anywhere between 20 and 40 minutes, this gameplay footage consolidates one round into a tense eight-minute experience, capturing the atmosphere, drama, and arc of the gameplay players will experience when Hunt: Showdown launches for PC.

There's no release date yet, meaning that you probably shouldn't expect this before the end of 2018 at the earliest. However, Crytek did say they will allow players to play the game ahead of the release, probably with a beta.

Meanwhile, take a look at how beautiful Hunt: Showdown can look even at 1080P resolution, showcasing once again Crytek's mastery with graphics.